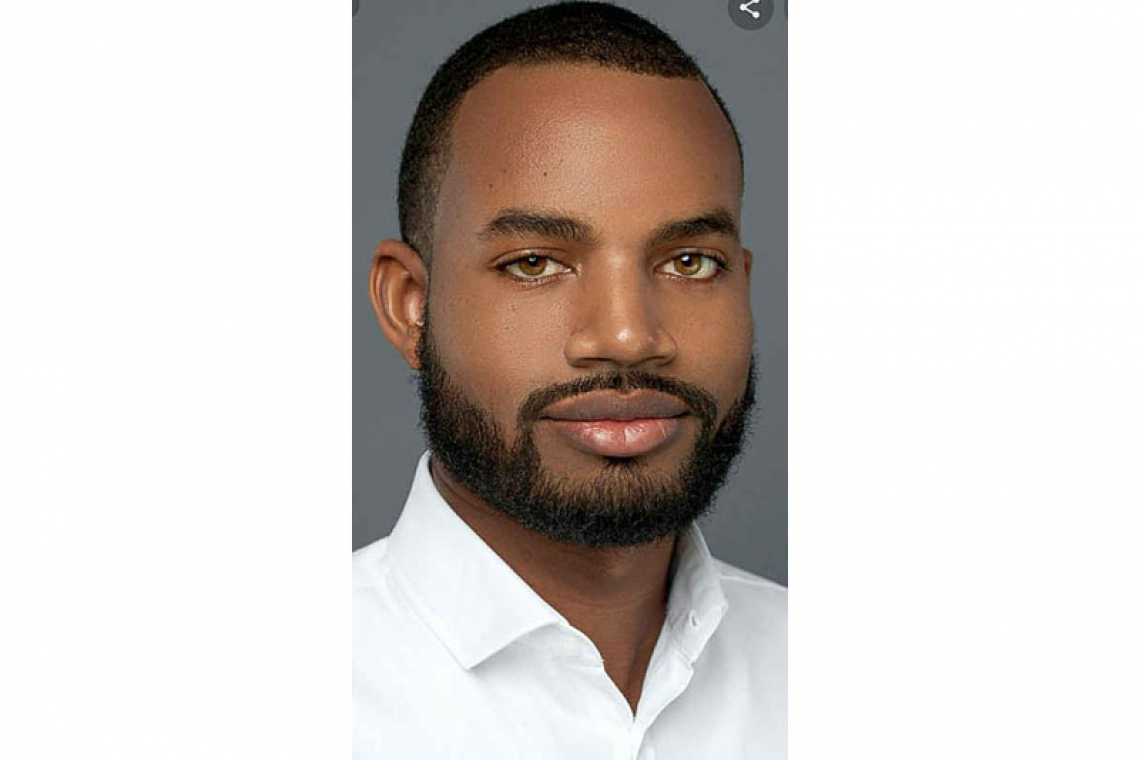 PHILIPSBURG--Party for Progress (PFP) has severed ties with its co-founder Charlon Pompier, who called the move an “extreme and sudden form of drastic action.”

Pompier was informed of his expulsion from the party via a letter dated May 17. He said in a response letter dated May 18, addressed to the party’s governing board and members, that although the expulsion letter had been very random, he respected the decision of the majority. “To be clear, I was never informed or questioned by any member of the party or board regarding a case of party misalignment or disconnect that would result in this extreme and sudden form of drastic action,” Pompier wrote in his letter.

“For the record, I do not agree with the contents of the letter, but I accept the end of my membership of the PFP.

“As a co-founder of the Party for Progress, I have the right to be direct with my communication and express any concerns about the functioning of the party verbally or in writing. In times of disagreement, we have had professional exchanges in writing. I understood that this was how matters are handled within the party. Measures such as these according to the articles of incorporation would have required some sort of severe action on my part and I have not been provided any specific details in that regard,” Pompier wrote.

In response to Pompier’s letter, PFP leader Melissa Gumbs said there had been an attempt to meet with him on Tuesday, May 17. After confirming his attendance to the invitation sent the previous week, Pompier did not reconfirm when asked on Monday, May 16. On the morning of May 17, he was informed that the meeting concerned his future in the organisation, but he still did not reconfirm his attendance, Gumbs said.

“Fifteen minutes prior to the start of the meeting, we received a message from Mr. Pompier informing that he was busy and would not be able to attend, but asked that we let him know the outcome of the meeting. This was done via the official letter sent to him, communicating the decision taken,” Gumbs said in the statement.

Pompier said in his letter that he had been told that the May 17 meeting was for previous candidates to come together, which made him think it was about who was interested in running in the next election.

“With the meeting location being held in a parking lot at night, it gave the impression that it was an informal gathering. I was planning to attend the meeting, but a family matter came up that took priority; as many of you know, I have two babies under the age of two. I was not informed that the meeting was regarding the expulsion of a co-founder of the party,” said Pompier.

“It seems that the termination relates to my position within VROMI [Ministry of Public Housing, Spatial Planning, Environment and Infrastructure – Ed.] as a Department Head.

“As you may very well understand, I am not at liberty to subject myself to insubordination and violation of confidentiality at work at the preference of some in the faction, as this could have consequences for my job. My job is what provides for my family. My duties as a civil servant do not reflect my political perspective. which some within PFP should understand. Although I believe this matter should have been handled differently, I accept the decision of the board,” stated Pompier in his letter.

Gumbs said she wanted to make it clear that at no point in time did she or MP Raeyhon Peterson request that Pompier break confidentiality of his position.

“We made it a point not to engage with him regarding his role in the Ministry, because as Members of Parliament we have ‘direct’ access to Ministers via official questions on the floor of Parliament and in writing. We do not shy away from questioning any and all Ministers, because to do so would be a major disservice to the people of St. Maarten by us as elected representatives.”

Gumbs said also that distraction tactics will not keep PFP from continuing to dive into the activities of any ministry.

“It has been the norm in St. Maarten to imply that MPs or factions that are questioning certain actions by current and past governments, which is part of our job, are ‘targeting’ ministers on a personal level. Make no mistake: when this faction asks questions, we are targeting professional conduct and actions within the entire ministry.

“As PFP we are disheartened by the claims made, as we assumed that the news was well-received, based on his very understanding response to the official letter in the morning hours of Wednesday, 18 May 2022. Thus, the allegations in his reaction letter were confusing to say the least. Nevertheless, we wish him well and will now turn our energies towards the continued execution of our jobs,” Gumbs stated.

Pompier said that although the matter should have been handled differently, he accepts the decision of the board. He said PFP had been established due to a mutual discontent with the political environment and the mission to improve the quality of life in St. Maarten, and he wished the party much success in the future and expressed hope the party will continue to uphold the principles and values on which it was founded.