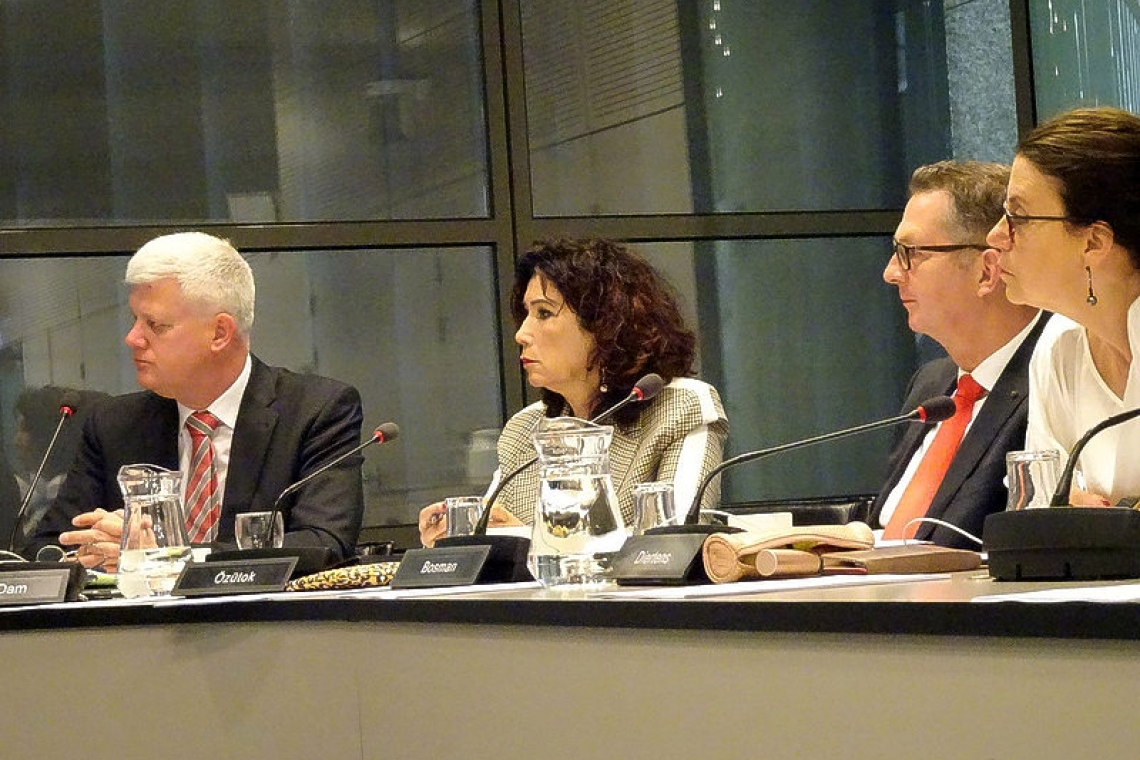 Members of the Second Chamber of the Dutch Parliament at work. (File photo)

THE HAGUE--There is broad support in the Second Chamber of the Dutch Parliament for State Secretary of Home Affairs and Kingdom Relations Raymond Knops’ law proposal to prolong the supervision on the St. Eustatius government while working towards phasing out the Dutch intervention.

Parties represented in the Second Chamber still support the “painful, but necessary” measure in February 2018 to send home the Executive and Island Councils and to appoint a Government Commissioner in an effort to restore order in St. Eustatius and to end what was termed “lawlessness” and “gross negligence” on the part of the then local government.

The intervention by the Dutch government should not last any longer than is necessary, the parties made clear in a document that has been compiled in anticipation of the handling of the proposed Recovery Facilities St. Eustatius Law, submitted to the Dutch Parliament late March 2020.

Parties stated that they were in agreement with the view of the Dutch government that elections for a new Island Council should be called as soon as possible. “The democratic embedding of the St. Eustatius government is a prerequisite for a sustainable return to regular governmental relations,” stated the Christian CDA party.

“For the people of St. Eustatius, it is of great importance that the local democracy is restored as soon as possible. Elections are imperative for the population, because it ensures that they are represented,” stated the Democrats D66.

The Socialist Party (SP) said it agreed with the “growth model” to restore local democracy and have elections as soon as possible. At the same time, the SP agreed with The Hague that it was too early to pull back the Government Commissioner.

The Labour Party PvdA wondered whether having elections in October this year wasn’t “a bit ambitious.” The coronavirus crisis may very well interfere with the election process, and there may be practical consequences for activities such as campaigning. “Daily life has changed for residents as a result of the crisis. How big is the risk that the people are now focusing on getting through this crisis and the (possible) loss of jobs instead of the elections?” asked the PvdA.

The ChristianUnion asked if it was “practically possible” to prepare the elections under the current circumstances.

The SP said it had been a very tough decision in 2018 to “suspend democracy” in St. Eustatius, but that just like all other parties in the Second Chamber, it agreed that the “lawlessness, bad management, intimidation and discrimination on the island could no longer continue.”

According to the PvdA, it is essential that sufficient concrete and tangible results have been achieved if the restoring process is to be successful.