Paris Court of Justice throws out 6-year case against SEMSAMAR 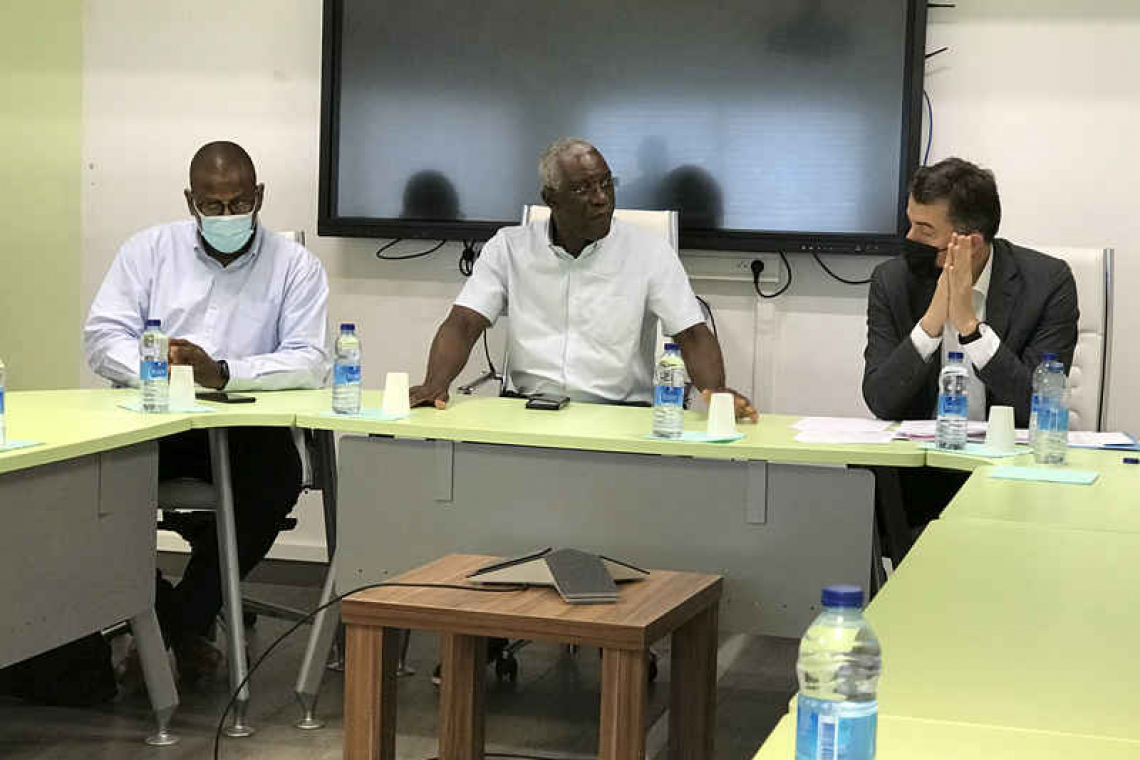 MARIGOT--The St. Martin-based mixed capital company SEMSAMAR has learnt that a six-year investigation into the company’s alleged misappropriation of public funds, exercising favouritism in the awarding of contracts, and taking illegal interest has resulted in the case recently being dismissed in SEMSAMAR’s favour by the financial investigating judge at the Paris Court of Justice.

The news was presented at a press conference this week attended by the company’s lawyer Maître Sébastien Schapira, Lawyer at the Paris Bar, who defended SEMSAMAR in this case. Also present were SEMSAMAR President Yawo Nyuiadzi, Delegated Director General Laurent Pinsel, board members and staff representatives.

The examining magistrate concluded that SEMSAMAR not only did not commit the acts of which it was accused, but also recognised it was the victim, suffering significant financial and moral prejudice.

These serious accusations generated extensive media coverage that damaged SEMSAMAR’s image and reputation. The company, of which the Collectivité of St. Martin is the majority shareholder (51 per cent), mainly constructs social housing and other projects in St. Martin, Guadeloupe, Martinique and French Guiana.

Following publication in 2013 of the report of the Inter-Ministerial Inspection Mission for Social Housing (Mission Interministerial d’Inspection du Logement Social), irregularities were brought to light from the audit and taken up by the Basse Terre prosecutor.

The report denounced, among other things, the exorbitant remuneration paid to Director-General Marie-Paule Bélénus-Romana, appointed in 2009 following the retirement of her predecessor Jean-Paul Fischer. She was being paid 1.5 million euros per year, partly made up from commission on projects. Bélénus-Romana was dismissed in 2018, her position taken over by Nyuiadzi.

SEMSAMAR was subjected to general mistrust on the part of local authorities, its main clients and partners in its housing development activity, and from the State.

The terms of legal proceedings were pronounced during the visit of President of the Republic Emmanuel Macron in September 2018, one year after the passage of Hurricane Irma, and more generally, Macron gave formal notice to SEMSAMAR to “put an end to these schemes and corrupt practices” and to return to the forefront of its primary mission, social housing, under penalty of legal proceedings.

Nyuiadzi said the judicial decision gives the company “a token of confidence” to move forward, restore its reputation and begin a new lease on life.

“Let us not forget that it is also the families of our 400 employees who have suffered from this situation since the beginning of this affair,” he said.

It was understood that SEMSAMAR is filing a civil suit for damages.