One negative result and one pending for COVID-19 couple 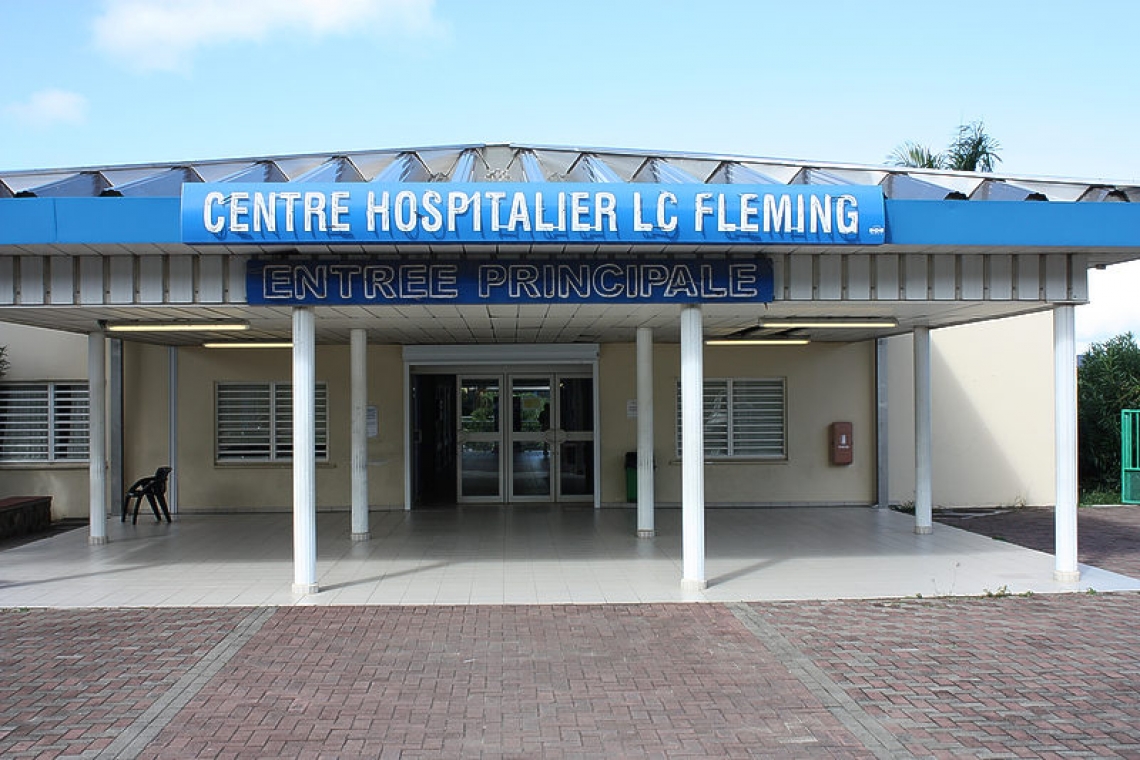 MARIGOT--The Préfecture disclosed Tuesday that a second negative result for  coronavirus COVID-19 has been obtained for the woman who has been in isolation in Louis-Constant Fleming Hospital, while the second test result for her husband is still awaited and possibly expected by this Friday.

Two negative tests of the couple are required before they can be declared virus-free, at which time they will receive a medical certificate permitting them to leave the island. The status of their son in St. Barths was not immediately known.

The couple was detained at Princess Juliana International Airport on February 28 and evacuated to Louis-Constant Fleming Hospital for a mandatory quarantine period of 14 days despite showing no symptoms of COVID-19. However before arriving on the island and travelling on to St. Barths they had come from an area of France that was considered high risk for the virus.

The regional health agency ARS said it was “highly likely” the couple had passed the coronavirus on to their son without knowing it because of the prolonged contact with him. ARS added it had subsequently traced as many people as it could who might have been exposed to the couple and all tests had been returned negative.

ARS stressed that other than the two cases in St. Martin and one in St. Barths there are no new suspected or confirmed cases in St. Martin or St. Barths and there are no cases in Dutch St. Maarten. However, it recommends the following hygiene practices are adhered to religiously to protect you and those around you: wash hands frequently, cough into your elbow, use tissues instead of handkerchiefs and discard after one use, avoid shaking hands or hugging during greetings, and wear a mask when you are sick.

In addition, if symptoms are suspected, take your temperature twice a day, determine whether you have respiratory problems (coughing, sneezing, breathing difficulties), wear a surgical mask in front of other people and when you go out, wash your hands frequently with an alcohol-based hand sanitiser, avoid contact with fragile people (elderly, pregnant women, people with chronic diseases), avoid places like hospitals where there are sick people about, avoid mixing in large gatherings (concerts, restaurants, cinema).

If you develop a fever or have difficulty breathing call Service Aide Medicale Urgente (SAMU) on 15 and report where you have travelled from. Avoid contact with those around you and wear your mask. Do not go directly to a doctor or the emergency room of the hospital. Wait for SAMU to collect you.