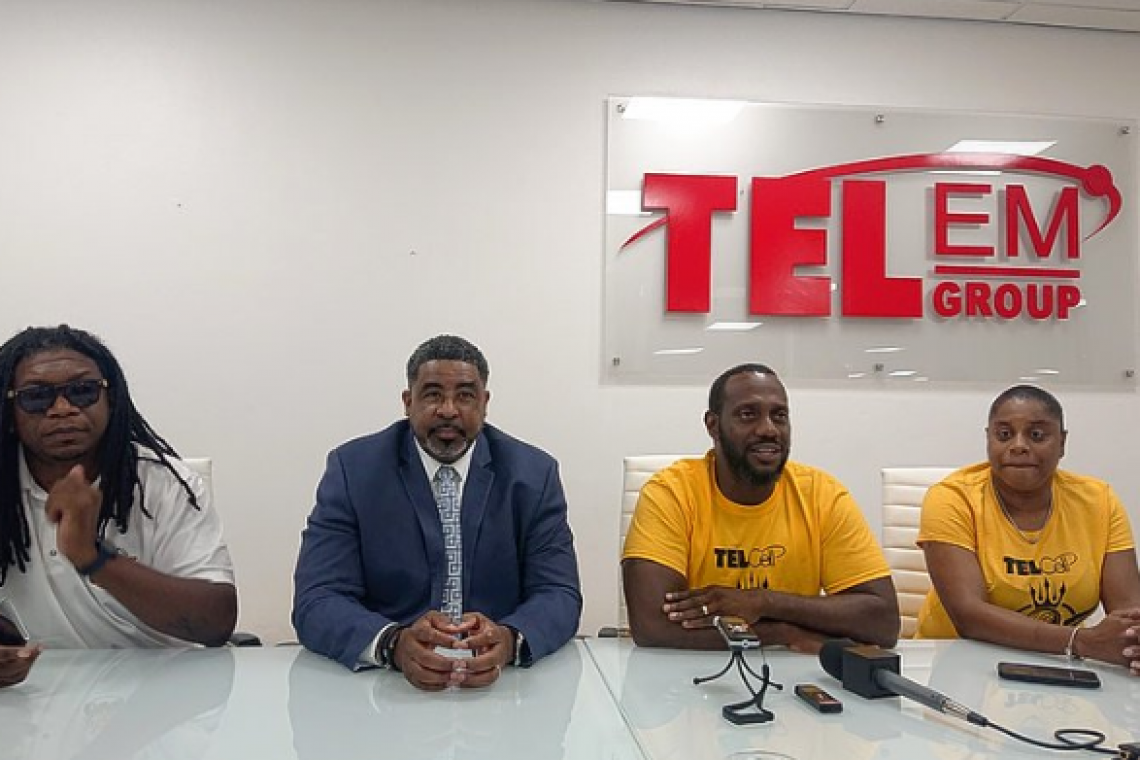 PHILIPSBURG--In what organiser Xtratight Entertainment says will be a “retro” version of the beloved Carnival show Night of the Hitmakers, organisers unveiled the line-up comprising its next edition, which will take place at Carnival Village on Saturday, April 25.

Local musicians Tones Band, formerly known as Rollin’ Tones, will take the stage at this year’s Night of the Hitmakers. “This is a band we can say is part of the foundation of Carnival,” said Bertaux “Mr. Rude” Fleming of Xtratight Entertainment at a press conference on Tuesday afternoon.

Zouk and kompa sensation Harmonik is also set to rock the crowd, said Fleming. “[This band – Ed.] is really large right now, in high demand. The Haitian community and the kompa community have been longing to see this band,” he said.

According to Fleming, Aruban singer Claudius Philips will also be returning to Night of the Hitmakers “by popular demand.”

Rounding out the line-up is a segment Fleming calls “Soca meets Bouyon”, where Antigua’s Burning Flames and Dominica’s WCK will be performing as the show’s headliners. However, this will not be an ordinary performance by the two regional music giants. Both bands will be performing with all their original members, bringing fans back in time before their respective splits.

Tickets will be sold differently than previous years, utilising a “phase” concept, said Fleming. “Think of an airline; when you book your ticket … the later you wait, the more the price,” he said. All Phase One tickets have been sold and currently organisers and ticket outlets are selling Phase Two tickets, which cost US $30. When these are all sold out, they will move to Phase Three, which will cost $35, followed by Phase Four which will cost $40.

“I’m excited. I think we are not going to compromise where our production is concerned. Persons can expect a high-energy, high-production show with a lot of surprises,” said Fleming. He also thanked sponsor TelEm Group for its support over the years.

“It has always been a pleasure working with Mr. Rude and his crew. … As of now we are completely and totally satisfied with Mr. Rude and his team’s production, and we will continue to support as long as we are capable of doing it, in putting together these shows for the enjoyment of our TelCell customers and the St. Maarten public in general,” said TelEm Group Chief Executive Officer (CEO) Kendall Dupersoy.

“Hitmakers is one of our flagship shows. It kicks off one of the crazy weekends we have in this coming Carnival. Get your dancing shoes …

“Congratulations to the Xtratight crew. I can close my eyes and know it will be a good show,” said St. Maarten Carnival Development Foundation (SCDF) President Alston Lourens.