New publication ‘Voices’ to be introduced in St. Maarten, June 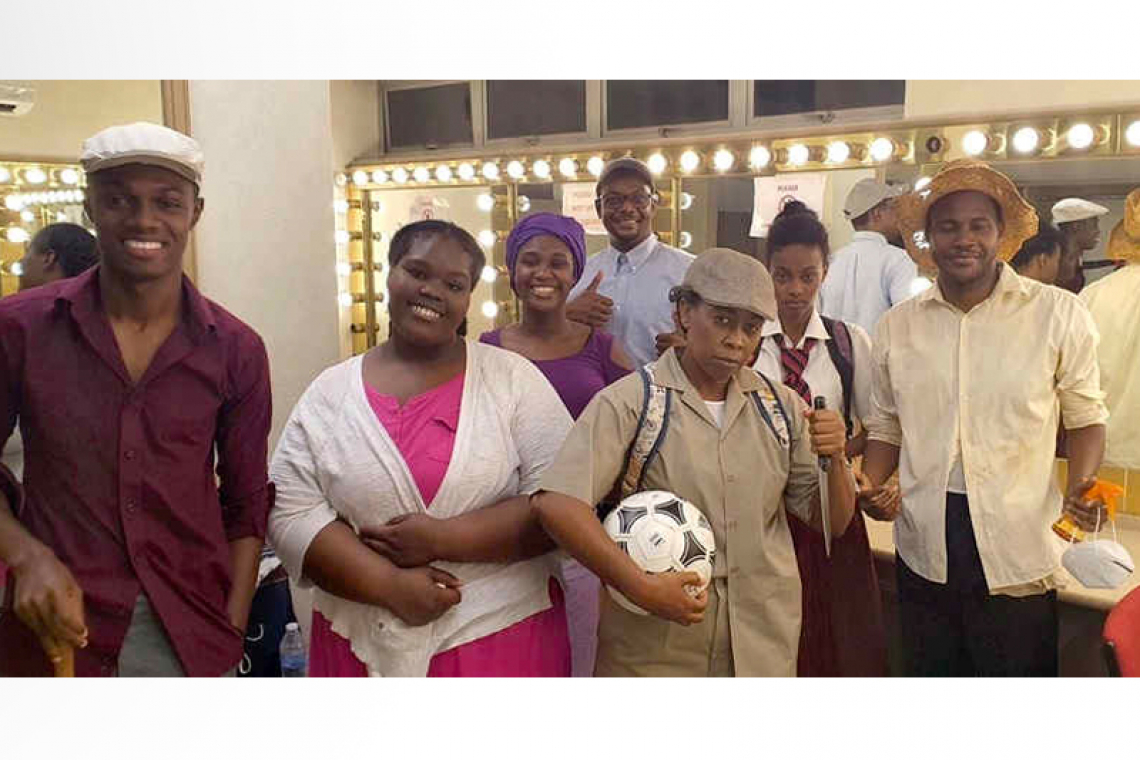 Professional and student actors in character for seven pieces from “Voices: Monologues and Dramatic Text for Caribbean Actors”, including “Panama Blues,” “De Specialist” and “Broken Dolls”, that were performed at Walcott Warner Theatre, The UWI, Barbados, on April 1. (Photos courtesy Y. Weekes)

PHILIPSBURG--Voices: Monologues and Dramatic Text for Caribbean Actors is the newest book for the region’s theatre teachers and students, aspiring actors and those auditioning for or practising to direct stage and movies, says Jacqueline Sample of House of Nehesi Publishers (HNP) in St. Martin. 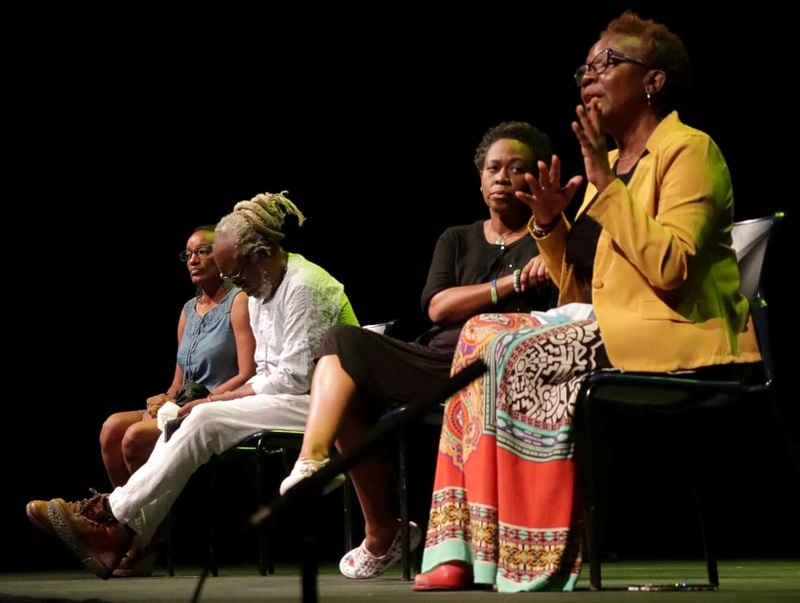 Voices: Monologues and Dramatic Text for Caribbean Actors is one of the newly published titles that will be introduced at the opening ceremony of the 20th annual St. Martin Book Fair, June 2 to 4, said Shujah Reiph, book fair coordinator.

The book offers “the Caribbean and the world insight into the region and what sets it apart from the rest of the world or what makes it a part of it,” said Marlon Williams, Head of Performing Arts Section at Jamaica’s Ministry of Education, Youth and Information.

A textbook feature of Voices is its “Activities and Questions” section. “I trust this text will go some way to providing material for Caribbean theatre and acting students and their teachers; and exciting material for any actor engaged in our stories,” said Yvonne Weekes, who is a theatre arts educator at The University of the West Indies (The UWI) in Barbados and an award-winning film director.

Weekes see Voices as an outcome of “the birth of Theatre Arts subjects offered by the Caribbean Examinations Council CXC at the Caribbean Secondary Education Certificate (CSEC) level.

“Furthermore, the introduction of Performing Arts at the Caribbean Advanced Proficiency Examination (CAPE) level has taken the candidates’ exposure and honing of skills in the arts to a whole new level,” Weekes continued. Voices was edited by Weekes.

The anthology contains 36 monologues, short plays and experimental dramatic text by playwrights, filmmakers and writers from Trinidad and Tobago, Barbados, Antigua, St. Martin and of Caribbean heritage based in the United States of America (USA).

Jumbies, stick fighters, students questioning their future, sketches of Caribbean political leaders and controversial historical figures, frightening mental health issues and child abuse are some of the folk and real-life drama to be found in Voices.

“True Caribbean stories about volcano eruption, migration to Panama, an elderly housewife’s life of love and longing, and kaisonian tragedy and the Parsley Massacre are also subjects captured in Voices to act out in the classroom, community centre, church and carnival talent shows, and for the professional stage and short films, said literary critic and theatre director Fabian Adekunle Badejo.

The Voices anthology is available at The UWI Bookshop, Barbados, and the e-Book edition from HNP will be available online in June.