New multifunctional recreational park to be built in Middle Region 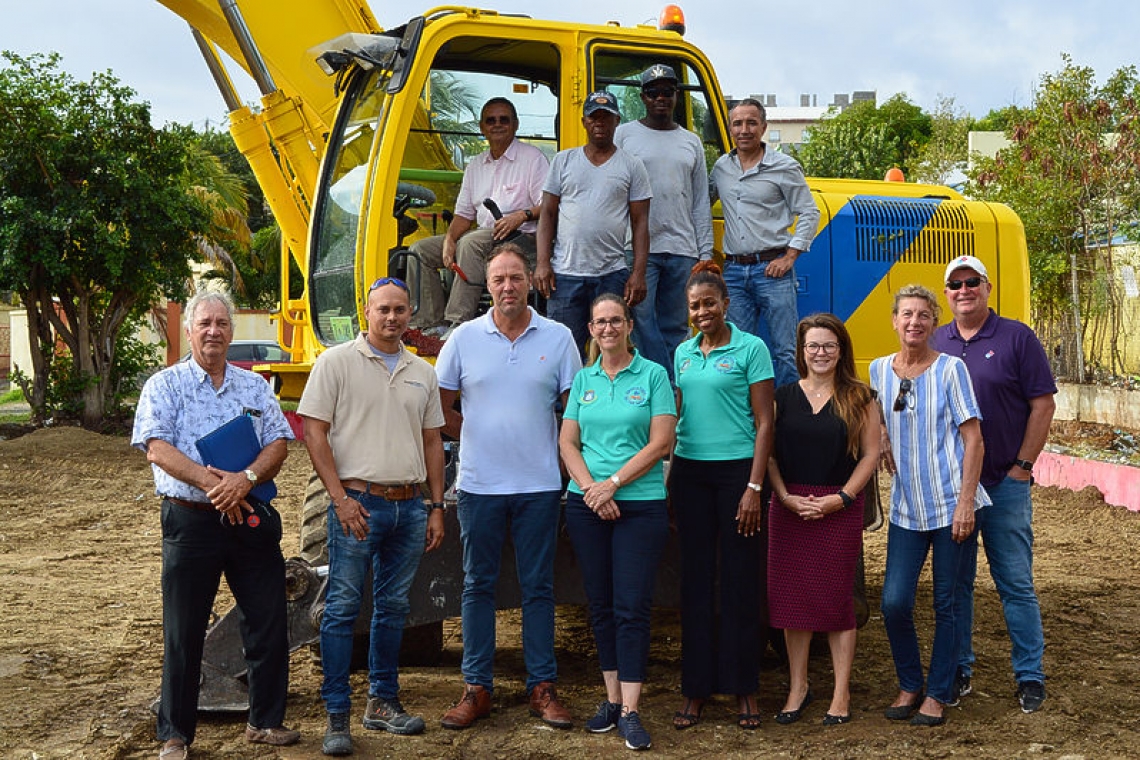 The park’s construction will consist of three phases: the basketball court, a playground and finally a community space, said the foundation on Thursday.

According to the foundation, the ground-breaking could only take place after securing proper funding for the commencement of the first phase. Necessary funding was obtained by the foundation via the Dutch Disaster Fund and the Rotary Global Grant which was awarded to Sister Marie Laurence Primary School.

“Currently there is sufficient funding to commence with phase one, which is a fully functional, brand-new basketball court which will have the necessary fencing, lights and bleachers to make it a very attractive, safe and positive area to play basketball,” said the foundation.

Preceding the ground-breaking was a block party held on the school premises on Friday, March 6. According to the foundation, the Middle Region community was invited to the event. Those in attendance were treated to refreshments and entertained by a steel pan performance by Dow’s Musical Foundation.

At the party a Foundation Catholic Education St. Maarten representative provided the audience with a thorough explanation of the vision and the objectives of this new recreational park. The park will open for both Sister Marie Laurence Primary School pupils and persons within the community of Middle Region.

The representative said during the presentation, “Middle Region is finally getting a much-needed uplifting, and the goal is for this new recreational park and the proposed new school facility to be a beacon of hope for this neighbourhood which is still struggling in the aftermath of Hurricanes Irma and Maria.

“The design of the multi-functional recreational park is in line with the design of the proposed new Exceptional School – Sister Marie Laurence, and is therefore an intricate part of a much-larger and very-well-thought-through philosophy and plan. Under the theme of ‘Working together to enhance the district of Middle Region on a Social, Educational and Recreational level’ several organisations have collaborated.”