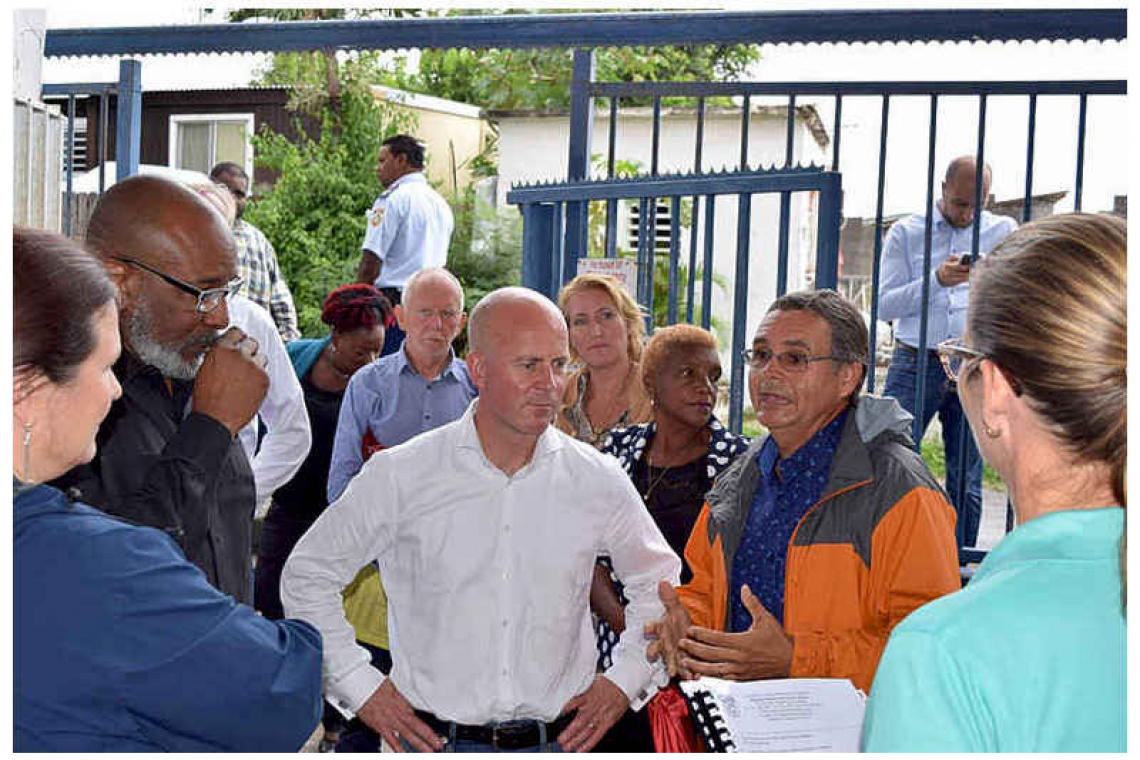 Knops (centre) during his September 2019 visit to St. Maarten.

THE HAGUE--The Kingdom Council of Ministers, on the request of State Secretary of Home Affairs and Kingdom Relations Raymond Knops, approved funding for another batch of humanitarian aid for Aruba, Curaçao and St. Maarten on Friday for an amount of 14.9 million euro.

The Dutch government believes it is very important that the vulnerable groups in Aruba, Curaçao and St. Maarten receive support. “In recent months, I have visited the Red Cross on Aruba, Curaçao and on St. Maarten. I spoke with residents of the kingdom who need daily help from this organisation to make ends meet. The government has always indicated that it will not abandon these most vulnerable people in the three countries to their fate,” said Knops.

In March, the government will decide on an extension. The Dutch government has been providing humanitarian aid since the start of the COVID-19 crisis. The countries also receive liquidity support with attached conditions to reform.

The humanitarian aid is coordinated by the Red Cross and distributed with the assistance of local non-government organisations. In the coming months, the countries will be working towards a transition of the food aid programme with the responsibility being transferred from the Red Cross to the local government.

About 20 per cent of the population in Aruba and St. Maarten and about 15 per cent in Curaçao are currently dependent on food aid made possible by the Netherlands. It is assumed that the number of people in need of aid will remain the same until the summer.

Aruba, Curaçao and St. Maarten have taken a hard humanitarian and economic hit because of the coronavirus crisis. The countries are highly dependent on tourism, but this sector is still suffering.