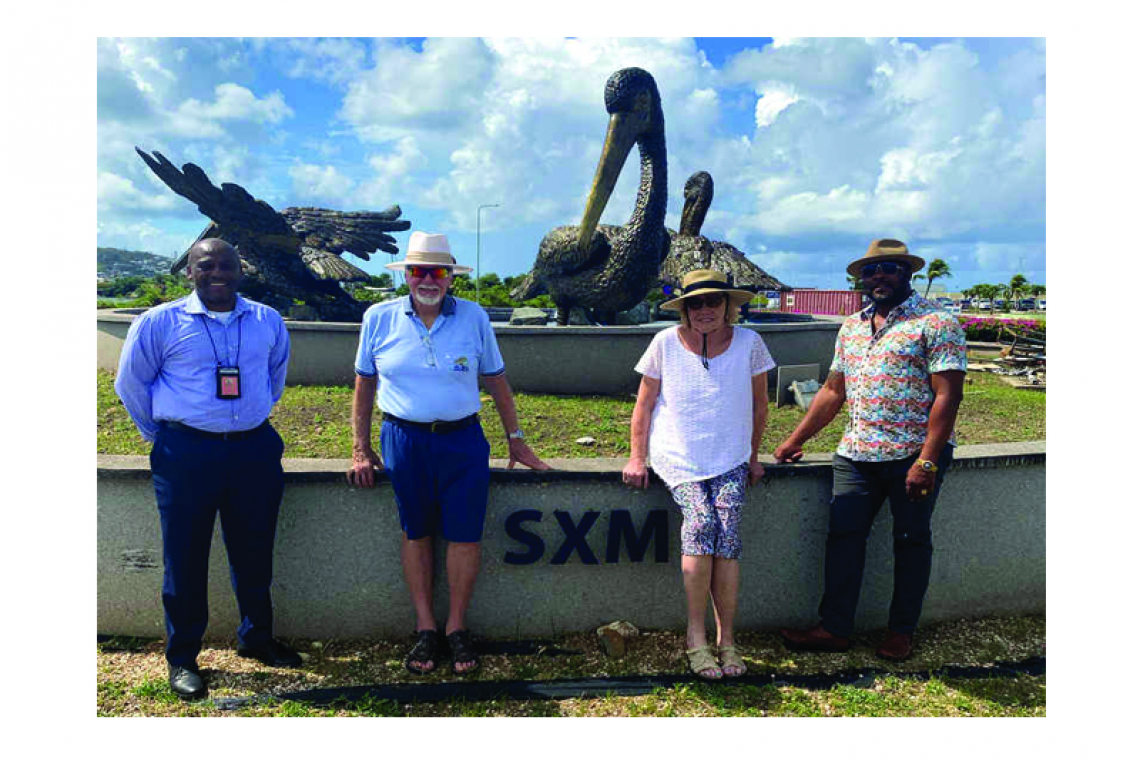 AIRPORT--The statues of three brown pelicans have now been restored at Princess Juliana International Airport (PJIA). The sculptures were originally erected as beautification for the roundabout on Airport Boulevard in May 2014.

The extravagant bronze statues, which depict the national bird of St. Maarten, the brown pelican, transformed into an eyesore following the destructive 2017 hurricanes, alongside the catastrophic damage caused to the airport.

With the 2018 migration back into the airport terminal building’s temporary operations, pre-works and the forthcoming reconstruction all taking precedence, the restoration of the national symbols was put on hold.

PJIA Chief Operations Officer Michel Hyman expressed thanks for the initial coordination by the St. Maarten Tourist Bureau, and sponsors Jim and Janet Eddins from Atlanta, Georgia, and the original sculptor Michael Maghiro for their efforts to reconstruct the sculptures.

The three-month project allowed the sculptor and his team to re-attach the replacement pieces and enhance the bronze-themed colour, whilst renovating the original style of the statues.

Meanwhile, the Airport Terminal Reconstruction Project is on target to be completed by 2023.