NA, UP sign coalition agreement, NA’s Emmanuel has not signed 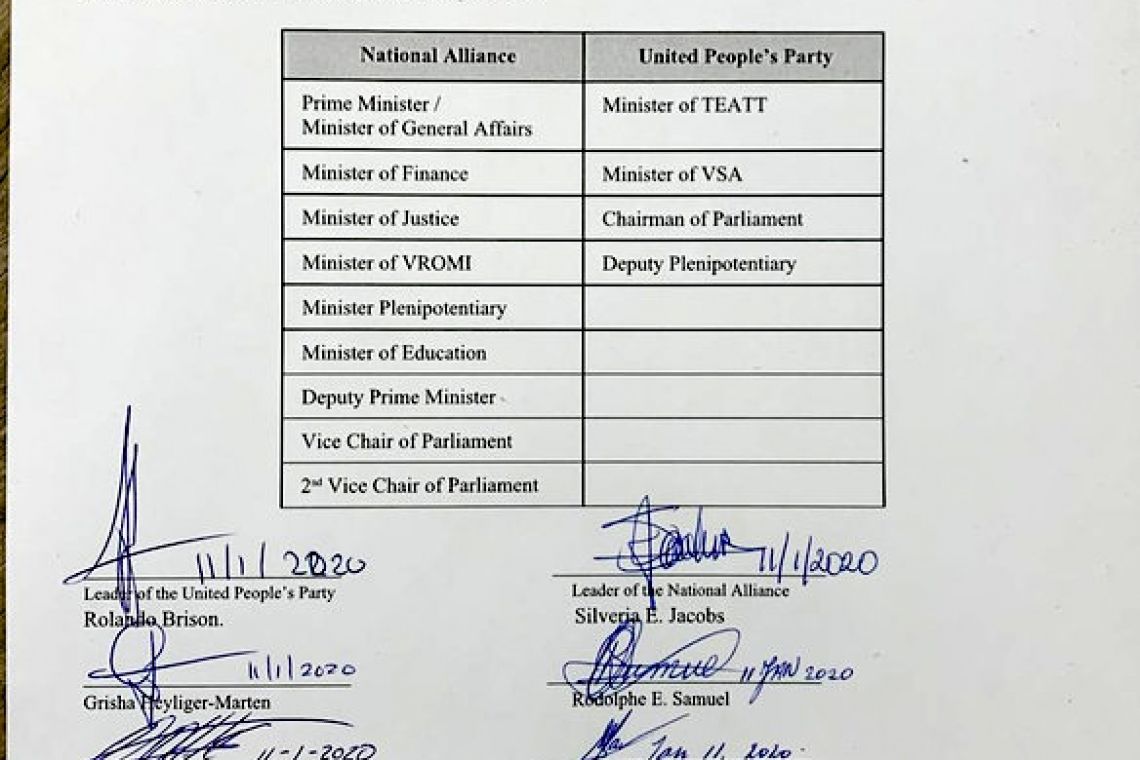 The new Government of St. Maarten will comprise a combination of the two parties that gained the most votes in last Thursday’s snap parliamentary elections.

The National Alliance (NA) and United People’s (UP) party on Saturday evening signed a coalition agreement to form the next government for St. Maarten. Christopher Emmanuel of the NA, has not signed the agreement.

UP will assume the portfolios of Minister of Health, Labour and Social Affairs VSA, Minister of Tourism, Economic Affairs, Transport and Telecommunications (TEATT), Chairperson of Parliament and Deputy Minister Plenipotentiary.