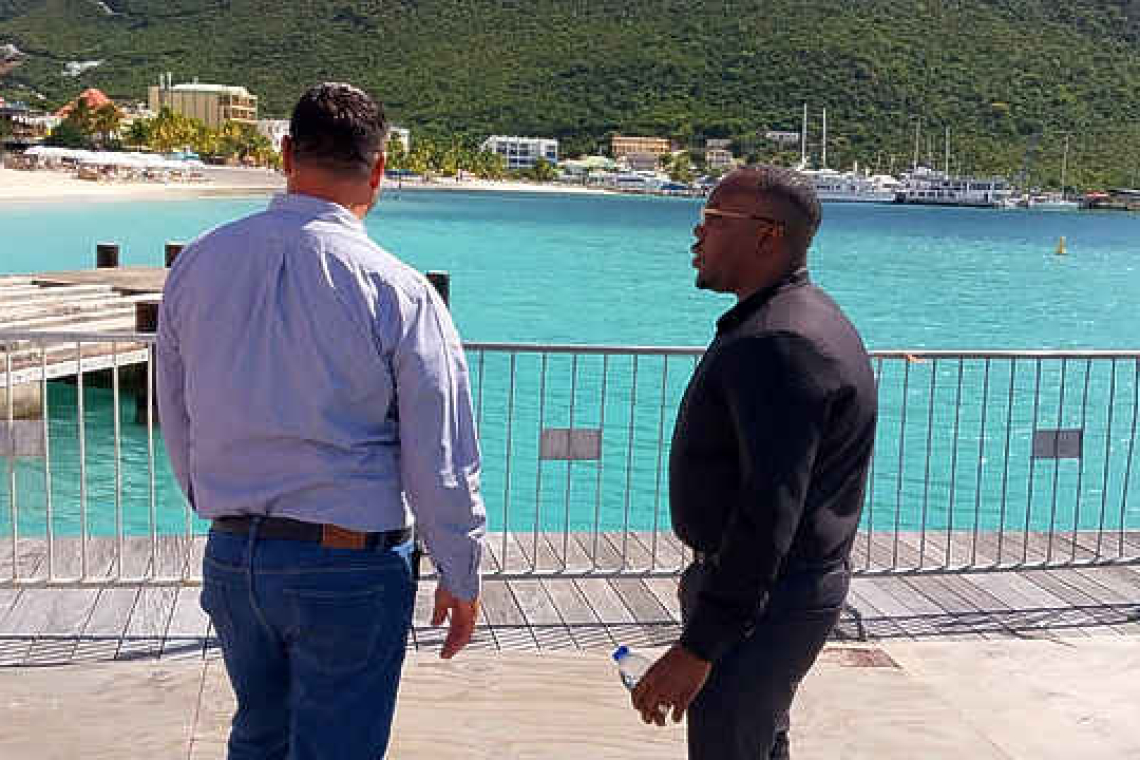 The two ministers during the tour.

PHILIPSBURG--Minister of Tourism, Economic Affairs, Transport and Telecommunication (TEATT) Arthur Lambriex toured Philipsburg on Friday to get a first-hand look at the extent of clean up and repairs needed.

One of the issues identified. 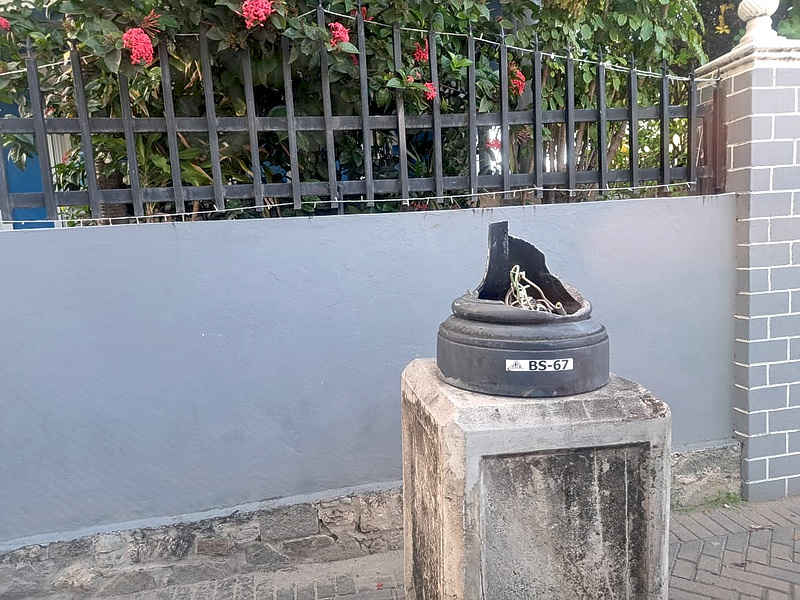 Another example of issues needing attention.

Minister of Public Housing, Environment, Spatial Planning, and Infrastructure VROMI Egbert Doran accompanied Lambriex. The ministers walked the streets of Philipsburg, interacting with business owners, residents and visitors to get their views on the urgently needed improvements for the area.

“We received many positive comments and a warm reception from the people we spoke with during our tour, and we are committed to making sure they see results within a short time,” said Lambriex in a press statement issued on Friday evening.

Lambriex and Doran also walked along Boardwalk Boulevard and assessed the condition of the area. They inspected street lighting and the general condition of the places frequently accessed by pedestrians.

“I am very pleased to be accompanied by my colleague Minister Doran as we look at the areas in Philipsburg that need urgent attention,” said Lambriex.

He said Doran shares his views on road rehabilitation. “Some key issues that we observed include broken street lighting poles and impassable pedestrian sidewalks,” said Lambriex. The TEATT minister also explained that the garbage bins and benches installed on the Front and Back Streets several years ago would have to be replaced.

“The first step has been taken,” said Lambriex referring to Friday’s tour of Philipsburg. “We will put together an action plan for quick fixes that Minister Doran and I identified as urgent. As I mentioned when I announced the plans for my first 100 days in office, safety in Philipsburg is a significant concern. It is, therefore, necessary to act quickly, which is why I am pushing forward to get as much done to protect everyone who enters Philipsburg,” stated Lambriex.

The TEATT minister explained that both ministries would work to urgently remove the slabs of concrete with broken streetlights and replace them with simple and cost-effective lights.

He also promises to alleviate pedestrians’ concerns about the increase in curb-side parking in Philipsburg, which makes it difficult to walk on the roadside.

“We believe that once we replace the garbage bins and put new benches on the roadside, this will reduce the possibility for vehicles to park on the roadside. We want our pedestrians to have a clear and smooth path and not have to walk in the busy streets,” said Lambriex.

The Ministry of VROMI will also look at ways to make the streets more handicapped-accessible and improve the signage to identify specific areas reserved for physically challenged motorists.

“Everyone’s safety is our concern, and that’s why we are getting the work done to keep you safe. Making the area beautiful is a side benefit so that we can look our best when visitors arrive,” said Lambriex.