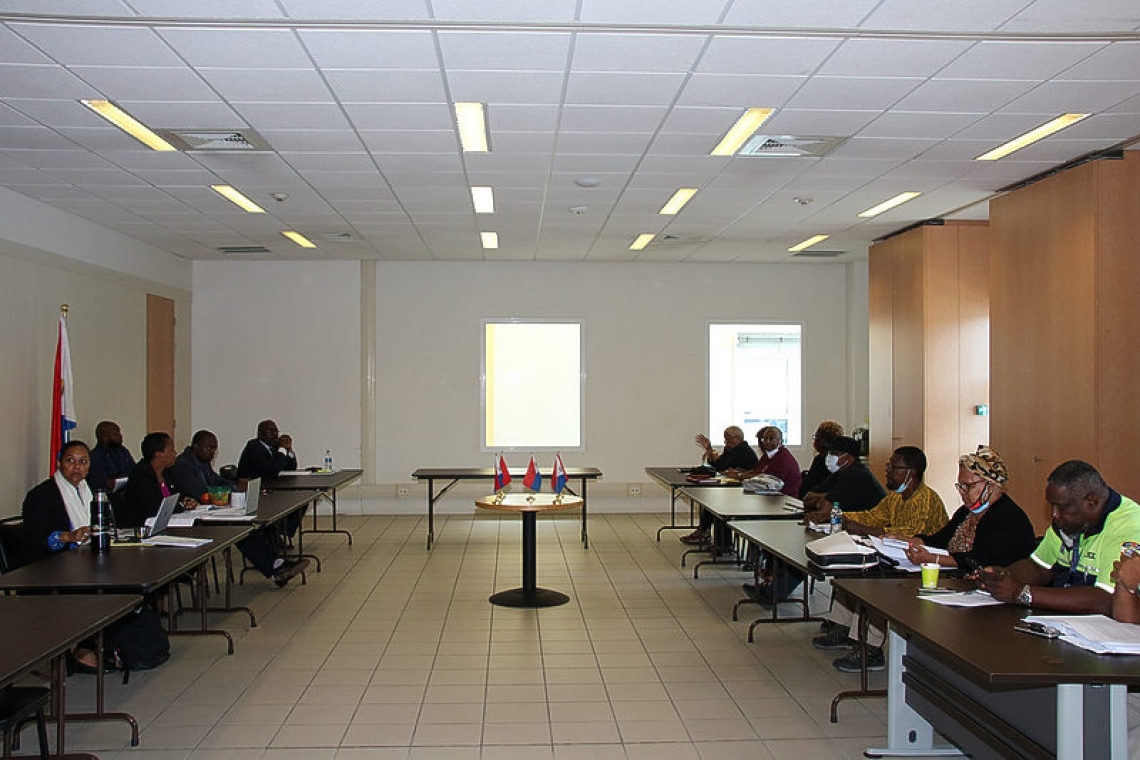 Trade union representatives meeting with the Council of Ministers on Thursday.

According to a press release issued by the Cabinet of the Prime Minister late Thursday night, the meeting’s objective was to answer the unions’ questions about workers’ salary cuts and for government to be updated about the ongoing protests.

WICLU wrote a letter to government on June 19 and it was discussed during the meeting. The Daily Herald does not have a copy of this letter. However, according to the press release, WICLU explained that the cost-cutting conditions imposed by the Dutch government to receive further liquidity support violate human rights and, in some cases, international and local labour agreements.

“The unions in their letter further reiterated that these cost-cutting conditions are considered an act of social and racial discrimination within the kingdom, as they are only being implemented on this side of the Atlantic. Furthermore, the union would like the Council of Ministers to publicly state their agreement with this, and to follow up with further actions in … negotiations with the Netherlands,” said the Cabinet of the Prime Minister about the letter’s contents.

During the meeting Jacobs apologised for “not providing timely responses” to the unions, which only happened because of “the hard work to prepare and finalise all aspects to be able to comply with the proposed measures.”

The Council of Ministers also said they stand in solidarity with “workers who were out of work, underemployed or only receiving a portion of their pay because of the St. Maarten Stimulus and Relief Plan.”

According to the press release, the ministers told union representatives that “no salaries of civil servants would be cut, and the understanding related to the vacation pay cut was indeed what had been agreed on in previous meetings.”

Trade union representatives spoke about challenges with workers in the private sector, as well as other areas of concern.

“The Council of Ministers will continue to deliberate on the matter, considering the arguments presented and the letter sent by the WICLU, to determine what concrete actions should follow. … The unions will also receive responses within short to all written correspondences received,” said the Cabinet of the Prime Minister.