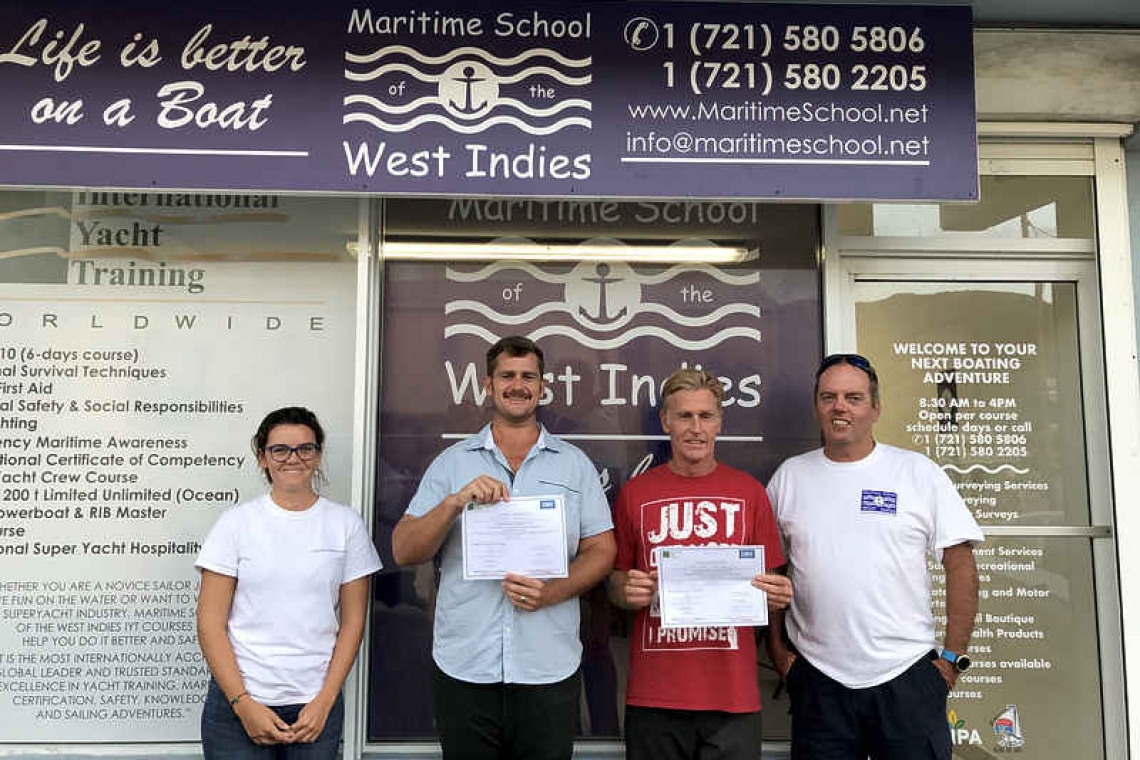 COLE BAY--Maritime School of the West Indies (MSWI) held an opening party at its new premises at 85 Well Road 26A (opposite Electec Service Center), Cole Bay, on Friday afternoon, with many well-known personalities from the marine sector in attendance.

The school was formerly located at Auberge de Mer, adjacent to Marina Port La Royale in Marigot, where it had been owned and operated by Veerle Rolus since 2004 before the sale to Garth Steyn, Managing Director of SF Sailing NV in Dutch St. Maarten and founder of the Kidz at Sea Foundation, on February 29.

MSWI will continue to offer worldwide-recognised certification courses thanks to the affiliation with International Yacht Training (IYT), US Sailing and other partners. Following a signed agreement last week, MSWI will also handle the maritime course that was formerly held at National Institute of the Performing Arts (NIPA).

“I see the school as a way forward to helping local people on the island, and another avenue to advertise for more business from the mega-yacht industry and educating people moving forward,” Steyn told the gathering, before thanking those who have supported and contributed to both the school and Kidz at Sea Foundation.

The school’s sale to Steyn is seen as a logical move, given his involvement with teaching St. Maarten youth sailing and teaching marine trades such as boat-building through Kidz at Sea Foundation’s work. Rolus described him as the “perfect candidate” to take MSWI forward. Indeed, the school is off to a good start at its new location with courses and upcoming ones fully subscribed.

Located a month ago, the premises have a reception area at the entrance leading to a large classroom at the rear. Three adjacent rooms at the side are used for the fire training course, a configuration that fits perfectly for simulating a fire rescue.

The party coincided with the announcement of two new graduates who obtained their Captain’s licences (24-metre international certificate of competence in sailing). They are Mega Yacht Services owner Timothy Short-Lee and Tri Sport owner Juan-Pablo Piscione.

“I had the time to do this course, as half of my business (tourists) is not here anymore,” said Piscione, a life-long sailor. “Now I can finally rent a boat in St. Maarten.”