Marechaussee open to assisting St. Maarten in any necessary area 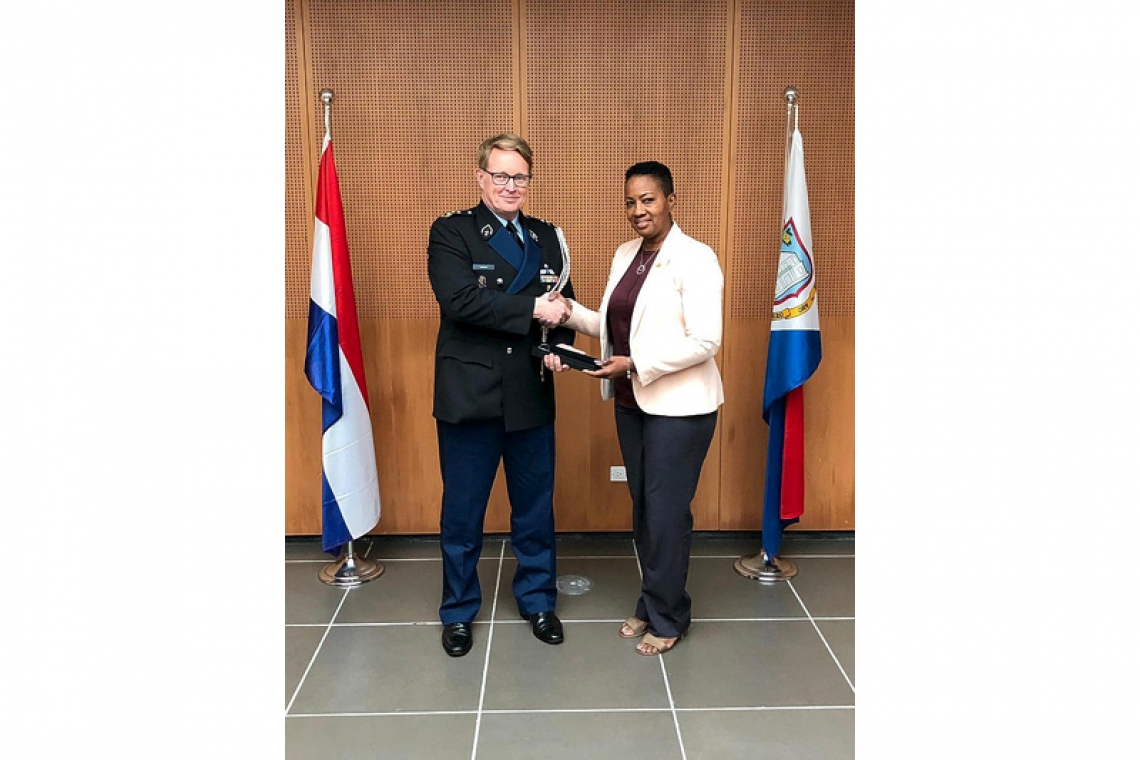 PHILIPSBURG--Commander of the Royal Dutch Marechaussee (RDM) Hans Leijtens has informed government that the Marechaussee is open to assisting St. Maarten in any area that is deemed necessary.

The assurance was provided during an introductory meeting Leijtens held with Prime Minister Silveria Jacobs, Justice Minister Egbert Jurendy Doran and Secretary General of the Ministry of Justice Russell Ursula, during a recent working visit to St. Maarten.

The Ministers along with their senior staff members were given a breakdown of the role of the Marechaussee in the region particularly their role in St. Maarten. This primarily involves border control and combating human trafficking and human smuggling.

The Marechaussee reiterated that its members work under the command of the police force – Korps Politie St. Maarten KPSM. They work alongside the local police officers as well. Leijtens informed government that they currently provide assistance at Princess Juliana International Airport (PJIA) regarding immigration and customs and that trainings have taken place in this regard. “Commander Leijtens concluded by assuring the Ministers that the Marechaussee are also open to assisting country St. Maarten in any other areas deemed necessary,” it was stated in a press release.