Man who was caught on camera committing assault is arrested 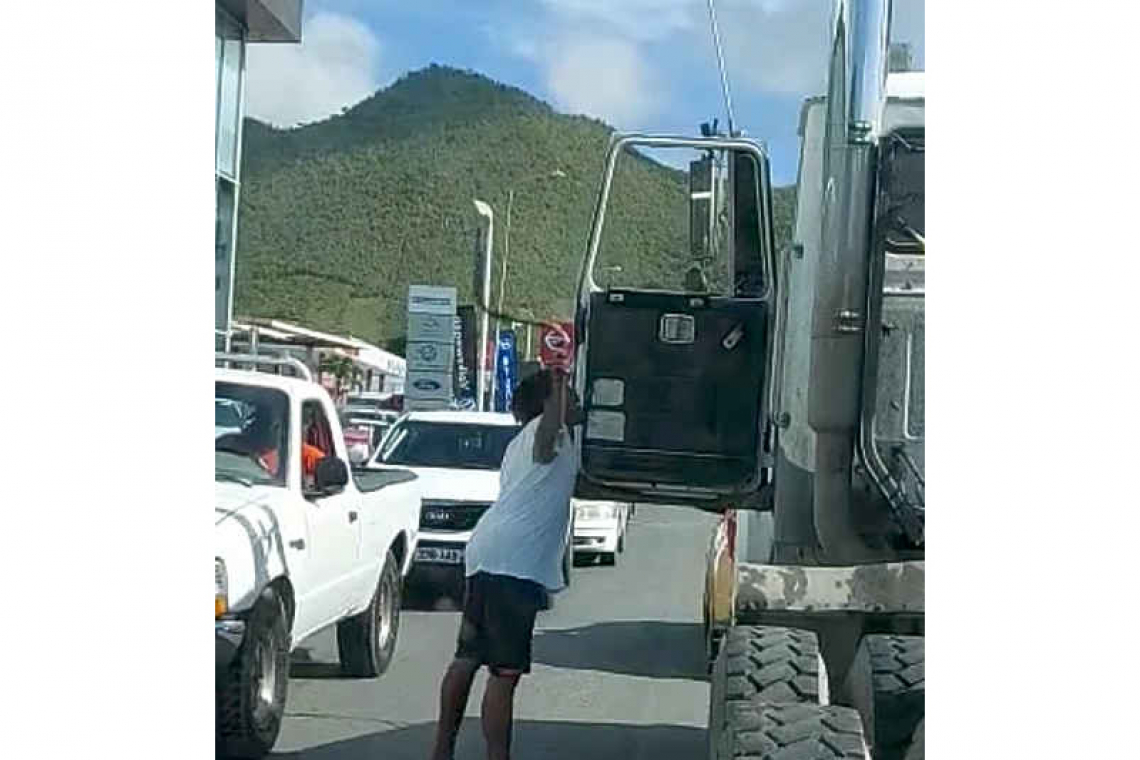 The suspect is seen pelting the iron tool onto the driver during the incident.

PHILIPSBURG--A man whose assault on the driver of a trailer truck on Welfare Road in Cole Bay was caught on camera and later circulated on social media has been arrested for his actions.

Police spokesperson E. Josepha said the assault was recorded by bystanders and later circulated on social media, and was also seen by the personnel of the Detective Department. The victim J.F.D.L.-D.R., who suffered laceration to his arms and legs during the incident, appeared at the police station in Philipsburg on Sunday, January 10, and made an official complaint of severe ill-treatment against the suspect.

The suspect’s loud verbal threats to the truck driver could be heard in the recorded video. During the video, the truck driver never exited his truck and the way he handled the situation, remaining calm, was commended by many who commented under the video.

In his press release, Josepha said that while the victim was filing his official complaint, the suspect M.J.A.D appeared at the police station and informed officers that he had ill-treated the victim after a verbal altercation. He was immediately arrested and incarcerated pending further investigation. The arrest occurred around 2:00pm. The investigation is ongoing.