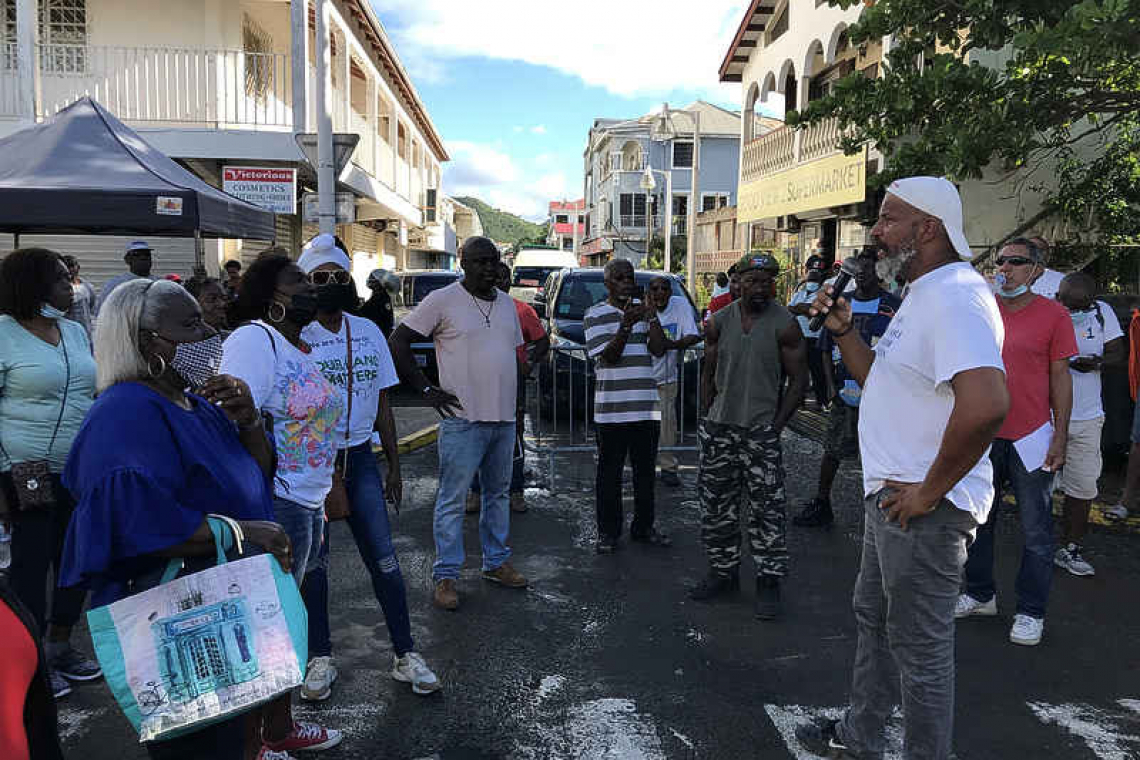 MARIGOT—The two separately organised protests over the weekend, SXM Resistance’s second information and exchange meeting on Friday afternoon and the “collective of collectives” protest march Saturday morning, did not draw the large turn-outs hoped for.

In the case of SXM Resistance, stormy weather and continuous rain prevented more people from showing up at the Agrément roundabout. But the event still went ahead in a continuation of the protest against mandatory vaccination and the health pass.

Organiser Jean-Barry Hodge thanked everyone who did turn out in the rain. 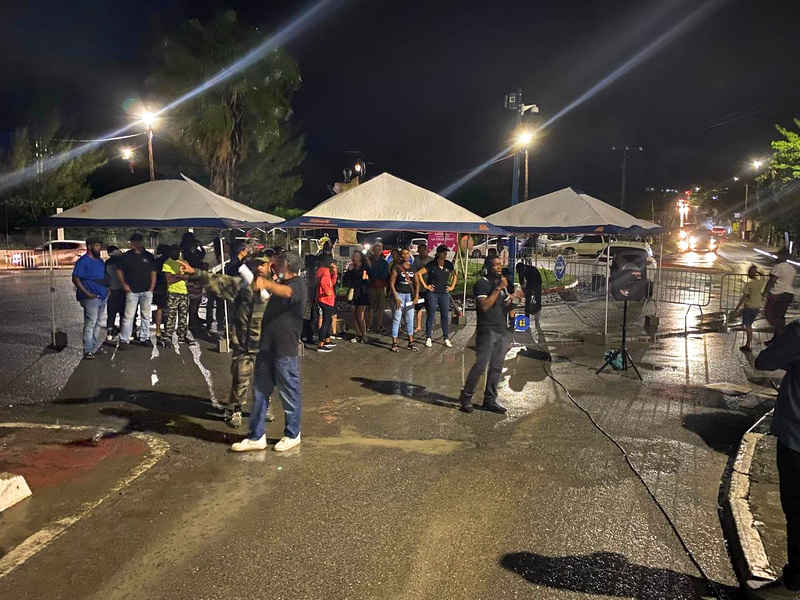 “The weather didn’t bring us despair because all wars are fought in the mud and rain,” he said. “The State is doing everything to inject the masses so we will also do what it takes to take you out of your comfort zone in bringing awareness to the general public that many people are being suspended without pay from their jobs for refusing to be guinea pigs.”

He added the movement’s next “drastic” action will be on the economy. “We are asking the general population of the North side to make sure they have food in reserve. If there comes a time you can no longer shop on the North side deviate to the South side. When injustice becomes law then resistance is duty.”

Saturday morning’s protest march followed a circuit around Marigot, finishing back on the waterfront. It was closely monitored by Gendarmes at every street corner. The march was organised to highlight the familiar issues the collectives have brought to the negotiating table; No to mandatory vaccination, no to the health pass, making the price of land a symbolic one euro, the natural risk prevention plan PPRN, giving priority to St. Martiners for jobs, and much more.

The march was also organised to send a message of solidarity for Guadeloupe and Martinique. There was a lengthy pause at the junction of Rue Kennedy and Lowtown for speakers to address the marchers. There were chants of “No justice, No peace.”

Whit railed against the hypocrisy of social media followers who pretended to be in full support of the collective’s objectives but when it came to demonstrating on the street and getting out of their comfort zone to further the cause, they stay home.  He branded them “cowards” and praised those that took part in the march as “brave.”