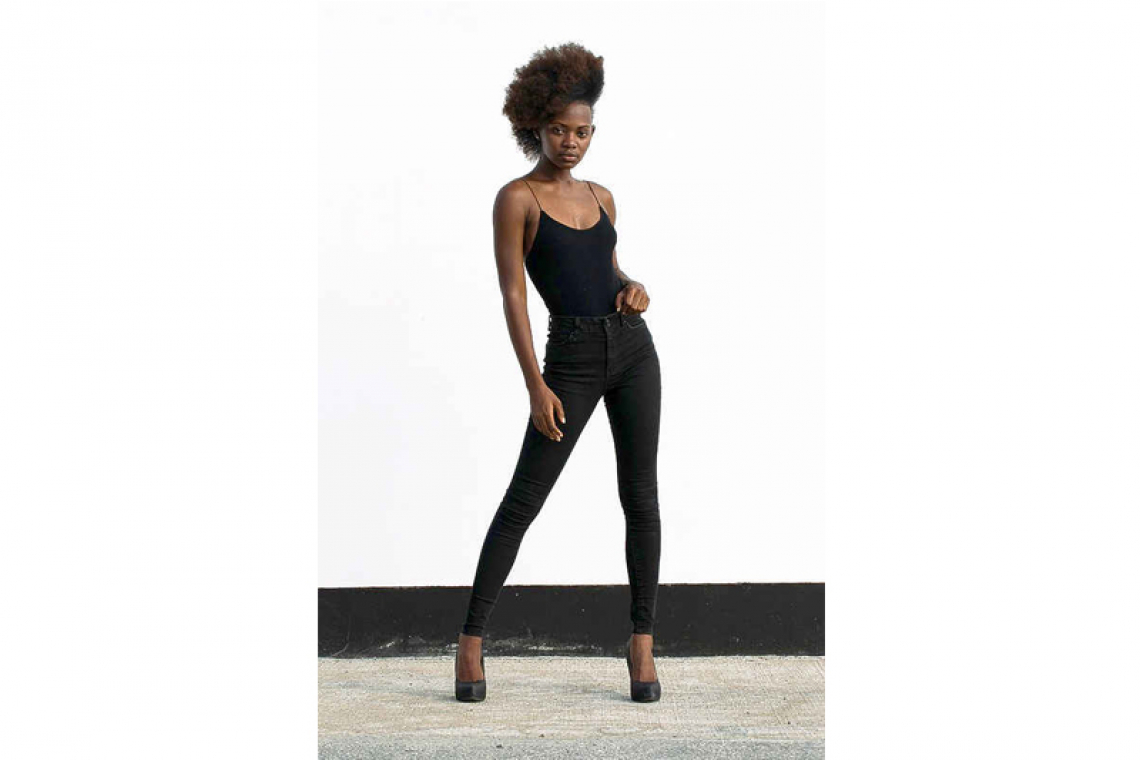 PHILIPSBURG--Local model Dashaun Prince is walking in the New York Fashion Week.  She will be walking the runway for Brooklyn-based fashion designer Aaron Potts in the A. Potts collection on Wednesday, September 9.  Prince sat with The Daily Herald and shared a little about the upcoming fashion week and initially what got her into modelling.   Originally an experienced and talented dancer, she took to modelling just over a year ago. She said the COVID-19 pandemic had made it difficult to fully participate in her first love, dancing.

With more free time on her hands she decided to try something new and last summer a modelling competition presented an opportunity she could not miss. After winning this competition Prince quickly took a keen interest in modelling and found herself more and more drawn into her new passion.

She continued to expand her reach, develop her skills and continued to work with various local photographers. She soon began to build her portfolio and as of date has been in six magazines. At this point Prince knew that this new interest was becoming something she wanted to pursue professionally.

One of these opportunities was participation in the International Modelling and Talent Association (IMTA) convention with displays of modelling, acting, singing and dancing competitions where unsigned talent and models compete in hopes of being discovered by a talent agent, casting directors or music producer.

Prince and other models from the agency took part in a series of competitions in Orlando, Florida, July 18-22. She said proudly that they were the only participants from the Caribbean and she was the only person hailing from St. Maarten.

There Prince participated in six competitions, She placed in the top three for two of them and in the top 10 for the other four. She received medals for her accomplishments.

Prince explained that besides receiving these medals, she also received about eight “call backs” from different scouts and agencies who showed their interest.

As part of the competition models were also able to participate in “castings”. During these castings models would walk for various designers. During one of these castings Prince walked for fashion designer Aaron Potts, ultimately earning herself a spot in his show this week.

“I’m really excited to be a part of something so big. New York Fashion Week is very much a big deal and I can’t wait to see what that experience is like and what opportunities or doors it might open for me,” she exclaimed.

Prince left on Sunday in preparation for the show today, Wednesday.

She said that on her return to St. Maarten she would like to organise a workshop where she would not only share her experience, but give advice to others who share a similar interest of pursuing a career in fashion modelling.

Prince said she will continue to pursue her passion and work continuously until she reaches her goal of signing to an international modelling agency. She also expressed her interest in taking part in smaller fashion shows held regionally within the Caribbean.