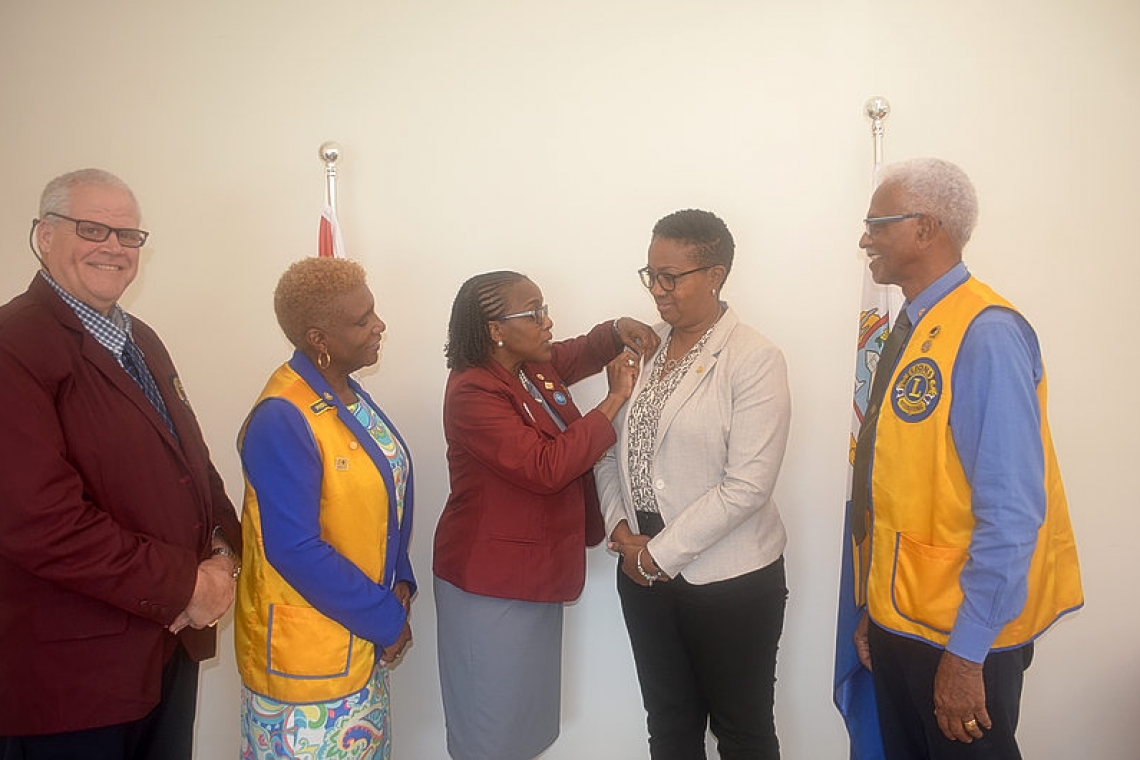 The official pinning was done when Forrest paid a courtesy call to the Office of the Prime Minister. “This is customary when a District Governor visits clubs in various countries and islands,” said the club in a press release on Wednesday.

“The St. Maarten Lions Club bestowed this honorary membership on Prime Minister Jacobs for the assistance that she had given the club by presenting a law amendment while sitting as Member of Parliament [MP – Ed.] as far back as 2015, which ultimately raised the legal drinking age from 16 to 18 years old and is now in effect since September 2019.

“As Chairperson of the Education Committee of Parliament at the time, Silveria Jacobs took the initiative to meet further with the legal representatives of the Lions [Club] and got outside legal advice on changing the Permit Ordinance. The amendment prohibits businesses in the country from selling or serving alcohol to minors below the age of 18,” said the club.

“The St. Maarten Lions Club felt Prime Minister Jacobs so rightly deserved [the honorary membership] for her hard work and dedication to safeguard the youth of St. Maarten from alcohol abuse at a young age,” said the club.