Lawrence steps down as TEATT Minister due to medical issues 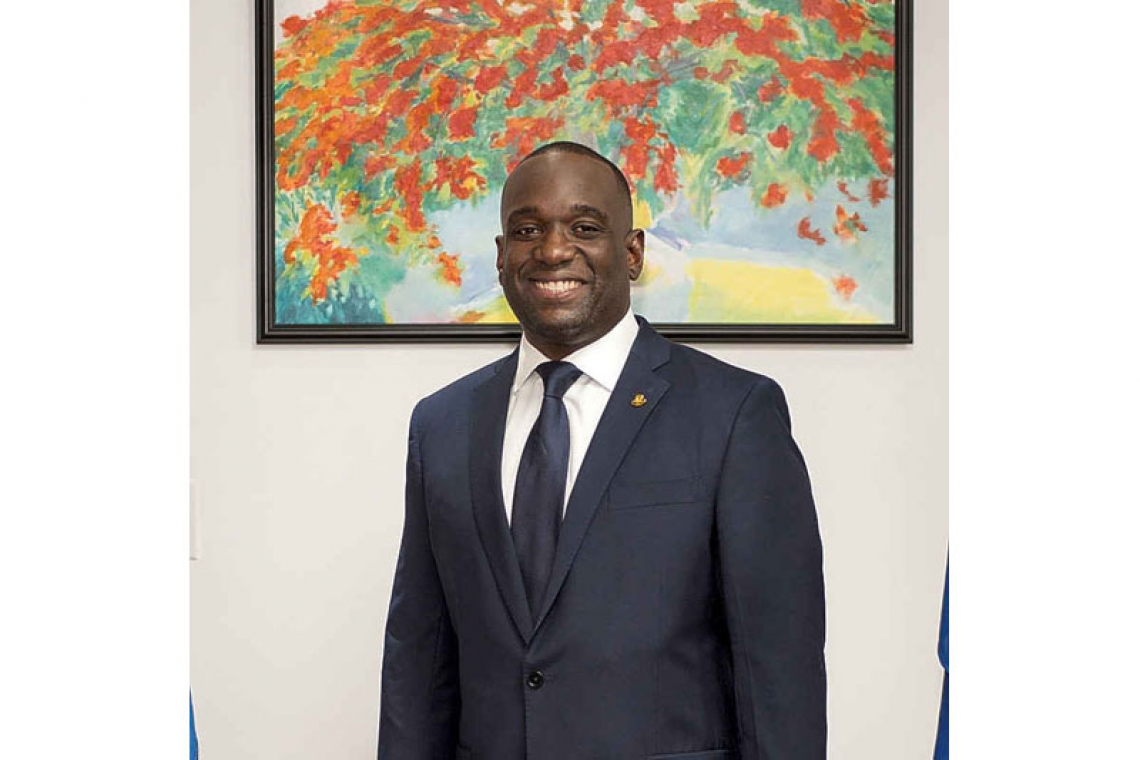 ~'It has been a tremendous honour to serve'~

PHILIPSBURG--St. Maarten professional Roger Lawrence has stepped down as Minister of Tourism, Economic Affairs, Transportation and Telecommunication (TEATT) due to medical issues.

The Council of Ministers received Lawrence’s formal resignation, which was accepted during its meeting of Tuesday, July 26. The resignation was finalised by national decree on Friday, July 29.

Lawrence, a former Interim Chief Executive Officer (CEO) of Port St. Maarten, was ceremoniously sworn in as TEATT Minister on August 16, 2021, taking over from Ludmila de Weever, who now serves as Member of Parliament (MP) representing the United People’s (UP) party in the legislature. He has been ill and out of work for some time now due to health reasons and Minister of Public Health, Social Development and Labour VSA Omar Ottley has been carrying the portfolio with support from the Council of Ministers (COM).

“As is well known, the Minister of TEATT has been unable to execute his duties for some time. As per the replacement regulation for Ministers, Minister Ottley has been carrying the responsibility for the Ministry with the support of the COM. With the official resignation, he will continue to act as Minister of TEATT until a replacement has been sworn in. Now, more than ever, it is imperative that we give [Minister Lawrence] encouragement as he takes steps towards recuperation, and we pray for him to make a full return to health,” Prime Minister Silveria Jacobs said in a statement on Sunday.

In a letter addressed to Jacobs, Lawrence issued a statement to be shared with the public.

“I wish to express my gratitude to the people of St. Maarten as it has been a tremendous honour to serve as the Minister of TEATT, however, after much thought and prayer, I have decided to make my position as Minister of TEATT available,” Lawrence stated in the letter

“Much to my dismay, medical challenges have kept me away from my governmental responsibilities as Minister of TEATT. While I have remained committed and with high hopes, throughout this challenging period, to resume the many important tasks entrusted to me under the responsibility of the Ministry of TEATT, I am still faced with uncertainty as it pertains to the specified time for my full recovery.

“This is, without a doubt, one of the most difficult decisions that I had to take. However, having the people’s best interest at heart, first and foremost, and considering the current situation of country Sint Maarten, I found comfort in taking what I consider, the honourable and unselfish decision by making my position as Minister of TEATT available.

“I would also like to express my gratitude for the outpouring public support, empathy and encouragement received from the citizens of country Sint Maarten, the various stakeholders and collaborators that I had the pleasure and privilege to serve and/or work with during my tenure as Minister of TEATT. It has been my distinct honour to work for the people, a position that I accepted in August 2021 because I was asked to do so, and after much reflection I was convinced that my professional background and knowledge of the works could positively contribute, whilst in the capacity of Minister of TEATT, to the future of this country at this critical juncture; Regretfully the journey took a different course,” Lawrence shared.

“Nevertheless, as a professional, I remain committed to serve, in whichever capacity that suits my background, with the same integrity and love, because I know that this country needs all of us to contribute to its well being. Whatever I undertake will always be in the best interest of the people of this country, as I remain loyal to God firstly and then to the people. Considering my discharge, I wish to see our efforts continue unfolding, as many important intents are already set in motion, and these plans will certainly yield tangible results to the benefit of all, thanks to the tireless work of the devoted staff of the Ministry of TEATT.”

He thanked Jacobs, the COM and the respective support staff. “As a coalition government, I am hopeful that together we can and will continue to make positive strides forward for the country, in the true spirit of unity. To my cabinet staff and the staff of the Ministry of TEATT, which have displayed exemplary work ethics, I cannot thank you enough for all that you have done, especially during these past months, but first and foremost for your representation of the Ministry of TEATT. Keep up the good work. It would be remiss of me not to express my gratitude to the United People’s Party for their support and belief in me, by granting me the opportunity and the privilege to work on behalf of and with the people of this country. Finally, I wish to thank my family circle for their unwavering support, continuous prayers, and faith in God, during this challenging journey that will be halted in due time.”

Jacobs said the COM wished Lawrence much strength in his recovery and thanks him for his dedicated service to St. Maarten in his capacity as Minister of TEATT.