Knops has faith in Aruba’s future 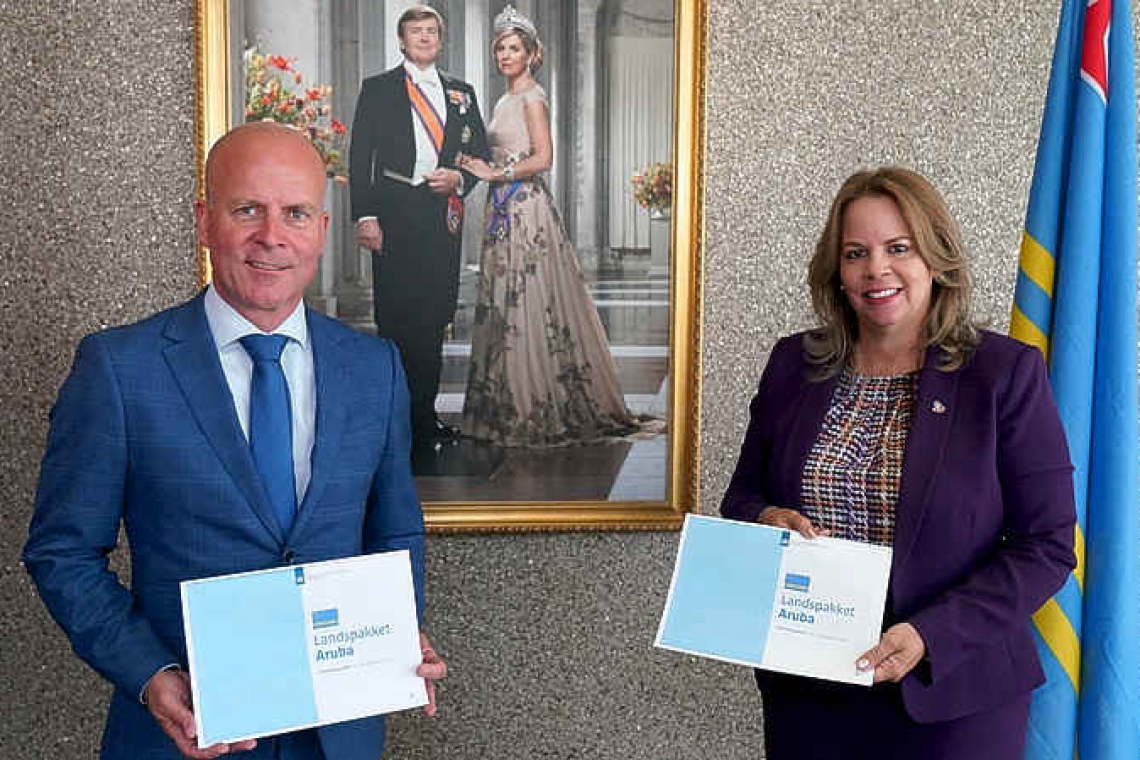 ORANJESTAD/THE HAGUE--During his last official visit to Aruba on Wednesday, caretaker State Secretary of Home Affairs and Kingdom Relations Raymond Knops expressed confidence in the island’s future, and in maintaining good relations within the kingdom.

“Maybe we did not always agree with each other, but we always maintained good relations. The collaboration with the Wever-Croes government was good and as the Netherlands, we would like to continue that cooperation,” stated Knops.

He said the relations were about the people and about doing things together that are in the best interest of the inhabitants of the kingdom. A new government will take over in the Netherlands which will continue that policy, he said.

During his visit to Aruba, the state secretary met with caretaker Prime Minister Evelyn Wever-Croes, at which time both signed the Execution Agenda of the Country Package for the period July 1 to September 30.

Knops said he saw a positive future for Aruba. He said it had been a heavy crisis for everyone, which had been tackled together in Aruba. “I think this was done in a very positive manner. We have supported each other in the kingdom, but it remains important that a number of reforms are implemented to make the islands more resilient against future crises.”

Wever-Croes stated afterwards that the meeting took place in a very positive atmosphere, despite many difficult moments in the relations between the islands and the Netherlands in the past years.

“We surely have had our ups and downs, but we continued to push so we could reach an agreement to receive assistance during the pandemic. We now look ahead to the formation of a new government, both in Aruba and the Netherlands, with a basis to create more prospects for the future,” Wever-Croes said.