Jacobs: ‘risk of coronavirus transmission from couple at airport was very, very small’ 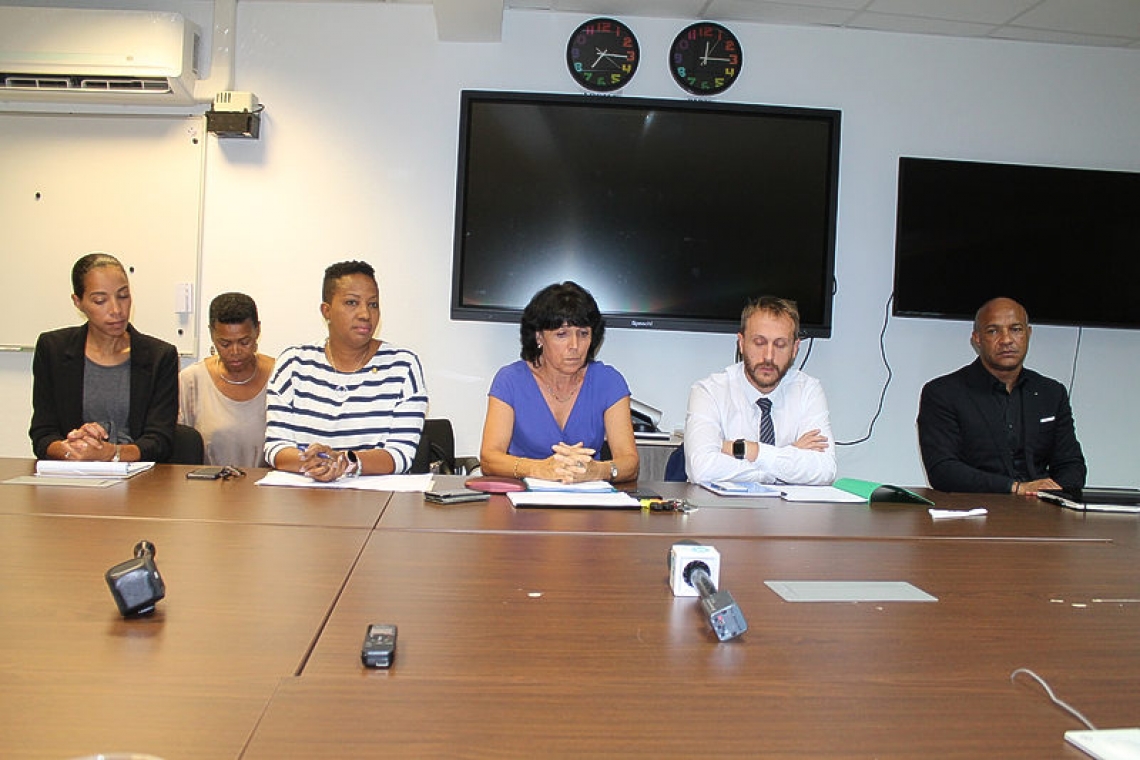 MARIGOT—Prime Minister Silveria Jacobs speaking at Monday evening’s joint press conference sought to reassure the public by explaining that the two French nationals who were stopped at Princess Juliana International on February 28, after the alert came from St. Barths authorities, displayed no signs at all of Covid-19 and therefore risk of transmission was “very small.”

Moreover, the time that they spent passing through the Dutch side was very brief before they were evacuated. That case was proof that protocols work and led to a quick containment, she said.

“We have the camera footage of them at the airport and from our understanding from health professionals and our own Epidemiologist Eva Lista de Weever has assured us that they do not expect that persons who were exposed on a minimal contact will have contracted the virus,” Jacobs added. “It would be risker if people had been exposed for a longer period of time in the same space, but these people were in and out of the airport very quickly.”

She also assured that entry and screening protocols at all ports of entry have been increased, especially for persons coming from areas identified as a risk area.

The Prime Minster said she and Préfète Déléguéée Sylvie Feucher are in constant contact to exchange information and monitor developments or changes as the crisis unfolds.  Both acknowledged that “capacities” on a small island are limited but as Jacobs said “affiliations with Europe mean that help, or more resources are just a phone call away.”

“We have already sent out requests for extra materials, and the possibility for mobile units should they be needed.”

A question was asked if large gatherings, such as that expected from SXM Music Festival or the Heineken Regatta might be restricted or cancelled, Feucher said there was no justification whatsoever to do that now.

“It depends how the situation evolves, and that has to be monitored on a day-to-day basis, but clearly we have to be in close contact with those organisers,” she said.

Jacobs reiterated the St. Maarten Tourism Bureau has been in touch with the Heineken Regatta organisation and they have to present their protocols and safety procedures even though this is a very large influx entering by boat and through the airport. The objective is to still have the opportunity to implement safety measures without compromising the flow of the regatta.

“I am reviewing the document with the Emergency Operation Center (EOC) to be sure it is up to standard and then we will decide what measures to take,” she said. “And for marine travel the border control will be carrying out checks, as the law stipulates anyway, to be sure declarations are on board and so forth.”

Territorial Director of Regional Health Authority ARS for St. Martin and St. Barths, Brice Daverton, said it is thought the French couple who were placed in isolation in the French-side hospital first passed the coronavirus on to their son in St. Barths because they were coming from a high-risk area in France.

Asked about the readiness and capabilities of the French side hospital he acknowledged that it is running at “reduced capacity”.  For that reason, only patients at risk with pre-existing conditions would be admitted. The vast majority of healthy individuals displaying symptoms could self-isolate.