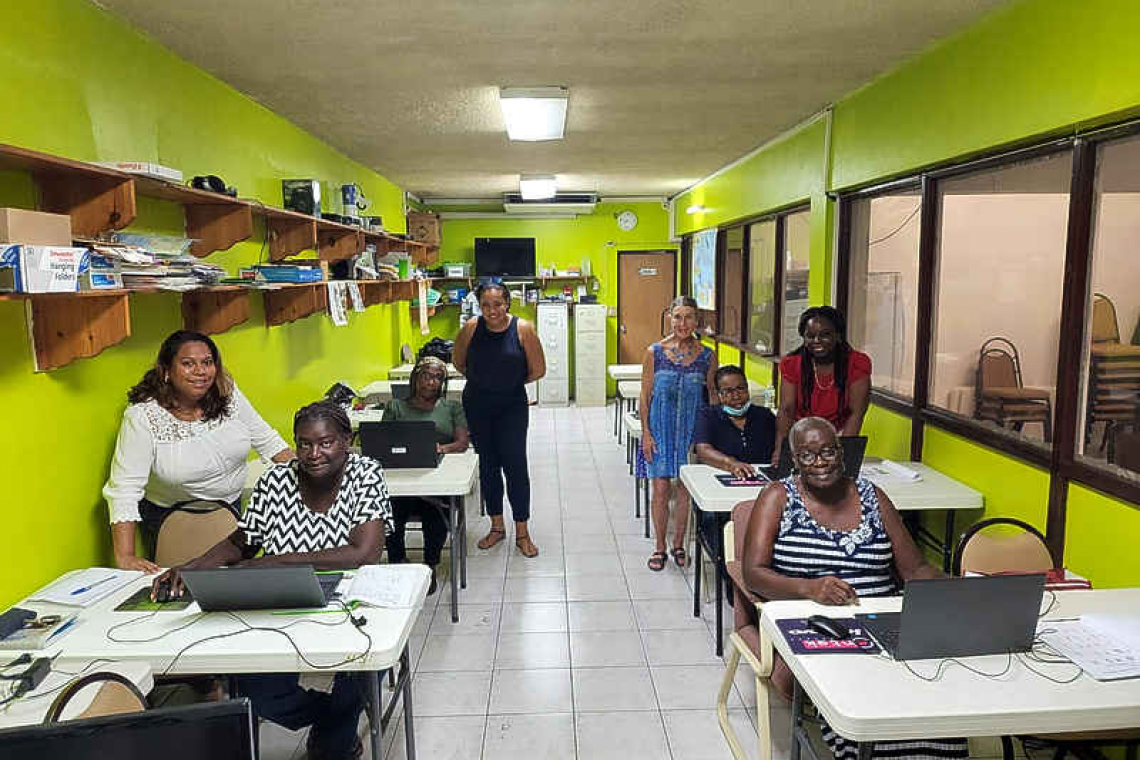 PHILIPSBURG--Computer literacy and knowledge of information technology are longer optional in today's ever-changing world. This is why Island Gems Charity Foundation has lent its support via the donation of three fully loaded laptops to the Caribbean Institute for Social Education Foundation (CIFSEF) for its senior citizens computer literacy programme.

Social development and education are areas Island Gems, an all-women charity, supports on the Dutch and French sides of the island.
CIFSEF, a learning institute, was incorporated on March 15, 2004, with the mandate to promote education, culture, and social events in the general interest of the population.
Island Gems members Cherise Rambhajan, Jody Rosen and Alita Singh recently visited on of the classes and chatted with Velma Timothy, Blondell Isaac, Jacqueline Richardson and Christina Hodge about their journey into the world of computers. All four women shared similar stories: keeping their brains active and continuing a life of learning. Some plan to use their skills to continue or supplement their earnings or to assist their non-profit organization to better its administration.
Ashma Berkel, CIFSEF Project Manager/Trainer, informed the Island Gems members that in addition to its programmes, every year CIFSEF since it opened its door – 10 students receive a scholarship annually to further their education at the institution.
“We took a pause since the peak of the pandemic and have now restarted with our computer skills for seniors and youths. We realize that seniors cannot afford to pay for these classes but would love to benefit from the skills and knowledge. This prompted the CIFSEF board to waiver the fee for this pilot group and offered six scholarships for seniors, Berkel said.
Island Gems President Singh said this programme reaches many of the targets of the oldest charity in the island. “We focus on giving long term items to ensure continued progress; giving laptops to this ongoing effort and see them put to use in an impactful way is heart-warming.”
Island Gems does not give cash to qualifying organisations. Instead, the foundation purchases equipment or services with longevity or that can serve numerous people over time.
Funding for projects and donations are raised via the charity’s annual costume gala and silent auction.
Island Gems is the only charity that supports projects on both sides of the island.