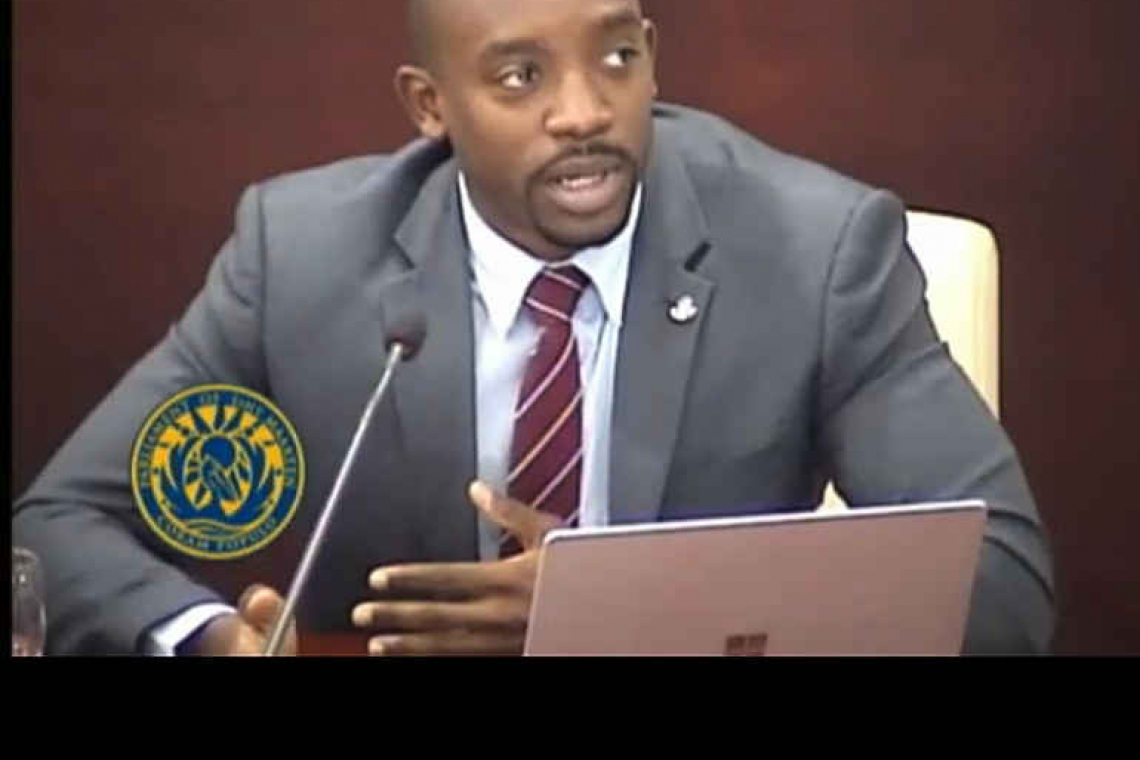 PHILIPSBURG--Finance Minister Ardwell Irion said on Wednesday that government continues to work on a proposal to temporarily lower the excise duties on fuel. However, he indicated that this will result in a loss in revenue for government and he has proposed some initiatives to combat this loss that will not affect “the small man.”

The fuel relief proposal, which is intended to alleviate the burden on consumers at the pumps, was announced by Minister of Tourism, Economic Affairs, Transport and Telecommunication (TEATT) Roger Lawrence on April 10, and received the support of the Council of Ministers. Lawrence said at the time that the initiative is to reduce gasoline prices and alleviate some of the financial burdens presently being felt by residents at the pump.

Lawrence was not present at Wednesday’s press briefing. When asked when the temporary relief is expected to go into effect, as several other islands have already introduced relief on fuel, Irion said: “I think we have to take into account [that – Ed.] every island is different. Other islands are independent. They can make certain decisions on their own, on the whim. They get different financing. They have a whole different Constitution than us, so I think it’s almost unfair sometimes to make comparisons, and sometimes they are, just because at the end of the day the average person might not know this.”

He said most of the islands that are reducing fuel cost, such as Barbados and St. Kitts, for example, have import duties, while St. Maarten does not have import duties. “So, they are relaxing a specific tax on import duties. Some are even taxed more for vehicle tax and so forth, but yes, we are, as a Council of Ministers, working on reducing the excise taxes.”

Irion said he does not want to discuss an amount as yet, but he indicated that the matter is being looked at. The finance minister is concerned about the potential loss of revenue that will occur as a result of the lowering of the excise duties. “I am also looking at [the fact that] there will be a loss of revenue – if it’s 25 per cent, if it’s 50 per cent, if it’s 75 per cent – whatever percentage it is, would mean that as a country facing a deficit already, we will then be looking at an additional loss of revenue to give the public a relief. So, it’s also important for me and I’ve discussed it with the Council of Ministers: Where are we going to make this money back now also?”

Some proposals have been tabled to combat the revenue loss. “There are a few initiatives that I have already brought to the Council of Ministers on where we can tackle to raise some funds which doesn’t hurt, for lack of better words, the small man. But reducing funds during this time of the year where we don’t have the funds already, where we are asking for liquidity support, it is a difficult position to be in, so again… yes, we will reduce the funds on one side, but we also have to look at areas where we will generate the income.”

Prime Minister Silveria Jacobs added that the draft legislation to reduce the excise is making its rounds. “I did see a draft legislation going back and forth that required feedback from the various ministries. Also, as Minister [Irion] mentioned, there are options where St. Maarten has been missing out and it's part of the bigger discussion when it comes to the 12.5-per-cent cut.” She said the Dutch government is also looking to ensure that St. Maarten is generating the income that it can. “And that’s why the CFT [Committee for Financial Supervision] would make certain recommendations. So, a lot of these things fall within the ministry of TEATT and though the minister is absent, I have been trying to remain in contact … to ensure that the actions that need to be taken at the ministry level are moving forward, because as we move towards the economy picking back up etc., we are also going into a very precarious time of the hurricane season, and so the risk in terms of needing financial support later down in the year is still a real risk,” she said. “So, we must at all times, if we want to say we are standing on our own feet, take the necessary steps within the ministries that need to be taken so that we can build that resilience in our finances and be able to then, as the minister of finance said, make that cut for the persons buying fuel to be able to have less expenditures as well.”

In the meantime, Lawrence’s fuel price relief proposal includes reducing government’s earnings on the fuel price build-up to reflect pre-COVID-19 amounts. Lawrence had said when announcing the proposal that “doing this will ensure the government continues to earn fairly and at the same time bring some economic relief to the people of our country.”

Government currently receives turnover tax TOT and duty on the fuel price build-up, and today, that amounts to a combined NAf. 0.539 per litre. The fuel relief proposal will reduce government’s duty revenue by approximately 14 per cent. The aim is to keep these changes in effect until global fuel conditions become more favourable for the local market to experience relief.