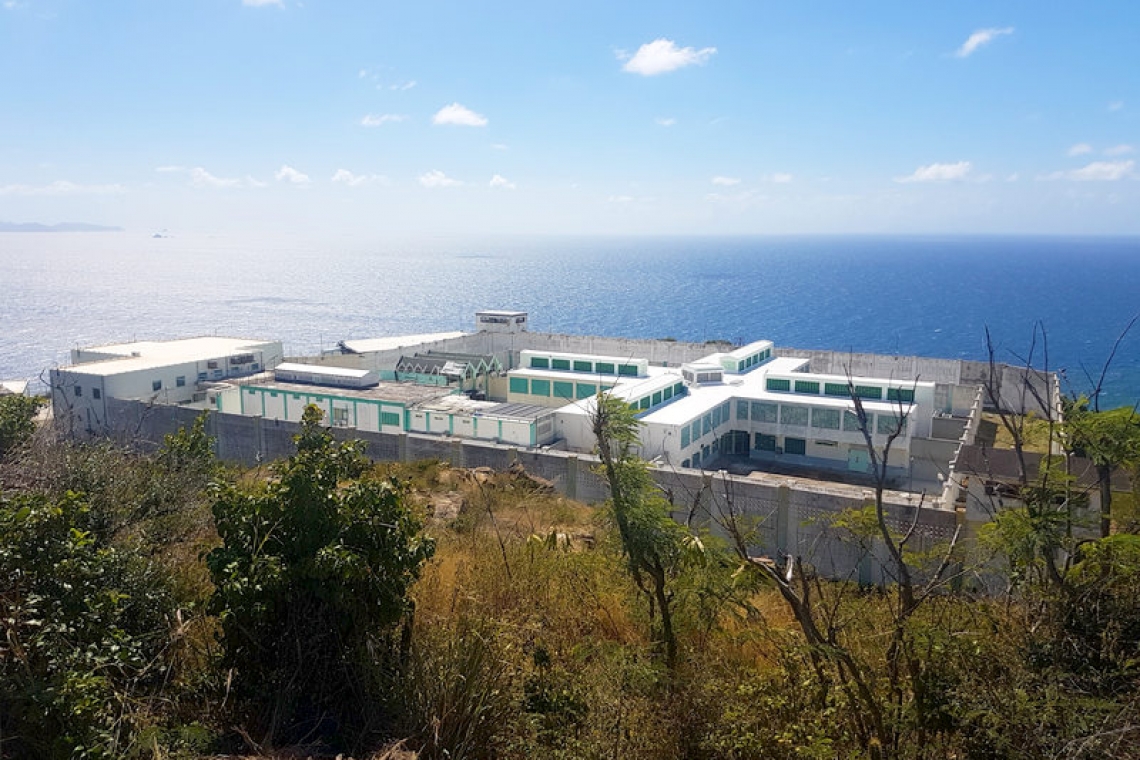 POINTE BLANCHE--Three attorneys will be filing an injunction on behalf of 37 persons who are currently detained in Pointe Blanche prison. In the injunction, the inmates are calling on the court to have them transferred to safe detention facilities in the Netherlands or in Bonaire within seven days after a verdict.

Some of the detainees involved are being held in pre-trial detention, while others have been irrevocably convicted of crimes and are currently sitting out their sentences.

In the injunction, attorneys Geert Hatzmann, Shaira Bommel and Sjamira Roseburg will be calling upon the judge to attach daily penalties of US $1,000 per inmate with a maximum of US $10 million in case the country and Minister of Justice fail to comply with the verdict.

The 37 inmates will be arguing that the prison has been plagued for years by a wave of very serious violent crimes involving the use of knives and firearms. As a result, detainees have been threatened and attacked. One inmate lost his life in one of these violent incidents, whereas another was disabled for the rest of his life.

On February 17, 2020, the three lawyers sent a letter to the Minister of Justice, where they demanded the transfer of the detainees to safer prisons in Bonaire or the Netherlands within five days.

The lawyers say that the minister failed to respond to their letter in any way. This left the inmates and their attorneys with no other choice but to address the court seeking transfer to a safe penitentiary institution elsewhere in the Kingdom.

The European Committee for the Prevention of Torture or Degrading Treatment or Punishment CPT and the St. Maarten Law Enforcement Council have both published highly critical, and according to the lawyers, even “destructive” reports about prison safety.

In various reports both organisations urged the government of St. Maarten and the Ministry of Justice to bring the liveability and safety at the house of detention to an acceptable level.

According to the litigating detainees, the government has categorically disregarded the numerous advices of the CPT and the Law Enforcement Council.

In its report of 2017, the council already stated that the security of detainees, visitors and staff could not be guaranteed, and that this unworkable situation had only worsened in 2018. In its 2019 report, the Law Enforcement Council stated that the situation at Pointe Blanche prison has not changed in comparison to 2018.

Also, the Court established that hardly any measure has been taken to improve the living conditions and security at Pointe Blanche prison, the three lawyers say.

In March 2017 and October 2019, the Court of First Instance ruled that detainees have been living in prison under dangerous circumstances rendering their punishments “cruel and inhumane”.

Referring to a “hostage drama” in November 2019 and a stabbing incident on February 1, 2020, the inmates claim they are all in permanent danger. They say that there is no hope that this situation will be immediately changed or resolved. They fear that it will be only a matter of time before another violent crime will be taking place within the prison’s confines. Since the prison director has recently been relieved of his duties the inmates fear that “anarchy” will only increase.