Hurricane-damaged Festival Village to receive a makeover ‘within short’ 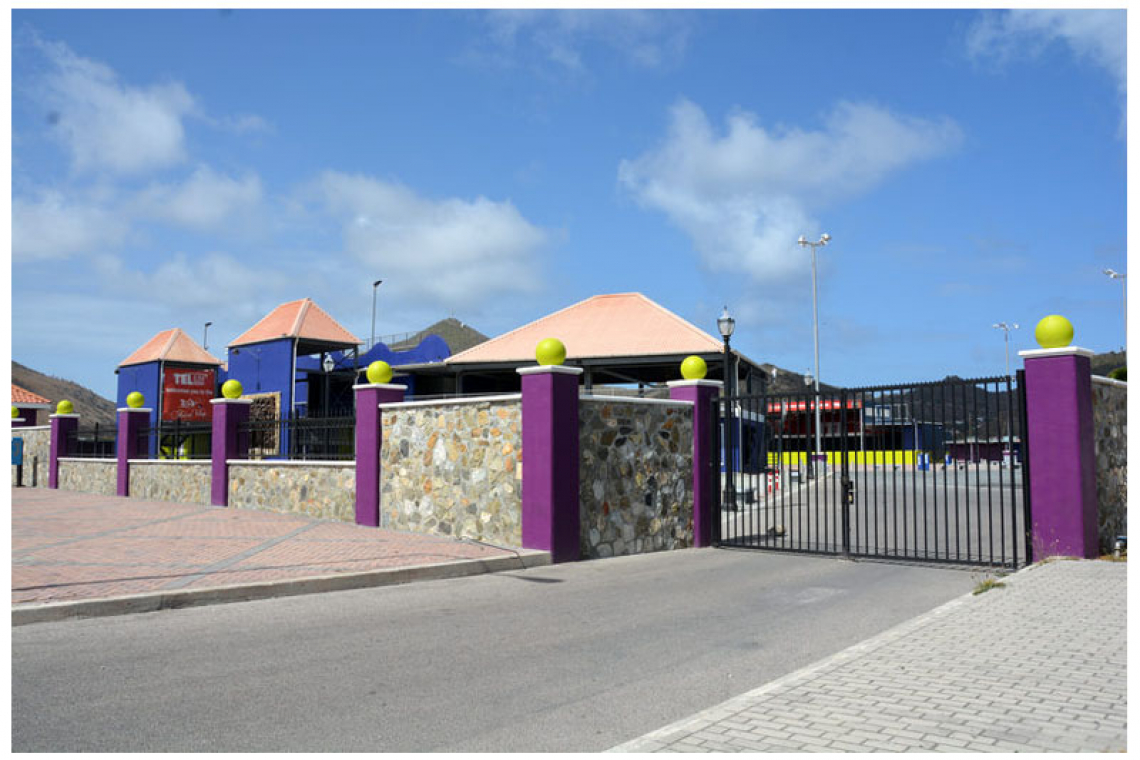 PHILIPSBURG--Hurricane-damaged St. Maarten Festival Village, dubbed “a public eyesore” by Member of Parliament Christophe Emmanuel earlier this year, will soon undergo metamorphosis, it was announced during a public meeting of Parliament on Friday.

Kurt Ruan, chairman of the board of the government foundation that runs the Festival Village, Stichting Overheids Gebouwen (SOG), announced that insurance company NAGICO will pay for the damage to the buildings caused by Hurricane Irma in 2017, estimated at US $519,000. “The negotiations have been concluded, the repair work can start within short,” Ruan said in Parliament on Friday morning.

“I am confused,” responded Emmanuel. “Did you not, Mr. Ruan, announce that the tendering process would take place in June? We are now in December – six months have passed. What is a short period of time to you? When will the bid be publicised?”

Festival Village has been sitting in an eyesore state since Hurricane Irma with no visible repairs having taken place, said Emmanuel. He questioned the management by SOG, owner of Festival Village, and called on Ruan to provide the total revenues since the start of the small business entrepreneurship programme in 2015.
The programme aims to stimulate entrepreneurship and more usage of Festival Village while offering vendors the opportunity to sell food and drinks. Seeing the effect of the COVID-19 pandemic on the economy, SOG lowered the price of the booths to $500 per unit, Ruan said. “Despite COVID-19 the food court is doing quite well. There are about 30 vendors for whom the booth is their primary business. The food court has become a serious joint effort.”

The food court provides the government with $15,000 in rental income every month. After deducting cleaning, pest control and the cost of support staff, about $2,000 remains, Ruan said. “The food court is not intended to make a profit for the government, it is about stimulating entrepreneurship. For SOG, it’s enough to break even.”

The government is in arrears with payments to SOG for the use of the Fire and Ambulance building in Cay Hill, built after the establishment of SOG in 2006 with a loan from OBNA Bank (Ontwikkelingsbank Nederlandse Antillen) and the general pension fund Netherlands Antilles APNA. Due to its ongoing repayment obligations to the two financial institutions, SOG is now short of cash.

Prime Minister Silveria Jacobs, as Minister of General Affairs responsible for the payments to SOG, explained to parliament that the National Recovery Program Bureau (NRPB) has been asked to provide financial assistance.

According to Ruan, SOG’s current financial status will not lead to a further postponement of the renovation of Festival Village. “With NAGICO’s insurance payments, not only will the booths in the Festival Village be repaired, the Simpson Bay Fish Market will also be given a makeover.”