Hospitainer for Statia to be functional on May 15 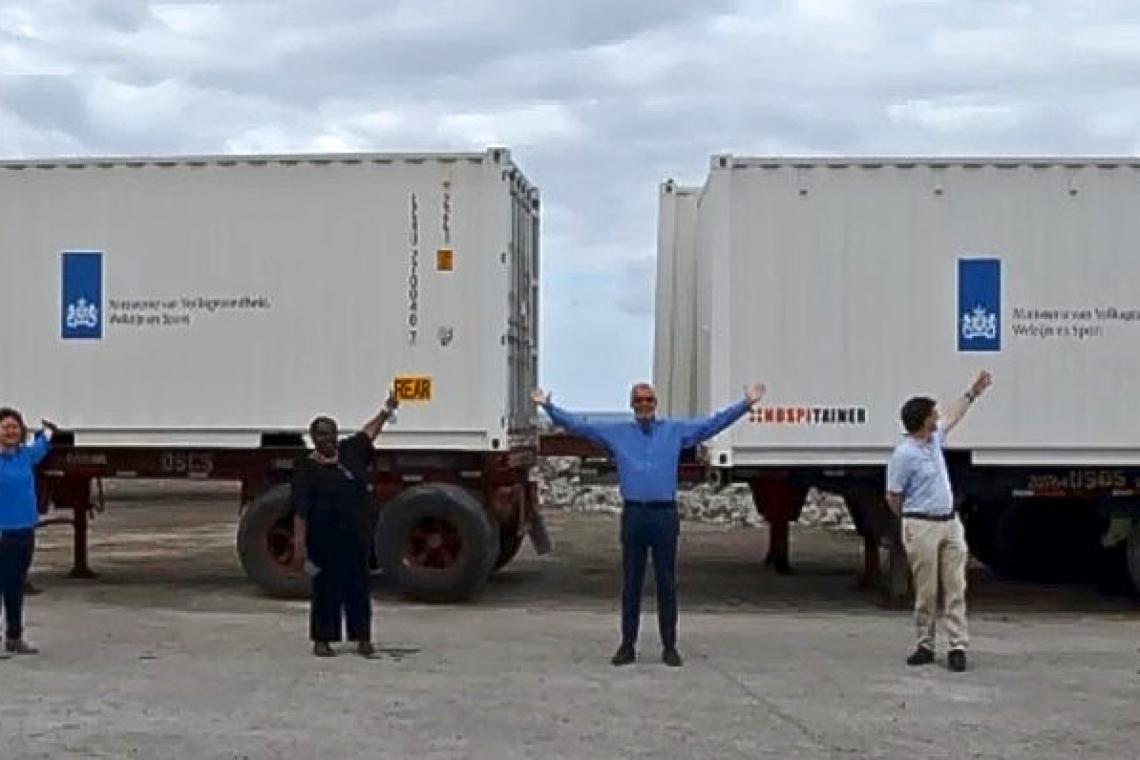 ST. EUSTATIUS--A hospitainer unit which arrived in St. Eustatius from the Netherlands on Wednesday, April 22, is expected to be become functional on May 15.

The hospitainer, a semi-permanent field hospital for rapid deployment, arrived in six containers onboard the Orion MV at Charles A. Woodley pier. The containers were flown from the Netherlands to St. Maarten in two shipments, one of which arrived on April 17 and the second on April 22.

Bonaire, Statia and Saba had requested medical support to combat the coronavirus COVID-19 from the Health Ministry in the Netherlands, because the regular medical services on the islands are inadequate to provide care for persons with COVID-19 symptoms and insufficient to guarantee the containment of these cases.

The hospitainer can be used in response to any medical challenge that may arise during the COVID-19 outbreak, offering a safe medical environment. When the hospitainer is operational, it can provide special care for persons who need medical attention. A total of six beds are provided for in isolation rooms. If a patient has breathing problems and is still alert he/she can be supported with ventilation.

In more complicated cases when a patient has breathing problems and is no longer responsive, the patient will be transported to St. Maarten for further treatment.

The public entity St. Eustatius said it was “much appreciative and very happy” with the delivery of the hospitainer, which contains additional basic medical facilities when the island is confronted with new COVID-19 cases. The hospitainer will be placed on the property behind the Jewish cemetery and the Old Church cemetery.