Grisha stays on as Chairperson, proposal to  add agenda point to remove MP voted down 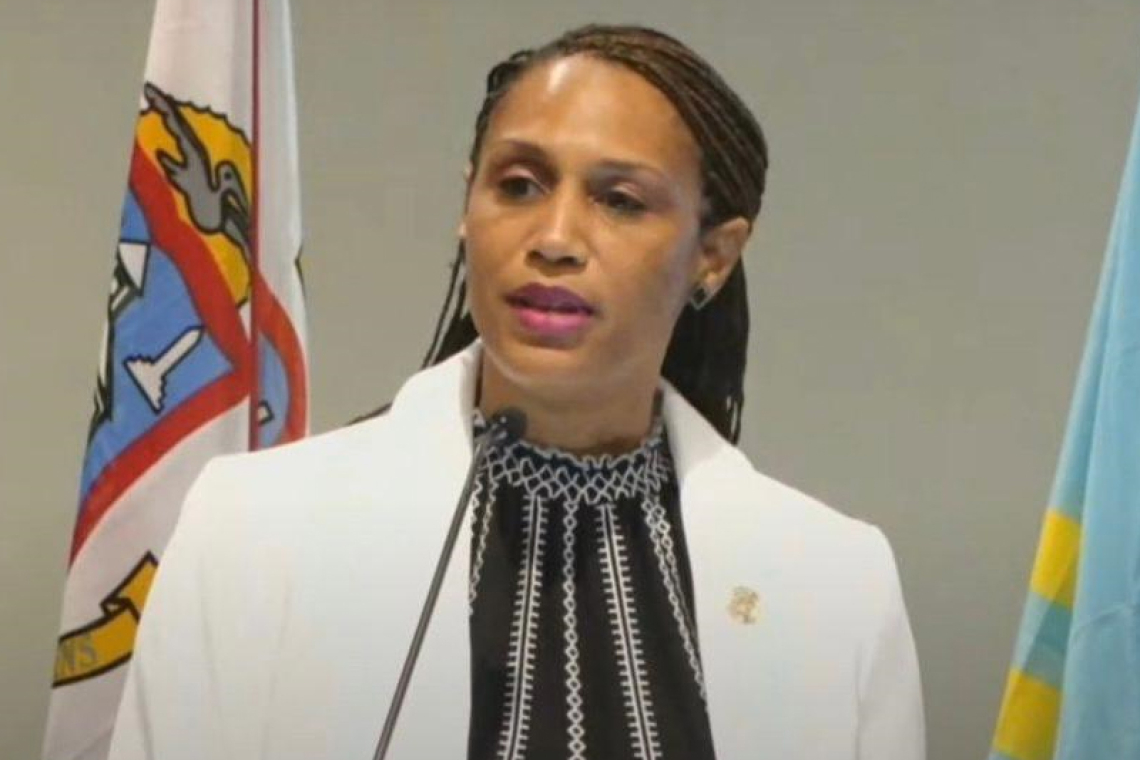 PHILIPSBURG--A proposal from United People’s(UP) party Member of Parliament (MP) Rolando Brison to add an agenda point to the public meeting on the COVID-19 cuts to relieve UP MP Grisha Heyliger-Marten of her duties as Chairperson of Parliament, was denied when it was put to a vote on Monday.

Monday’s meeting was the continuation of a meeting on the COVID-19 cuts that had been abruptly adjourned on September 19, in the final round after Brison asked that the agenda point be added to “thank the President of Parliament for her service over the past Parliamentary year and to relieve her of these duties.”

After asking Prime Minister Silveria Jacobs, who had been in Parliament at the time, for her take on the request and Jacobs indicating that she had no comment, Heyliger-Marten abruptly adjourned the meeting.

On September 20, eight MPs had also separately requested an urgent meeting with the same agenda point: to relieve the Chair of her duties. That meeting is expected to be called during the meeting week of October 24.

During the handling of the proposal on Monday, Wescot-Williams raised several concerns about the adding of agenda points to scheduled meetings questioning whether an MP can do so at any time and questioning therefore why there are Rules of Order governing the timeframe for meeting requests to be honoured. It was noted specifically that the request from Brison had been made towards the end of the meeting in question. Wescot-Williams asked that an official request that had been made for a meeting regarding the Mullet Bay Enquiry Commission also be also added to the agenda of Monday’s meeting and when the chairperson said it will be honoured, Wescot-Williams said her reason for highlighting the matter is for Parliament to decide that it is time to get some type of account from the Mullet Bay Enquiry Commission, which had eight months to complete its assignment, but it is now almost three years later. She indicated that she cannot support adding the Mullet Bay Commission request to the agenda of Monday's meeting as Article 52 of Parliament’s Rules of Order does not cover this topic.