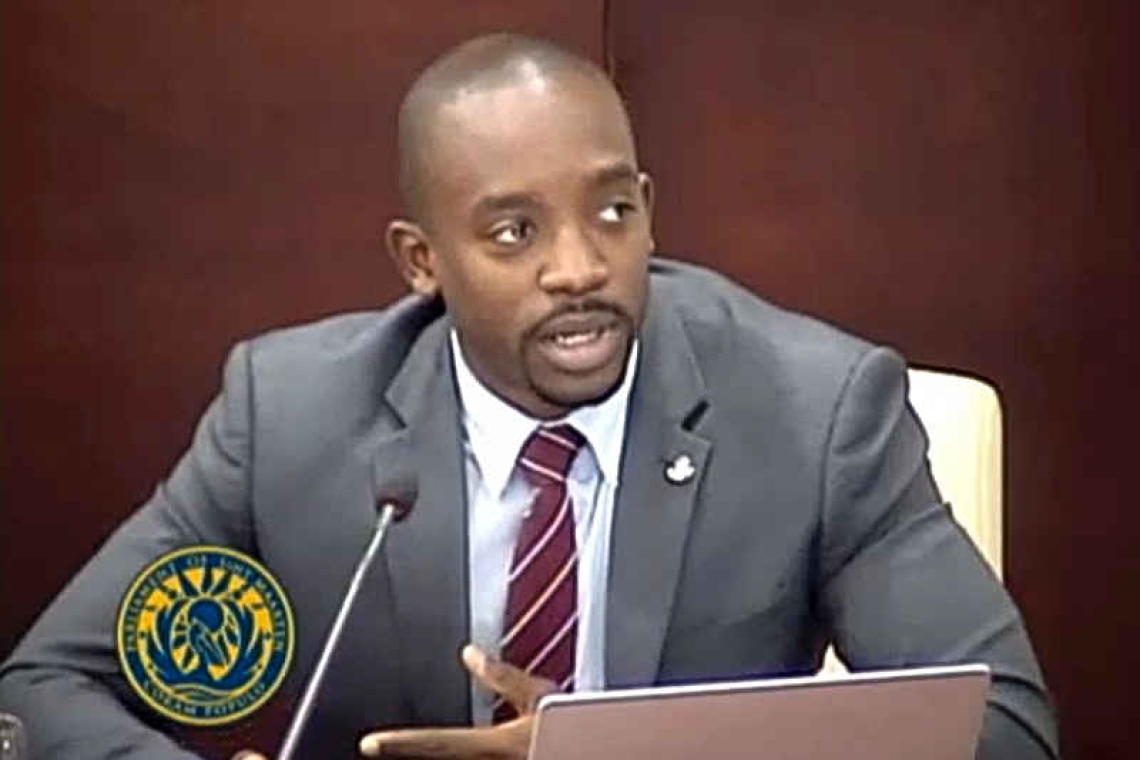 PHILIPSBURG--A Dutch-based financial consortium which was interested in exploring the possibilities of refinancing the liquidity support loans that St. Maarten has received from the Netherlands, became a topic of discussion recently after statements made by Finance Minister Ardwell Irion in Parliament and a subsequent letter to Irion from independent Member of Parliament (MP) Grisha Heyliger-Marten, who sought to clarify Irion’s remarks and omissions.

The name(s) of the entities in the consortium have not been made public. Irion spoke about the issue in response to questions from Heyliger-Marten during the continuation of a meeting on the draft amended 2022 budget on Tuesday. Irion referred to the consortium as “an entity”.

“We did have a meeting based on your request to meet with an entity in regard to possible refinancing of all the Dutch loans – all, basically the liquidity support or potentially all the Dutch loans. This request, I will also advise, this request is not a Parliament request, but also was a request by the Chair of Parliament. And we still, yes, entertained, because we did not see any issue with entertaining a conversation about a possible refinancing of loans,” Irion told the legislature.

“In this meeting that we had it was stated that there is a possible entity that is willing to refinance the loans. We had these discussions in the meetings. It was also advised that we do not want to take the path of it not being requested from Parliament to have any discussed or signing any [memoranda of understanding – Ed.] MOUs with this entity. It was discussed with this entity. The entity has requested for us to sign an MOU with them to be able to go into further discussions, [with] which we disagreed,” stated Irion. “In addition to that, the entity also, which we thought was a bit weird, the entity also requested or suggested that we get a guarantee by the Netherlands to be able to fund this loan. So, basically, this entity would take over our loan from the Netherlands, but they wanted a guarantee [from] the Netherlands to back this loan.”

Heyliger-Marten responded to Irion’s statements and added information which she said Irion failed to disclose to Parliament. The MP said she had arranged a virtual meeting with the minister at the request of the representative of the Dutch-based financial consortium which wishes to explore the refinancing option in question. “What you failed to disclose to Parliament is that I initially introduced the refinancing option in my capacity as a member of the coalition in a group chat. As such, I was not acting in any formal position on behalf of Parliament nor the office of the Chair of Parliament,” said the MP.

“As you had also been made aware, the consortium’s representative had been in informal talks with representatives of the Aruban government about refinancing options since the onset of the COVID-19 pandemic as a solution to a part of Aruba’s outstanding debt. The meeting was strictly of an informal and informative nature, aimed at establishing if formal exploratory talks between the consortium and the government of St. Maarten (and possibly Aruba and Curaçao) on this refinancing option were desirable.”

She said during the meeting, the consortium’s representative explained and elucidated on the specifics of the refinancing option, and in particular the potential benefits for the three parties involved. As it relates to the guarantee by/from the Dutch government, Heyliger-Marten said Irion failed to inform Parliament that the representative of the consortium had already informally discussed this guarantee with technocrats and others within the Dutch government, who indicated being receptive to a proposal including a guarantee.

“After the meeting, you indicated that you were interested in receiving more information in the form of a term sheet in order to compare the conditions of the refinancing option with the current financing conditions. Subsequently, the consortium’s representative sent a draft MOU to your office for review and signing, which MOU would allow both parties to further explore the financing option and exchange confidential information during the process. This practice is customary in the financial sector. MOUs and other confidentiality agreements are signed prior to proposals being issued, and not the other way around,” stated Heyliger-Marten.

“Since I nor the consortium’s representative have received any response from your office since the draft MOU was sent to you, efforts to get in contact with your office were unsuccessful, and based on your statements during Central Committee meeting number 5, it is clear that you either did not comprehend the matter at the time and/or have no proper recollection of what transpired,” she said, adding, “This is very unfortunate, considering that the state of St. Maarten’s financial situation calls for competency and urgent action as I have outlined in my different letters to you during the past parliamentary year. I therefore look forward to your answers to Parliament on this and other matters with the highest urgency and trust that in doing so, you will provide complete information to Parliament,” stated Heyliger-Marten. 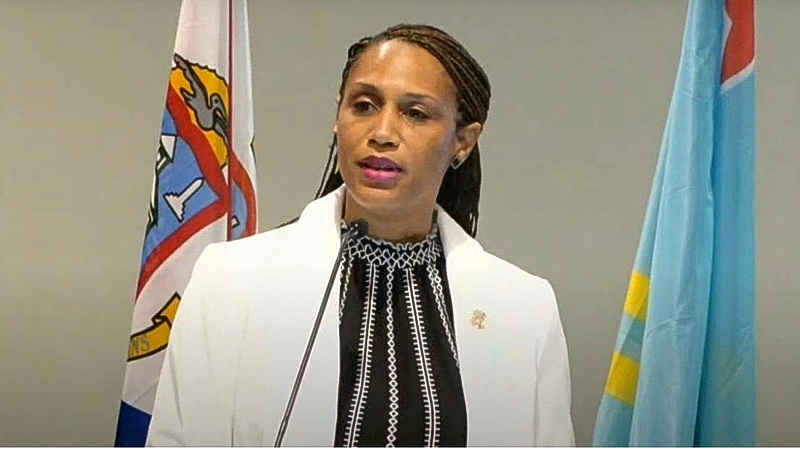