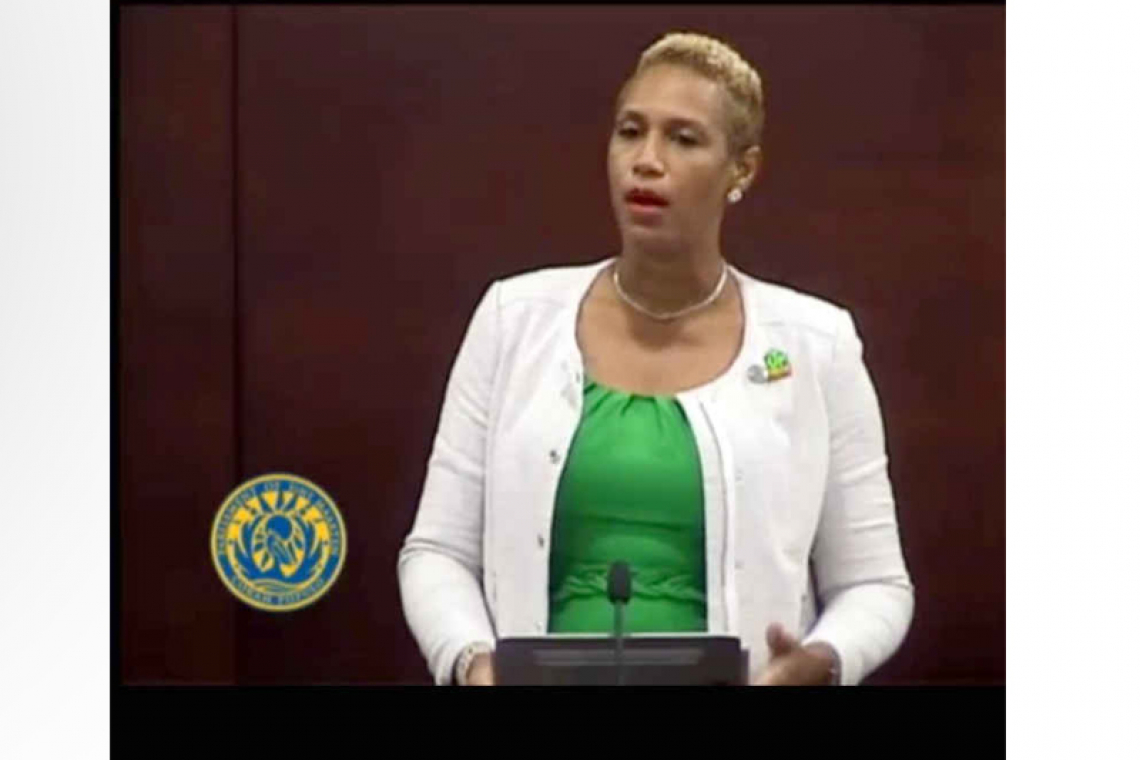 PHILIPSBURG--Chairperson of Parliament Grisha Heyliger-Marten is convinced the draft Consensus Kingdom Law on the Caribbean Body for Reform and Development COHO cannot and should not be supported by the Parliament of St. Maarten.

The United People’s (UP) party Member of Parliament (MP) outlined this in a letter dated April 21, to Prime Minister Silveria Jacobs.

“Having reviewed the entire package of the current draft law, the input from several Dutch Caribbean experts, and taking into account the information and developments to which I referred in my letter to you, dated March 29, 2022, registered under IS/721/21-22, I am now even more convinced that the draft COHO law cannot and should not be supported by the Parliament of St, Maarten,” said Heyliger-Marten.

“From what I have been able to determine, it is still not in full compliance with all local, Kingdom and international laws, and will not be beneficial to St. Maarten and its people either.”

The MP referred to the meeting of April 11, during which Jacobs indicated that, seeing the progress with the reforms which St. Maarten has decided to implement, there is no need to establish the COHO. “During said meeting, you also suggested how Parliament can further proceed with the trajectory now that the government of St. Maarten has done all that it should and could have done based on its mandate.

“Furthermore, seeing the many ongoing scandals within the Dutch State and its executing agencies which are costing the Dutch taxpayers billions of euros, many of which cannot be accounted for, victimises thousands of innocent Dutch citizens, and has led to a number of parliamentary inquiries, I don't believe that the Dutch State is in the position to implement and staff a COHO that will function in the best interest of St. Maarten.”

The Chairperson of Parliament referred to the petitions filed with the "Special Rapporteur" and "Working Group", as well as the CERD-recommendations of August 25, 2021.

“During your presentation on April 11, 2022, you outlined the many challenges you encountered in your dealings with the Dutch government in terms of the latter being able to overrule you based on its (perceived) superior (legal) status within the Dutch Kingdom. The only manner in which this situation can be adequately addressed is for St. Maarten to achieve said full measure of self-government through constitutional reform. I was therefore unpleasantly surprised at your response to MP Sarah-Wescot-Williams' question regarding the status of the working group based on the ‘De Graaf’ and ‘Van Raak’ motions. Seeing your experiences with the Dutch government during your negotiations the past years, the mandate of the working group(s) based on the two motions, and your desire to ‘mend the relationships,’ I would have expected a more proactive approach from the government of St. Maarten with regard to getting the working groups going.”

She continued: “In this respect, I am hereby requesting you to provide Parliament with a written update/overview and plan of action for that trajectory since the names of the members representing St. Maarten were submitted to the Dutch government over a year ago. With regards to ‘relationship-mending’ I believe that this alone, however you define it, is not sufficient. And even if this were to be achieved, it will still not address the democratic deficit and the resulting lack of a full measure of self-government.”

Heyliger-Marten said having consulted with different international experts in the field of development cooperation, capacity building, and constitutional reform during the recent Parliamentary meetings in Panama and Argentina, she is also now even more convinced that the only way for St. Maarten to achieve its development objectives and ambitions is by ensuring true capacity building outside of the Kingdom of the Netherlands based on a full measure of self-government.

“I therefore look forward to the answers to my questions of March 29, 2022, at your earliest convenience. As I pointed out in my letter, I believe that the answers to these questions will allow the Parliament to formulate its position(s) on moving forward with regard to the COHO and other related matters,” stated the Chair of Parliament.