Governor warns against intervention by kingdom 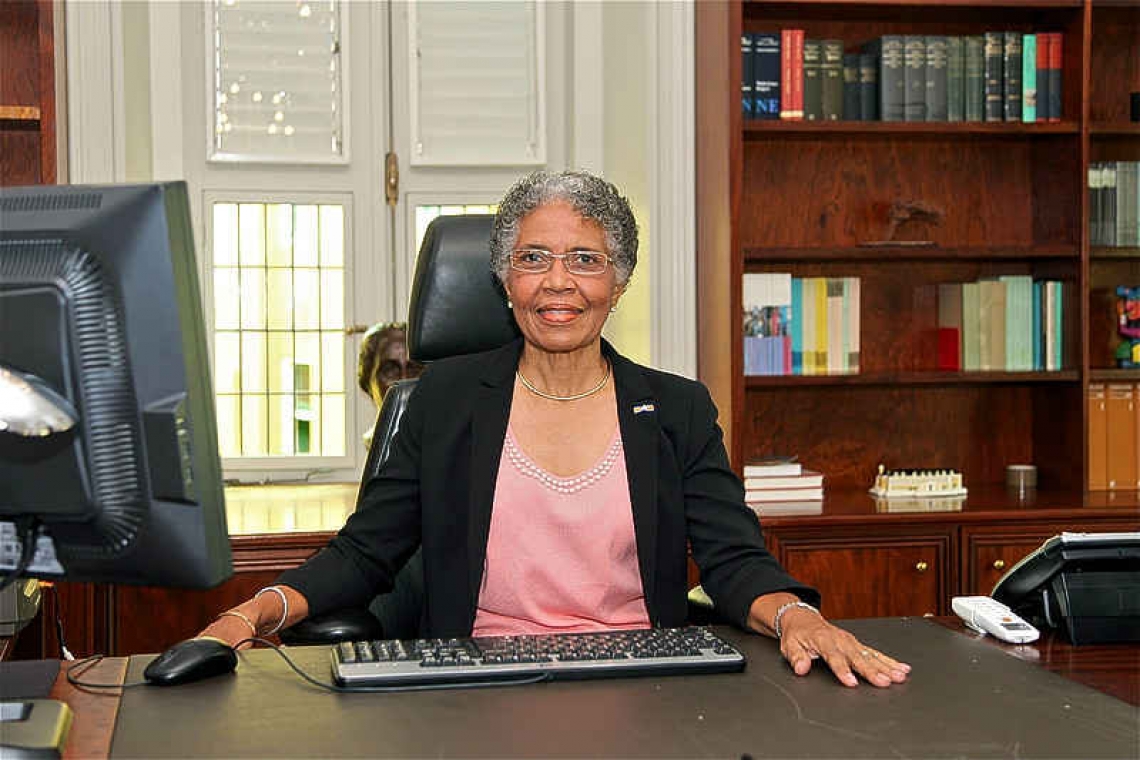 WILLEMSTAD--Curaçao Governor Lucille George-Wout has warned the faction leaders in Parliament for a possible intervention by the Kingdom Council of Ministers in The Hague.

The five opposition parties and independent (former PIN) member Rennox Calmes, together accounting for 10 of the current 20 occupied seats, are trying to prevent candidate parliamentarian Elhage of coalition party PAR from being sworn in, which would again give the PAR/MAN government, minimal, majority legislative backing. Opposition members want new elections and, therefore, failed to show up to two public meetings where Elhage’s credentials were to be approved.

George-Wout called the faction leaders to tell them she is considering asking the Kingdom Council of Ministers for a General Governing Measure, so that she can still swear in Elhage (as successor to William Millerson, who died in June). Opposition representatives announced they would not change their position after the conversation with the governor.

The Rhuggenaath Cabinet had already lost two ministers, one of whom is being prosecuted for a possible violation of the screening law for candidate cabinet members.

The biggest opposition party “Movementu Futuro Kòrsou” (MFK) says the Rhuggenaath Cabinet has been ruling without a majority since July 20. That is undemocratic, argued political leader Gilmar “Pik” Pisas. In a letter to George-Wout, he asked her to intervene.

According to Pisas, this can be done in various ways. For example, the remaining PAR and MAN ministers can step down or a government of National Unity could be established. A third option is to dissolve the legislature and call early elections.

“Pueblo Soberano” (PS) will not help Elhage get the seat, confirmed its faction leader Jaime Cordoba. After speaking with the governor about the impasse he said his position has not changed.