GEBE: No disconnections, no late fees until September 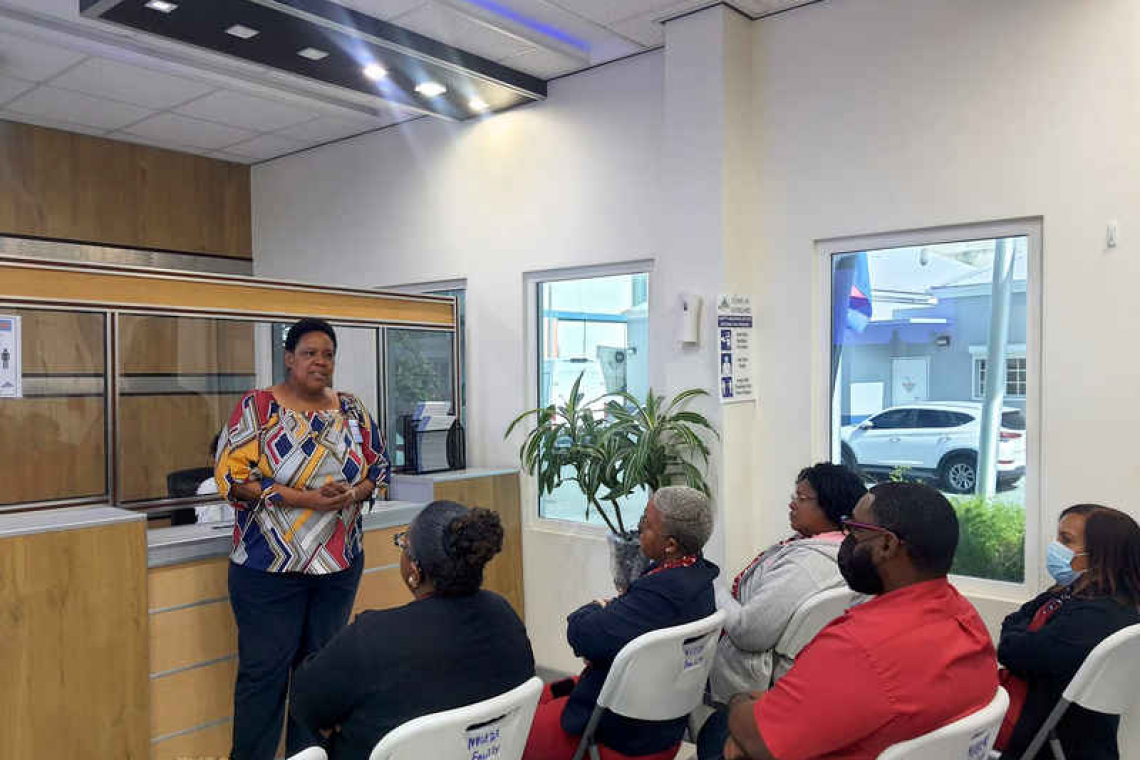 According to the update published on the company's Facebook page, GEBE's Philipsburg branch will reopen to the public on June 6 from 6:30am to 4:30pm Mondays through Fridays, and on Saturdays from 8:00am to 12:00 noon.
The reopening details of its Simpson Bay Branch Office will be made in a subsequent announcement.
GEBE said its staff will be on hand to assist the public with any questions and there will be a special line available for seniors.
In the meantime, GEBE held what it referred to as a “huddle meeting” with its staff on Wednesday and Thursday to discuss the reopening. During the meeting, GEBE management met with staff to discuss the reopening of the company. Acting Temporary Manager Sharine Daniel, and Commercial Manager Iris Arrindell updated staffers on what to expect next week during the reopening.
Daniel thanked the staff for their hard work and dedication over the past few months. She said the past few months had been stressful and trying times for the company and hiccups might be encountered during the next couple of weeks as GEBE welcomes back consumers, but she stressed that the company will continue to work to evolve and serve the people of St. Maarten as best as it can.
The reopening of GEBE is occurring two months and almost three weeks after the company closed for payments on Thursday, March 17, after being attacked by BlackByte Ransomware.
Consumers will receive three bills at the same time for March, April and May. Consumers should go into GEBE to make payment only if they have received a bill. Clients will not be forced to settle all three bills at once. Payment arrangements can be made. Persons who usually receive their bills by email will continue to receive them by email. Clients whose bills go via standing order should take note that three bills will go to the bank for them and GEBE advised these customers to make arrangements with their bank concerning payment, as the company does not want all three bills to be deducted at once.
Clients who had already received a March bill are urged to disregard the first March bill they had received, as a new March bill will be issued. The issuing of bills will be an ongoing process.
Persons who paid by cash between March 1 and March 16 should email their receipt to GEBE at
This email address is being protected from spambots. You need JavaScript enabled to view it. or WhatsApp GEBE at tel. +1-721-588-3117 or take a copy of their receipt to GEBE so that this can be processed.
Persons whose email or phone number has changed should update their information at the company by sending an email to
This email address is being protected from spambots. You need JavaScript enabled to view it. so that the company can update their master data.
Persons with queries or comments can contact
This email address is being protected from spambots. You need JavaScript enabled to view it., WhatsApp 588-3117, visit GEBE’s website and have a live chat with one of the company’s customer care representatives or call GEBE at 546-1100 or 546-1160.