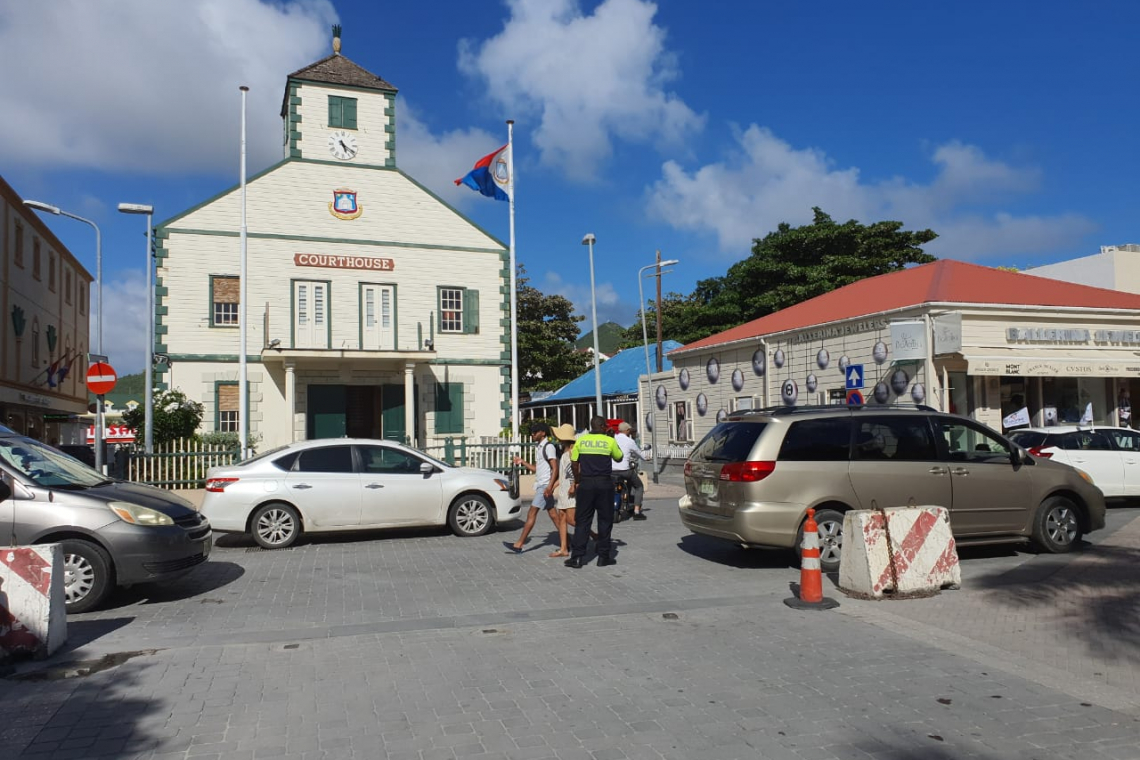 PHILIPSBURG--Janssel Manuel Haddocks (29) was sentenced Wednesday to fifteen years in prison for his involvement in the shooting of Giovanni Vichi Machado on Sao Paolo Road in Union Farm in the early morning hours of March 21, 2019. The court found involuntary manslaughter and possession of a firearm with ammunition proven.

In his ruling, the judge stated that the evidence in the so-called “Lamantijn” case was, among other elements, based on a compilation of video surveillance camera images provided by the police’s Major Crime Team.

Police were called to Sao Paolo Road around 5:15am that day because Machado had been shot in his car and was lying in the street bleeding from a gunshot wound to his back. His car was found with its doors open and his wallet was found empty in the vehicle. Machado was transported to St. Maarten Medical Center (SMMC) and was later flown to Guadeloupe for urgent medical care. He died of his wounds on March 25, 2019.

The Prosecutor’s Office considered it proven that Haddocks and another man had shot Machado as part of an armed robbery. Haddocks stood trial for these charges and for firearm possession during a hearing in the Court of First Instance on Friday, October 2, during which the Prosecution called for a 16-year prison sentence.

Witness M. “Ben” N. told police that he and the victim had been having a night out and had ended up at adult entertainment establishment Casa Blanca. There, an unknown man and Machado made an agreement that he would procure a prostitute for Machado for US $500. She was to render her services for 24 hours.

The witness, the victim and the unknown man then left Casa Blanca in the victim’s car to pick up the prostitute in Union Farm. When they arrived at a home, the unknown man jumped out, went inside for a few minutes and returned, not with a woman but with another man. They both entered the car, sat in the back seat and told the witness and victim that they had to pick up the prostitute elsewhere.

The witness said he had been instantly suspicious of the situation and moments later he had heard a click and turned back to see one of the suspects with a firearm. The witness said he then jumped out of the car and ran away, believing that he and the victim would soon be robbed or killed.

Surveillance camera footage in Union Farm depicted a man jumping out of the car’s back seat and running away. He was followed moments later by another man, who similarly had jumped out the rear left door. Despite the video being too dark to see the men’s faces, the prosecutor argued that the second runner was the defendant.

Surveillance camera footage from adult entertainment establishment El Capitan – where the defendant admitted he had been earlier in the night – showed the defendant wearing clothes similar to those of the second man who bolted from the victim’s car.

The defendant’s DNA was also found on the rear left door handle, the prosecutor stated.

The victim had a considerable amount of money on him in view of his plans with the prostitute, and it was clear that Haddocks knew that and that he was in fact looking for a companion to rob the victim together, the Court said.

“Witness ‘Ben’ gradually became so uncomfortable, especially after hearing the click of a firearm, that at a moment when the car slowed down, he fled from the car through the right front door. Minutes later the fatal shot was fired, by the companion or by Haddocks himself, whereupon successively the companion and Haddocks took the victim’s money and left the car,” according to the judge.

The victim was able to turn the car, drive a short distance and leave the vehicle. He was found on the street with serious wounds, a few dozen metres from his car.

Considering the defendant’s multiple prior convictions for attempted murder, armed robbery and gun possession, the prosecutor had painted Haddocks as someone with a penchant for violent crime. “For a couple hundred dollars, he was okay with taking [the victim’s – Ed.] life,” said the prosecutor. The prosecutor thus considered a long prison sentence justified and demanded 16 years for the killing of Machado, a husband and father of two.

During his hearing, Haddocks unequivocally denied being involved in the shooting, claiming he had spent the night out with his friends.

Bommel argued that her client was known to change his telephone numbers frequently. She said his probation officers had tried to contact him on the registered number a week before the shooting and he could not be reached. It thus could not be determined that he was in possession of that mobile phone, she said.

Bommel also questioned the DNA evidence found in the car. The case file is not specific on where her client’s DNA was found on the door, despite the prosecutor’s claim that it was found on the inside handle, she said. According to Bommel, it could only be ascertained with certainty that her client was in the car, but not that he was involved in the shooting.

Based on the case file, the cell-phone-tower data and video images, the court arrived at the conclusion that in the run-up to the shooting, Haddock’s telephone number had moved along the victim’s route from the Casa Blanca parking lot to the crime scene in Union Farm during the night of the shooting.

“The phone moved until the last moment, and finally via the scene of the proven crime to the Haddocks residence,” the judge stated, adding that it was “not implausible” that Haddocks had multiple phones in his possession that night.