Extra security for prime minister amid fears of underworld threat 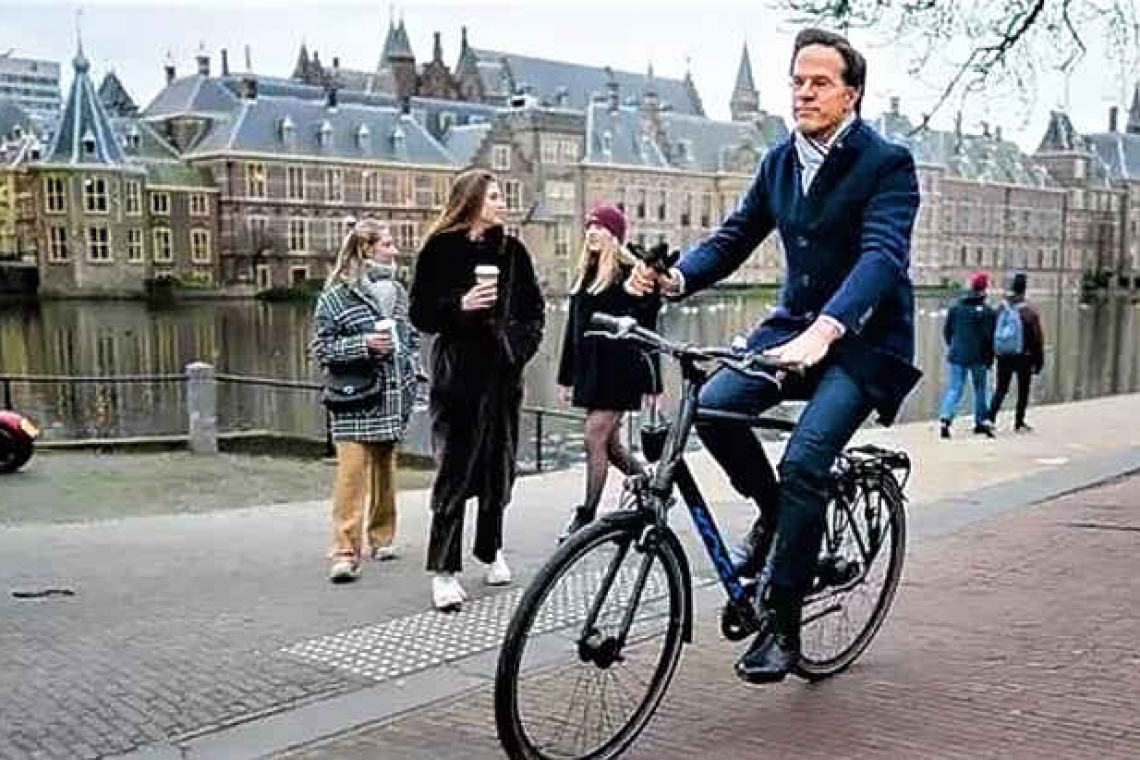 Rutte travelled to and from work by bicycle and walked around The Hague unguarded during 11 years as prime minister.

THE HAGUE--Caretaker prime minister Mark Rutte has been given extra personal protection amid concern that gangsters may be plotting to kidnap him. De Telegraaf newspaper reported that intelligence agencies acted after “spotters” – people hired by criminal gangs to prepare the ground for an attack or kidnap – were observed in Rutte’s vicinity.

The prosecution service and intelligence agencies would not say whether Rutte’s security detail had been stepped up, but other media organisations, including NOS and nu.nl, confirmed the reports through their own sources.

“We never disclose anything about security situations and protective measures,” a spokesman for the prosecution service said.

De Telegraaf reported that specially trained Royal and Diplomatic Protection Service DKDB officers had been assigned to Rutte, with a combination of “visible and invisible” measures.

A security officer took up a more prominent position than usual in the temporary parliamentary chamber during the two-day budget debate last week. It was assumed to be extra cover for PVV party leader Geert Wilders, who has had high-level protection since the assassination of film-maker Theo van Gogh more than 15 years ago, but De Telegraaf reported that the officer was also assigned to Rutte.

Rutte has kept his security detail low-key during his 11 years as prime minister, travelling to and from work by bicycle and walking around The Hague unguarded. But the assassination of public figures such as journalist Peter R. de Vries and lawyer Derk Wiersum have raised fears that ministers and politicians could be targeted.