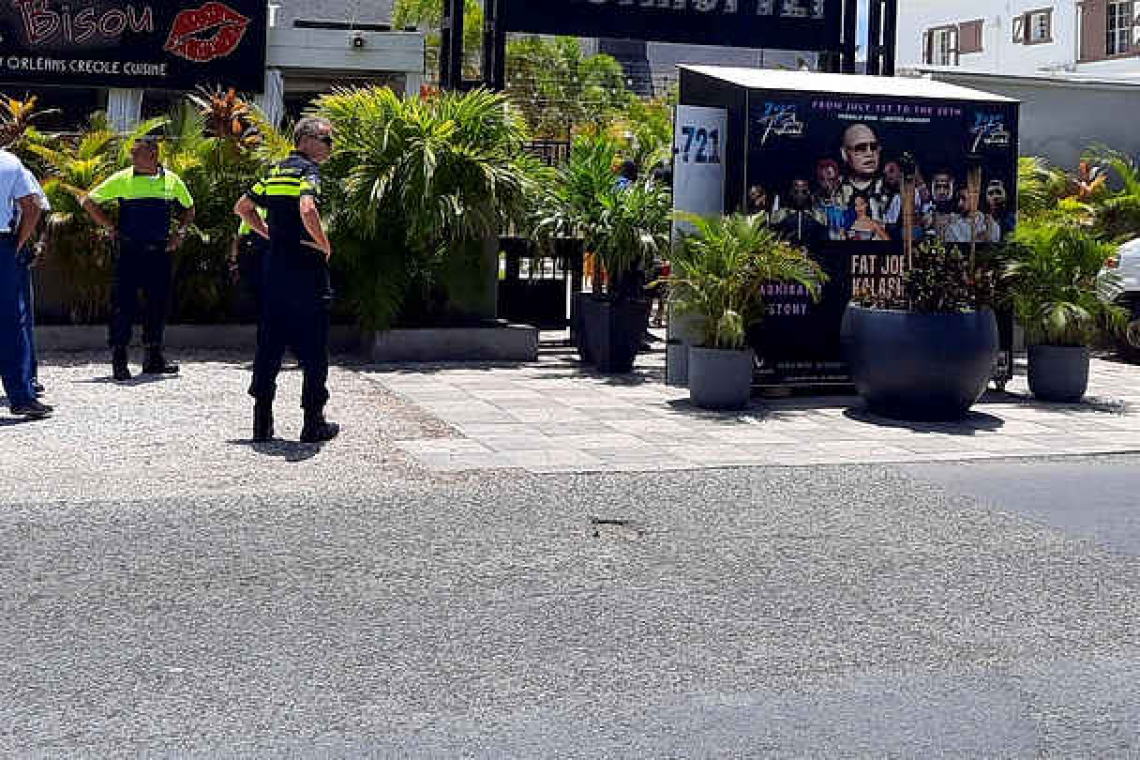 Police issued a fine after VROMI inspectors removed the wooden shack and plants.

PHILIPSBURG--St. Maarten Police Force KPSM, in co-operation with several other government agencies, conducted an action against one of the Simpson Bay-licensed establishments. The permit holder had placed a wooden shack and several plant containers on the public road.

The licence holder had already been summoned by KPSM and the Ministry of Public Housing, Environment, Spatial Planning and Infrastructure VROMI to remove the displayed objects from the public road. Management of the establishment declined to do so.

In response to a reminder from the community police officer about the removal of the objects, a manager told police that they were not planning to do so and that the police would have to take care of it themselves if they wished to have the objects removed.

On June 28, VROMI inspectors with the supervision of the police removed the illegally placed objects from the public road. The permit holder will be issued a fine in accordance with the General Police Ordinance.

Police are requesting permit holders to comply with the conditions attached to their permit. Also consider that a permit must be obtained for any other adjustments needed on the public road.