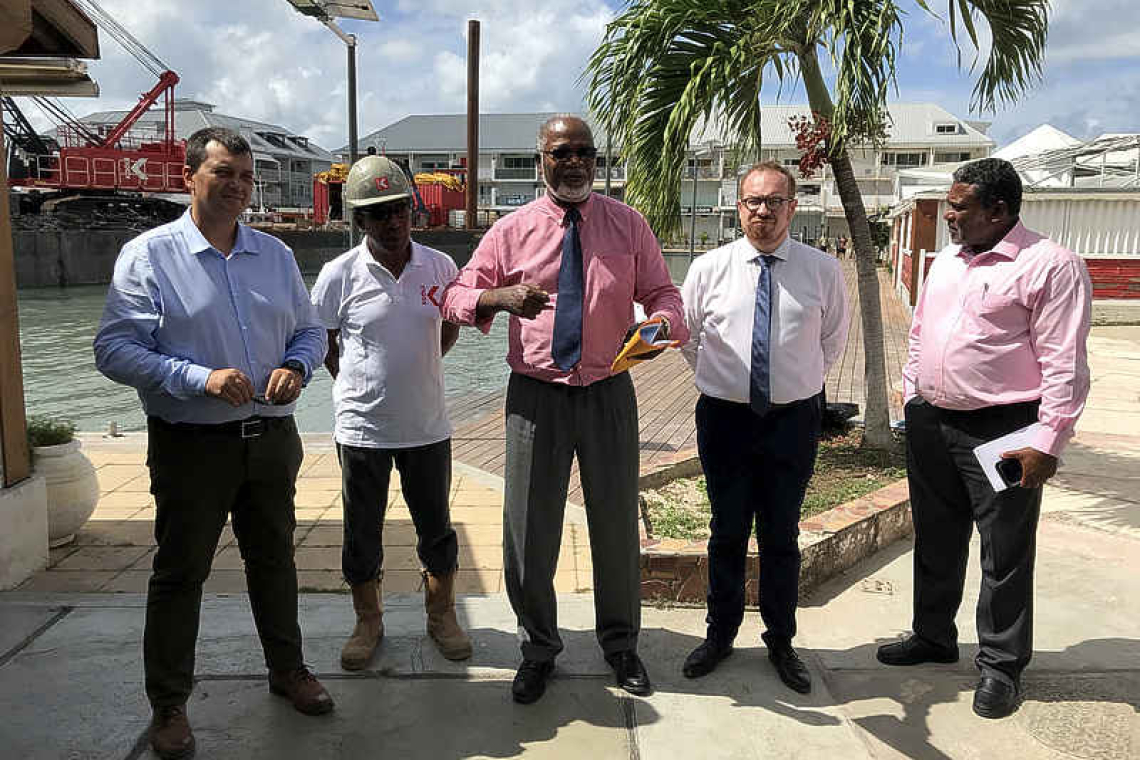 MARIGOT--A press conference was held at Marina Port La Royale on Friday to coincide with Koole Contractors cleaning out the water, where tons of debris had been identified by drone. The operation with the barge was due to finish Saturday. It was also an opportunity to talk about the marina’s future.

Richardson emphasised the importance of acting before the start of the tourist season; hence, replacement of the wooden decking and installation of 12 solar-powered streetlamps around the marina have made an improvement. He thanked the business owners at the marina for their patience over the years despite the difficulties.

The Collectivité and Semsamar are committed to working on a redefinition of the specifications of the DSP to provide more scope. Richardson said the current dispute over the DSP will now be settled amicably to allow a re-start on new objectives.

In the long term, he said, this will take the form of a global renovation of Marina Port La Royale to include rehabilitating the Auberge de Mer buildings up to Albéric Richards Stadium and creating new activity zones. A project is also being defined to rehabilitate the former Tourism Office. The future of the boatyard will also be discussed.

These development projects will contribute to the economic and tourism development of the territory, but are also intended to secure the site against delinquency in the area (the long-standing issue of homeless persons and drug addicts in the marina’s Lowtown-side car park has never truly been resolved). Patrick Hénocq of the anti-delinquency department CLSPD was present at the press briefing and is working on these issues.

Koole is currently winding up its boat wreck removals and all operations will finish between November 15 and 20. The barge in the marina has collected 60 tons of waste and debris.

Mussington thanked Koole Contractors for its professionalism and adherence to the schedule. “This is an important project, because it contributes to the revival of nautical activity,” he said.

Sésé recalled that the project to remove boat wrecks was financed to the tune of 4.2 million euros by the European Union (EU) and a contribution of 400,000 euros by the State.

Asked whether he had confidence in the marina returning to its former glory, Marigot Merchants Association President Yann Lecam said: “Yes, when you start to see action and not words, it does instil confidence. It was important for us to see that. I can tell you that two to three restaurants are planning to open. This one in the corner (former La Belle Epoque) has been sold and will open January 1 and another one plans to open in four months. Shops will also return. I do believe development is going to happen now.” 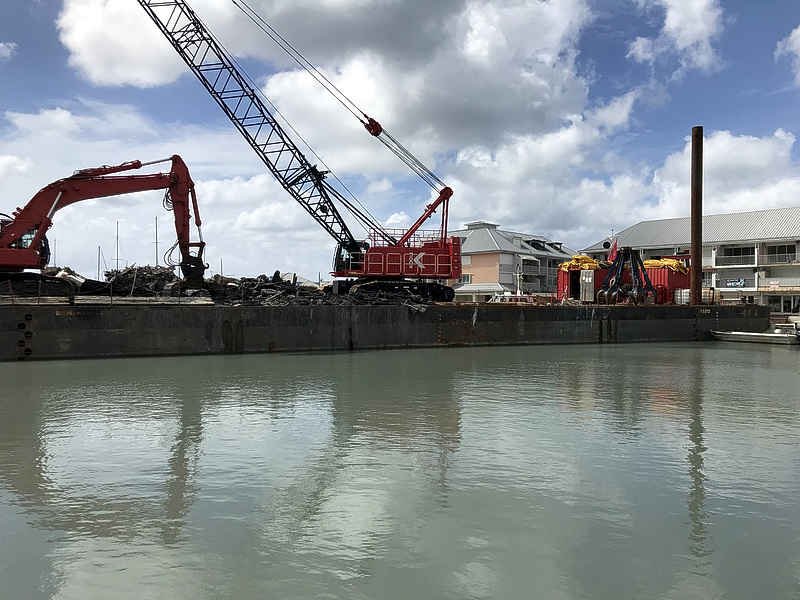