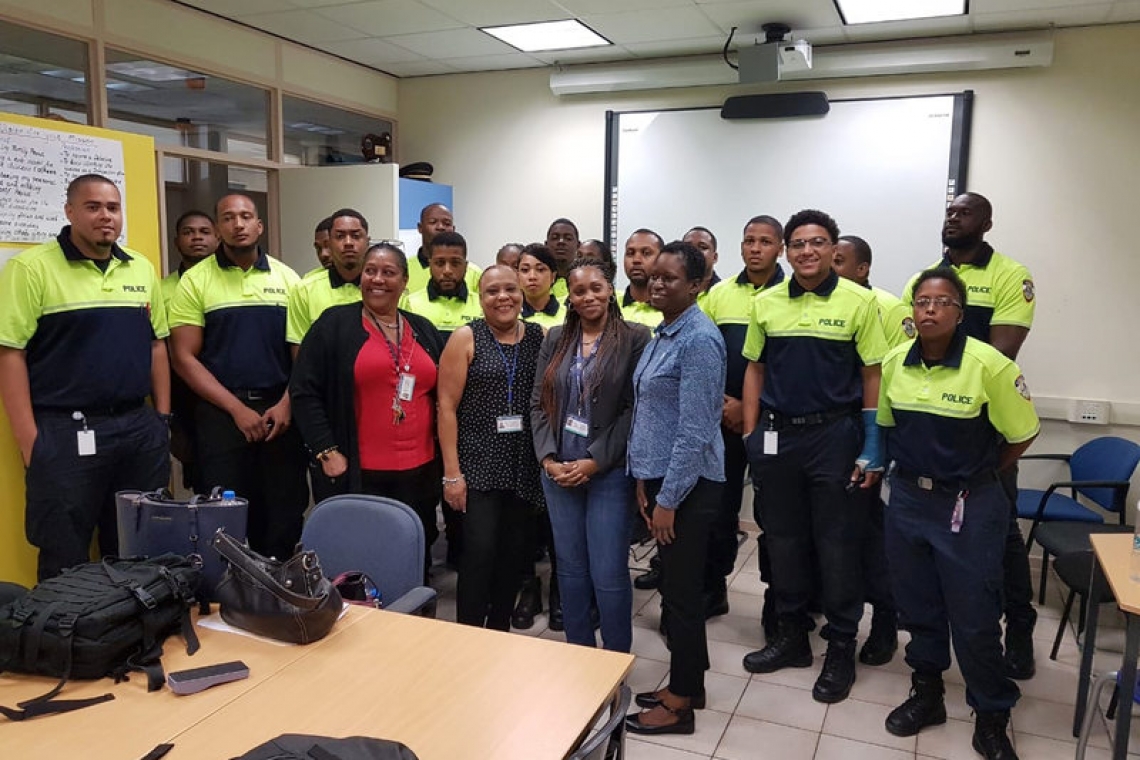 Police cadets and Department of Economic Licences representatives before a meeting at the Philipsburg police station on January 31.

PHILIPSBURG--Representatives of government’s Department of Economic Licences held an informative session with community police officers and cadets of the St. Maarten Police Force KPSM at the Philipsburg police station on Friday, January 31.

During the session, department representatives spoke about the department’s opening hours, licensing policies and procedures, various regulations, and dealing with infractions encountered within the business community and within public transportation.

The department and police said they would explore avenues to operate more effectively and efficiently in carrying out their parallel tasks and in achieving closer cooperation with each other.