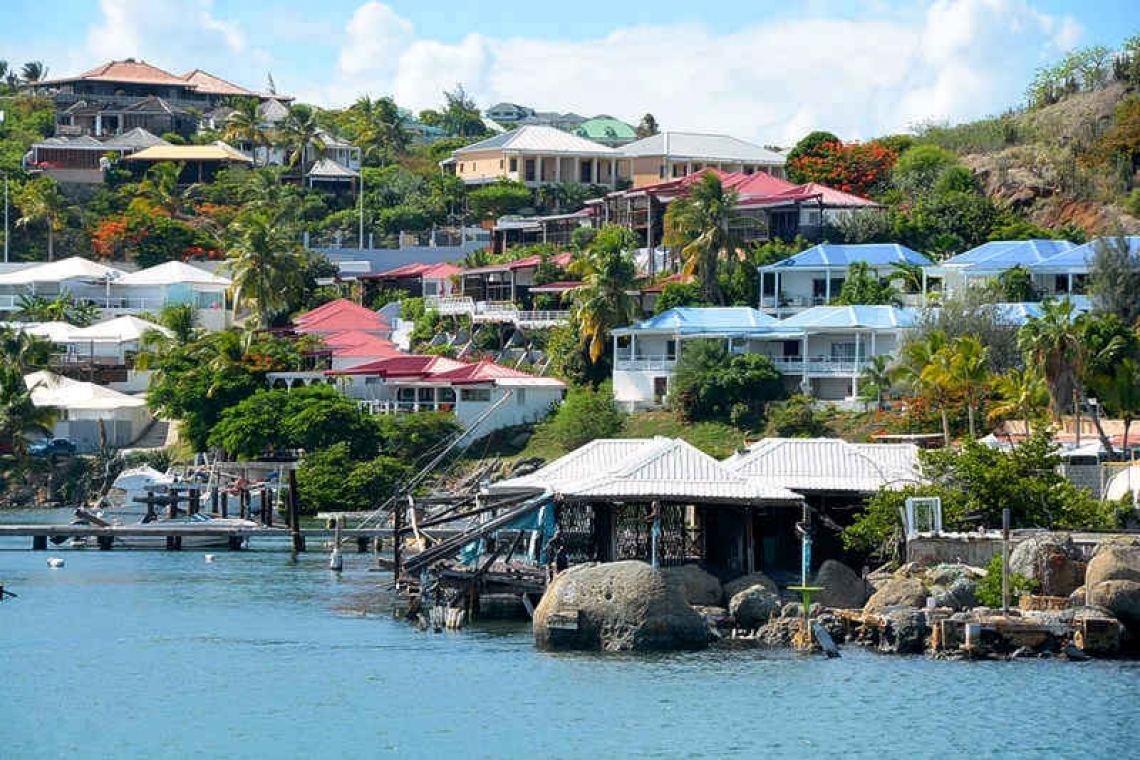 The dispute at Oyster Pond is about whether the border goes through the middle of the water or along the north shore.

ROTTERDAM--The border conflict at Oyster Pond in St. Maarten/St. Martin and the ordeal of Captain Oliver’s owner Maggi Shurtleff got extensive exposure on Thursday with the publication of a full-page article in the Algemeen Dagblad (AD), the Netherlands’ second largest newspaper.

AD journalist Koen Voskuil interviewed Shurtleff and Member of the Second Chamber of the Dutch Parliament Ronald van Raak of the Socialist party (SP). The latter has been putting pressure on the Dutch government to find a solution for the border conflict which is keeping Shurtleff from rebuilding her restaurant.

“Mangled by a dispute over a 1648 border” is the article’s headline in which it is noted that because of a “curious border dispute between France and the Netherlands” and “bureaucratic terror,” Shurtleff’s restaurant remained closed – this, while preparations since 2016 to start high-level talks between France and the Netherlands have yielded very little result, let alone a solution.

A July 15, letter of Dutch Foreign Affairs Minister Stef Blok confirmed that Shurtleff’s nightmare is far from over, because the countries are still in the preparatory phase and the formal negotiations, which were to start in April/May, were postponed due to the coronavirus pandemic.

“Sleep in France, dine in the Netherlands,” was the slogan of Captain Oliver’s restaurant and hotel located right on the border at Oyster Pond. “We were a symbol for unity on the island,” Shurtleff told the AD. The restaurant and adjacent marina were destroyed by Hurricane Irma in September 2017.

Shurtleff and her husband, who passed away in 2010, opened Captain Oliver’s in 1983, at which time the couple was told that they would resort under the Dutch-side law and tax regime. In 1996, the French government claimed the property.

St. Martin civil servants told the couple that they needed to pay taxes on the French side. The couple wrote many letters for years and hired lawyers to clarify their position in the hope that a solution would be found.

The border at Oyster Pond was never formally demarcated when the island was divided in two in 1648. To this day it is disputed whether the entire inland water belongs to the Dutch side, or whether one half of it belongs to France and the other half to the Dutch Kingdom.

The pressure on Captain Oliver’s kept increasing and in 2016 the Gendarmes raided her establishment, arresting Shurtleff and taking her in for questioning. She started legal procedures against the French authorities, but a year later Hurricane Irma badly damaged the property.

The Dutch side has not been forthcoming with the issuing of a building permit to reconstruct the property, leaving Shurtleff in a bind. She does not dare to reconstruct without the necessary documents. “The French warned me that they will arrest me again immediately,” she told the AD.

According to Member of Parliament Van Raak, Shurtleff is “the victim of a geopolitical issue where the French are showing their muscles and the Dutch are afraid to set the limits.” Van Raak submitted written questions about the border dispute last year and during a debate early July this year he again sought clarity.

The issue has deeply affected Shurtleff, and has literally made her ill. “I can barely feel my arms and legs anymore. I feel paralysed,” she told the newspaper. She feels abandoned by the St. Maarten government and the Netherlands. She hopes that a solution will be found. “It is my dream that Captain Oliver’s will reopen its doors.”