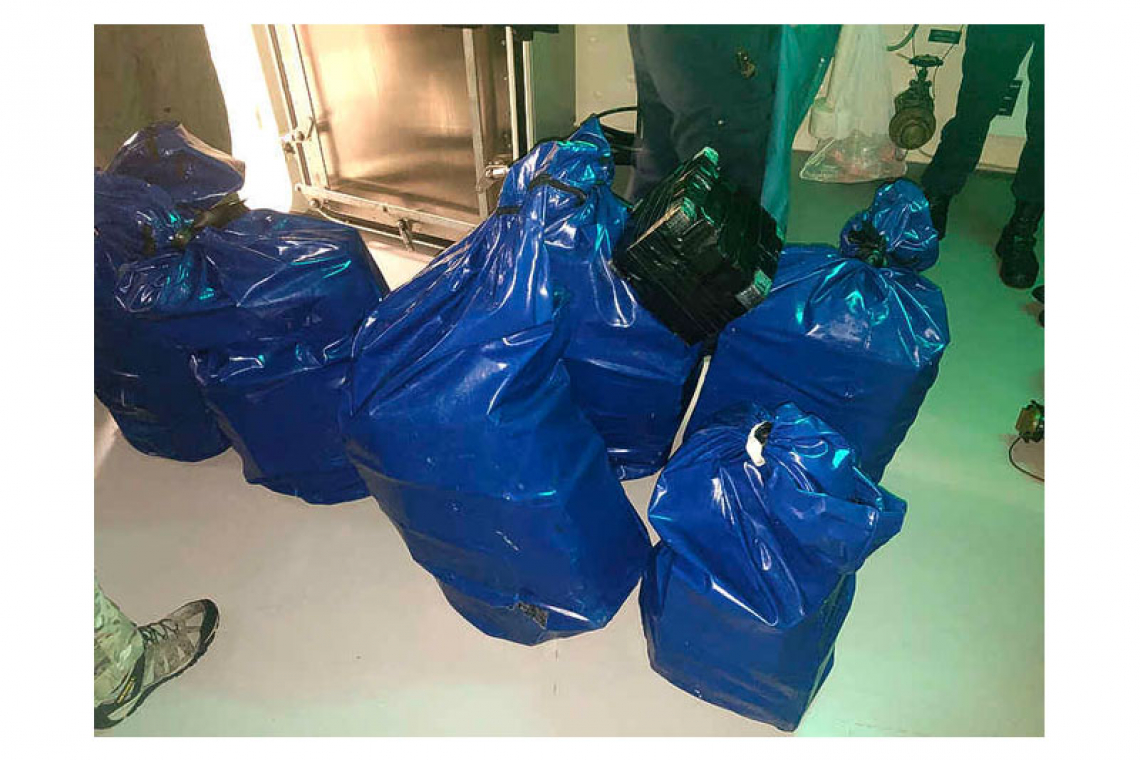 A helicopter launched by English naval vessel RFA Argus spotted a suspicious vessel in the Caribbean Sea on Saturday, September 26. When they noticed the helicopter, the boat’s three-man crew began dumping their cargo overboard.

The go-fast tried to outrun the FRISCs, but was ultimately unable to evade the faster, nimbler military ships. However, before they could be stopped, the go-fast’s crew had managed to dump all their cargo into the ocean. Authorities found no contraband on board the boat.

Authorities searching one of the intercepted drug boats (foreground), with “Zr.Ms. Groningen” (right) and a Dutch Navy FRISC (left) in the background. 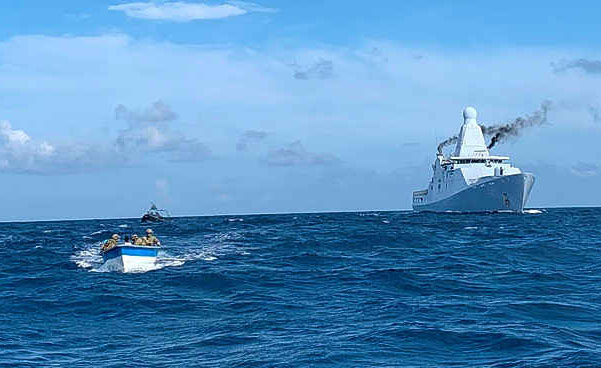 The Dutch Navy then spent some time fishing packages out of the sea, and in total confiscated 284kg of cocaine. How much cocaine the go-fast had actually been carrying cannot be determined with certainty, said the Dutch Navy.

The crew was arrested and handed over to the United States (US) Coast Guard for prosecution.

RFA Argus and Zr.Ms. Groningen stopped another go-fast in an undisclosed part of the Caribbean Sea on Monday, September 28.

This boat’s crew had also tried to dump its contraband overboard, but was not as successful as Saturday’s go-fast. The Dutch Navy found the packages near the boat and confiscated them.

Some 1,720kg of cocaine and 29kg of crystal meth were seized in Monday’s bust. The boat’s crew was arrested.

Including Monday’s seizure, the Dutch Navy has made five drug busts in the Caribbean Sea in the past month, totalling approximately three tonnes of cocaine.