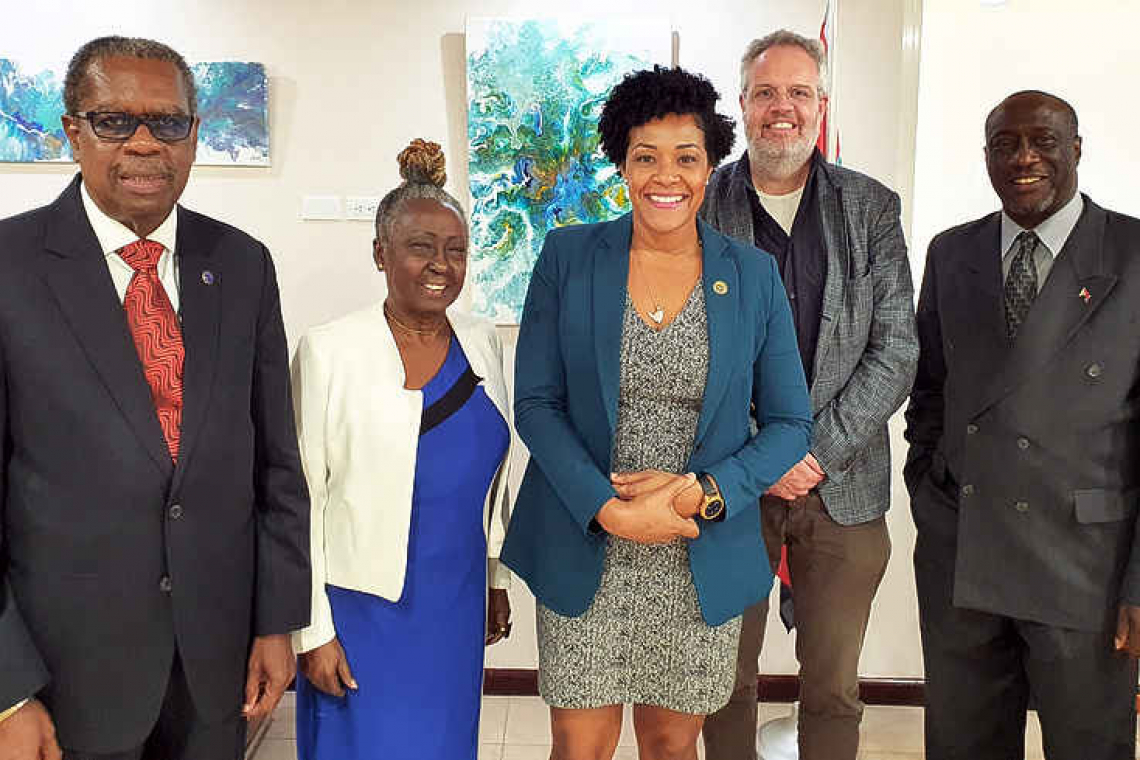 PHILIPSBURG--National Alliance (NA) Member of Parliament (MP) Ludmila Duncan on Thursday, April 21, submitted a proposal for action to Parliament, two days after hosting the first-ever expert panel discussion on the Charter of the Kingdom of the Netherlands. The MP deemed the event a success.

Duncan’s proposal to the Committee for Constitutional Affairs and Decolonization, following Tuesday’s panel discussion, includes the execution of a self-assessment in which the Committee evaluates the various actions that have taken place over the last year in order to create multi-partisan priorities moving forward. “It is perfectly normal for each faction to have a different stance on how we should move forward during these challenging times. What can we all agree to achieve together? That is the question I am asking my fellow colleagues; to look at what we have said and done over the last two years, and agree on at least a couple of action points,” she said in a statement on Thursday.

The proposal also recommends the creation of technical subcommittees to work on legislative review and amendments, as well as civic engagement and public relations. “After the panel discussion, a few MPs have already agreed that there are some necessary amendments to the Charter to work on, while other MPs will be diving deeper into the recommendations of Dr. [Nilda – Ed.] Arduin as it concerns a process to inform and transform the people. The Committee has an obligation to be more transparent and accountable and there is much more work to be done at local, kingdom and international levels,” noted the MP.

“Kingdom relations, at this moment, are of national significance, especially during the current deliberations on the Caribbean Reform [and Development] Entity COHO. St. Maarten is in a vulnerable position. The Committee for Constitutional Affairs and Decolonization was established during historic times to do historic work. I believe this group of MPs truly wants to make a positive impact on the country, across party lines, so I am looking forward to the next year and making some strides. I have requested a meeting of the Committee to discuss the proposal further,” Duncan indicated.

As Chair of the Committee for Constitutional Affairs and Decolonization, Duncan initiated the idea of hosting a high-level roundtable in 2021. With multi-partisan approval, a subcommittee comprising NA MP George Pantophlet, Party for Progress (PFP) MP Raeyhon Peterson and suspended independent MP Claudius “Toontje” Buncamper proposed several themes and constitutional experts. The roundtable’s objectives were to provide the public with historical information on the Kingdom Charter, and for Members of Parliament to receive recommendations on designing an approach to amending the Charter. Duncan said the Charter remains the foundational constitutional framework and regulation for the Kingdom of the Netherlands, with the last changes to the Charter taking place in 2010 when the Netherlands Antilles ceased to exist.

“The discourse during the panel discussion, I believe, assisted members in putting several concepts into perspective and devising a roadmap towards improved political relations within the Kingdom. The public tuned in and the feedback received on all ends was extremely positive. I would like to thank my fellow Committee members, the secretary general of Parliament and Dr. Arduin, Mr. Reynold Groeneveldt, Professor Gerhard Hoogers and Mr. Julio Romney for their presence, position papers and recommendations,” said the MP.