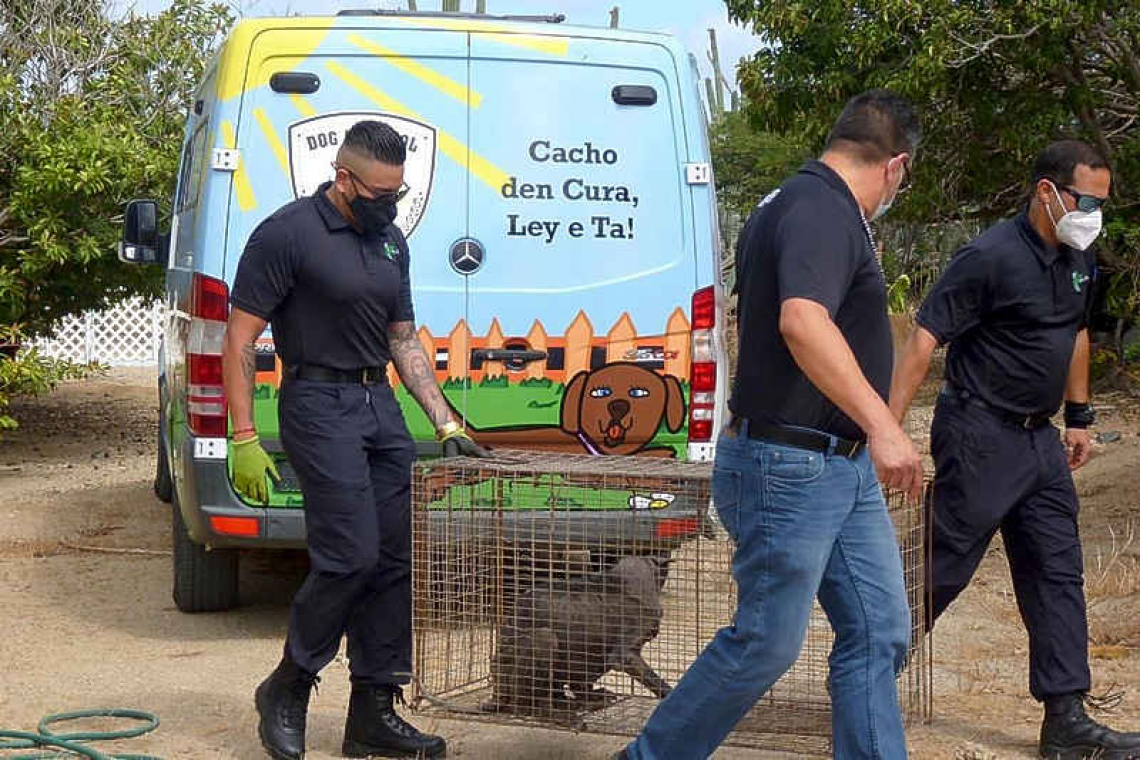 The Dog Control Unit gets assistance from the Bureau City Inspector to remove severely neglected dogs and to bring them to the Dog Control Centre.

After an informative, theoretical session by veterinarian Irene Croes, dog trainer Tito Laclé and the practical aspects by dog trainer of the Aruba Police Force KPA Dean Nicholson, the members of the Dog Control Unit went to get practice in the field.

Under the guidance of Nicholson, the unit went to the various districts to check for neglected animals. Based on a call, they went to an address where they encountered dogs in a highly critical state. The dogs were severely malnourished and were full of mange and wounds.

The owner had already signed off to have the dogs removed. The dogs were taken to the Dog Control Centre where they will receive professional care. The case in question gave the team a good view of the level of neglect, while at the same time it made the team realise how much work animal welfare volunteers have been doing for many years to assist and rescue pets.

The COVID-19 pandemic has made the situation for animals worse with many of their owners out of a job, and the animal welfare organisations and their volunteers have their hands full. Veterinary care and sterilisations are offered, and loving new homes are sought for the animals, but the situation remains highly problematic because there are so many neglected pets.

The Aruba government, under the Ministry of General Affairs and Prime Minister Evelyn Wever-Croes, has initiated a multi-disciplinary National Dog Plan. The Dog Control Unit has the full support of the Ministry of Justice. Legislation to better protect dogs is part of the National Dog Plan. Government deemed it necessary to get involved due to the seriousness of the situation. and the increasing number of stray and neglected dogs.