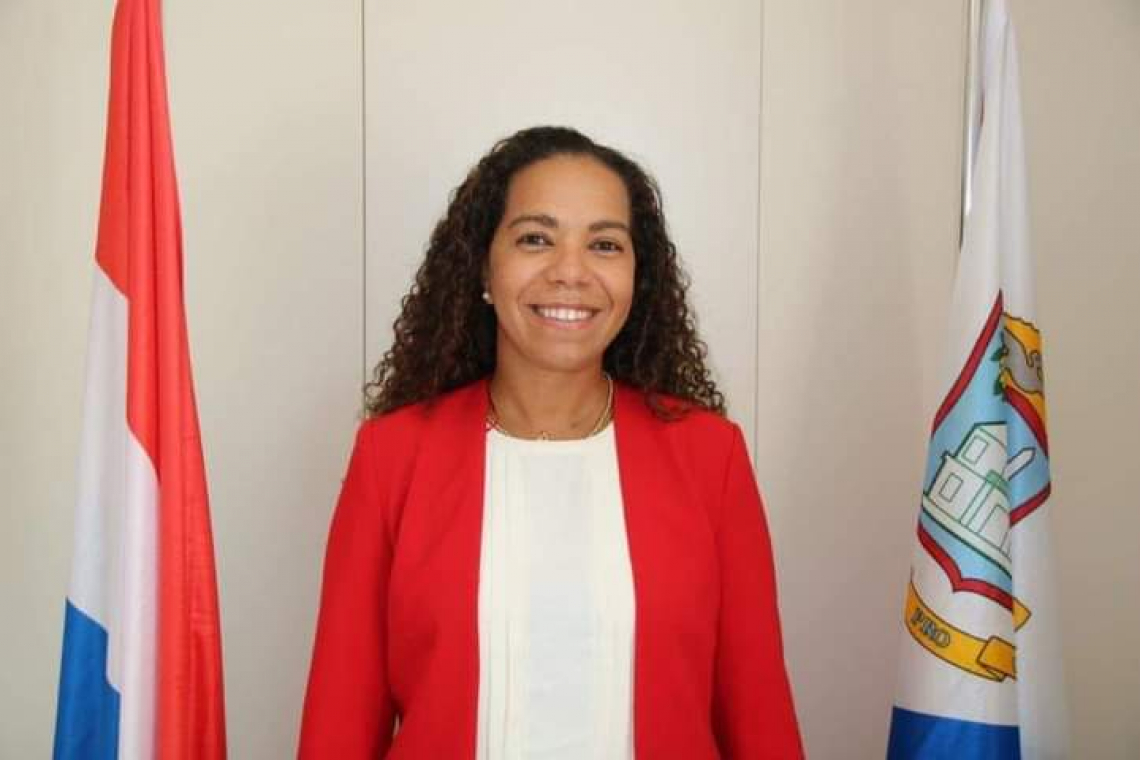 PHILIPSBURG--Minister of Tourism, Economic Affairs, Transportation and Telecommunication (TEATT) Ludmila de Weever, along with members of the TEATT Inspectorate and legal counsel, met recently with hotel representatives from Simpson Bay Resort, Atrium, and Diamond Resorts to discuss complaints about ongoing noise pollution in the Cole Bay and Kim Sha areas.

Hotels and their guests have been complaining over the years about nightly noise pollution emanating from the area, but these complaints often went unanswered, it was stated in a press release. Many times, the noise levels become so loud and invasive that hotel guests find it difficult to rest in their rooms, the release said. During the meeting, De Weever said her ministry has received several complaints from residents and the hotels about the problem in the area and it is her desire, and that of the government’s, to ensure proper compliance with St. Maarten’s laws.

“The complaints have even led to cancellations of hotel bookings, as well as decreased sales in timeshare at the resorts, thus adversely affecting St. Maarten’s economy and recovery effort. Several guests and timeshare owners expressed their dismay in the locations because they are often sleep deprived as a result of the constant high-level noise after midnight, and at times into the very early hours of the morning,” it was stated in the release.

Simpson Bay Resort’s Marcel Javois, on behalf of hoteliers present, outlined the goals for the hotels. Javois explained that they are seeking short-term solutions to immediately curb the noise pollution, long-term solutions, as well as permanent solutions that would be beneficial to all parties concerned.

Lucien Wilson from the Inspectorate of TEATT explained that after recently consulting with the Prosecutor’s Office, a three-step approach has been agreed upon whereby violation of laws and the licenses would first result in a warning. The second violation would then lead to the issuance of a fine, with a subsequent violation resulting in the temporary closure of the establishment. If violations persist, measures will be taken which can result in the revocation of the license(s) issued.

The TEATT Ministry emphasised that the aim of the exercise is corrective measures and not closures of businesses, hence all business owners are hereby urged to comply with the conditions of their licenses to avoid unnecessary measures. Also, operating without the necessary business and/or operating licenses in place is a clear violation of the laws. Curbing noise pollution should be a collective and collaborative effort for all stakeholders, as once compliance is in place there will be no need for controls and measures by the Inspectorate and by extension by the Ministry of TEATT.

In response to the request for short-term solutions, the Ministry of TEATT has indicated increased controls in the country, not only in the direct vicinity of the hotels, but also throughout the country as a whole since most of the complaints against businesses in St. Maarten stem from noise pollution. As for the long-term solutions, a commitment was made by the Ministry of TEATT to hold a town hall meeting in which representatives and stakeholders from the hotels, businesses, homeowners’ associations along with the Community Police Officers (CPOs) for the areas will be invited to sit and discuss possible solutions to meet each other’s needs.

In the meantime, all business owners are strongly urged to have all relevant licenses at the establishment and to operate within the framework of the licenses, and avoid violations. “Noise pollution will not be tolerated and can lead to unpleasant measures imposed against the businesses,” it was stated in the release. “The controls by the Inspectorate of TEATT have been increased over the last few months and the department will continue to tackle the complaints that are pouring in at the ministry regularly to ensure proper compliance on a whole.”

The assistance of the public is requested in terms of filing the necessary complaints at the Inspectorate of TEATT via letter or email to This email address is being protected from spambots. You need JavaScript enabled to view it..