Collectivité to purchase PCR screening machines for use by local laboratories 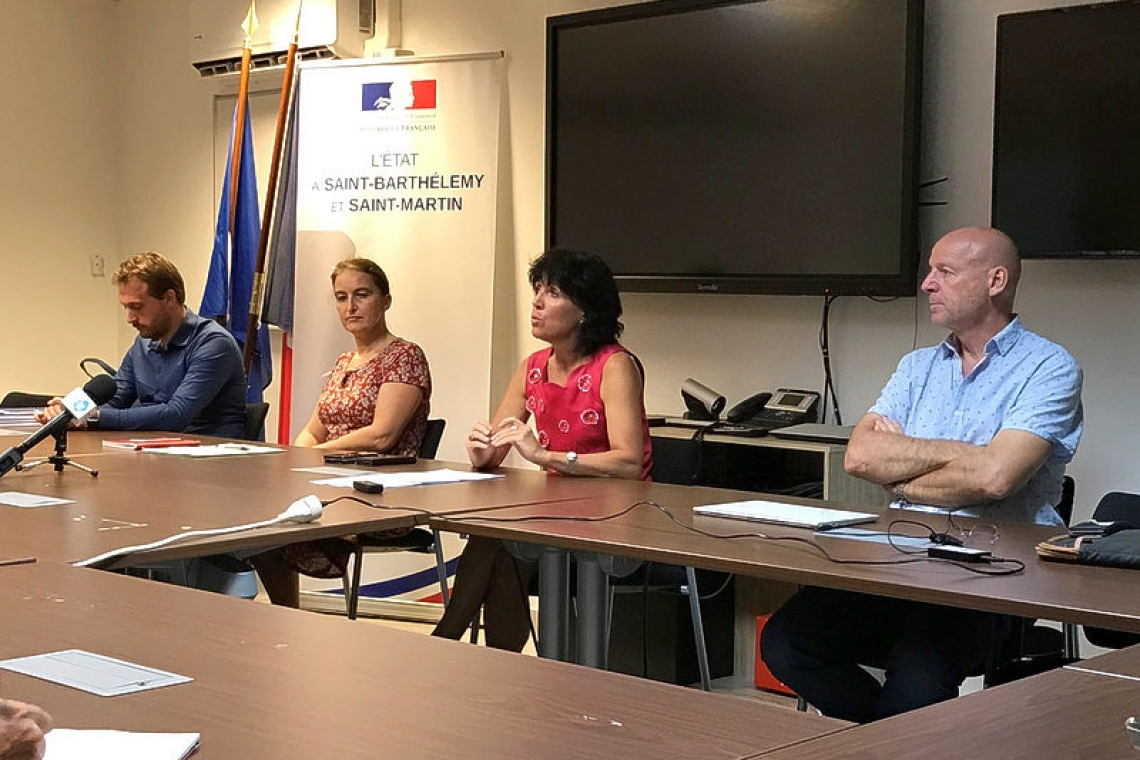 This contribution from the Collectivité amounts to a total of 190,000 euros sourced from European funds.

In partnership with the Collectivité and under supervision of the regional health authority ARS, Louis-Constant Fleming Hospital is currently assembling a mobile team of physicians who will visit the Sandy Ground, St. James, Agrément and French Quarter districts to conduct testing on a voluntary basis May 4-18. The District Councils are also involved in this operation. ARS will shortly explain how this mobile screening in the districts will work.

This joint initiative for testing has been agreed to with the ARS director and is part of the implementation plan for exiting the lockdown, the decisions for which will be taken in consultation with State representatives.

President Daniel Gibbs met with ARS Director-General Valérie Denux and Pointe-à-Pitre/Abymes University Hospital epidemiologist Professor Pierre Roger on Tuesday to discuss measures for stemming the spread of the virus in St. Martin. Denux and Roger visited St. Martin and St. Barths mainly in the context of planning for the exit of lockdown and expanding testing.

Denux gave the encouraging news that there is a significant decrease in acute respiratory infections reported by family physicians, noting also that the COVID-19 situation has stabilised in recent days, with no new cases, proving that the stay-at-home order is working and producing results.

However, it was deemed necessary to extend testing to all persons with even mild flu-like symptoms, which will support the continuing efforts to reduce circulation of the virus in St. Martin and contain any future cases.

At a press conference the same day, Denux said the conditions in St. Martin currently appear “favourable” for an exit of the lockdown announced by President of the French Republic Emmanuel Macron, but warned that any relaxation of hygiene regulations, social distancing and confinement now can send the territory back to square one and lead to a reinforced confinement.

“‘Favourable conditions’ does not mean the virus is not circulating in the territory,” she cautioned.

Expansion of testing will be carried out in phases and include people presenting mild symptoms, as well as persons who are asymptomatic but who might have been in contact with a positive case. Expanding tests should lead to a flattening of the curve of the number of positive cases.

ARS also said it is considering finding alternative housing for positive cases, to reduce the risk of contaminating other family members in the same house. Also, with a view towards the exit strategy, ARS is discussing the health protocols to implement for persons returning to St. Martin, regardless of where they come from, when travel restrictions are lifted. This will certainly include testing at the point of departure before boarding, Denux added.

Préfète Déléguée Sylvie Feucher said she has no intention of relaxing border controls to ease the flow of the population while the health situation of the island is still unstable.