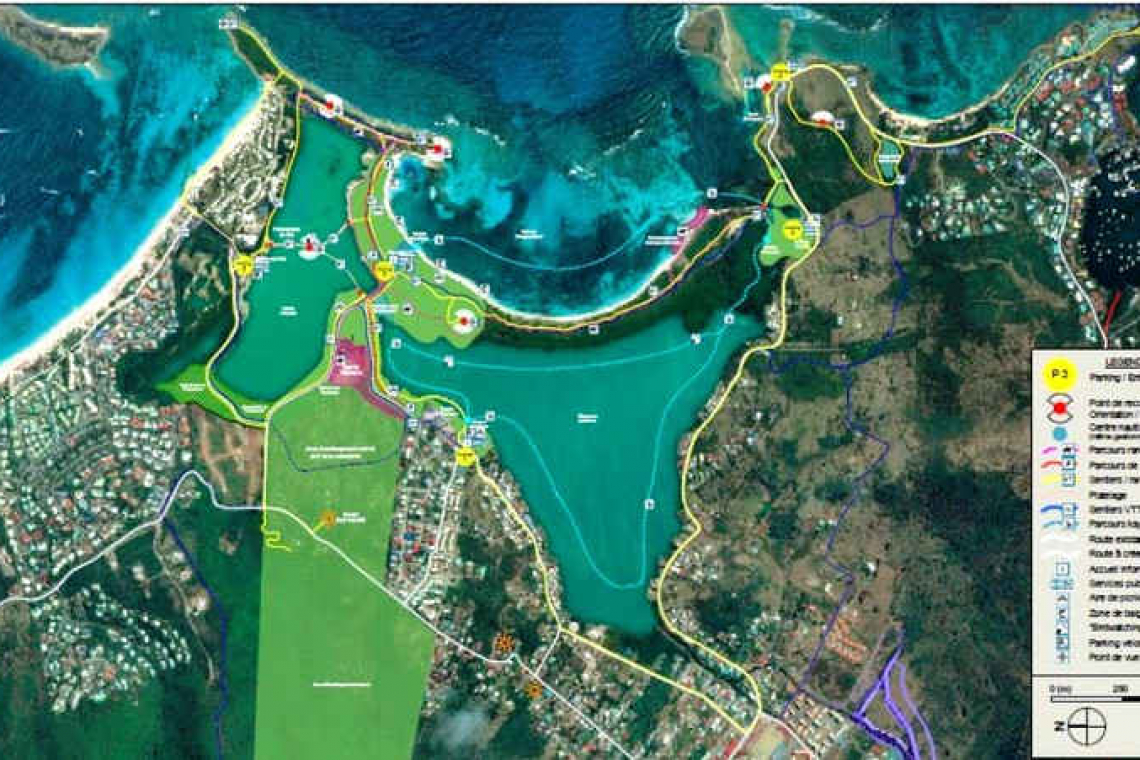 MARIGOT--The Collectivité and Conservatoire du Littoral say they are counting on the common sense and understanding of all to finalise development of Le Galion as soon as possible, a project that is to the benefit of the St. Martin population as a whole, that has appreciated and visited the area for decades.

However, work at the site has been stopped several times by fishermen and by neighbourhood associations since the first phase of work began in January 2020. The Collectivité said it had met with the complainants and assured them of its willingness to preserve the site, protect the mangrove swamp and allow free access to the public.

“This is a point that the Collectivité has always supported, as the intention is for Le Galion to remain a natural site accessible to all, without any construction or major tourist development,” the Collectivité emphasised in its release. “The vast majority of inhabitants in the area have understood the environmental interest of such a project for the bay area at the mouth of the river, which stretches from Oyster Pond to the fish pond on Orient Bay, and the importance of enhancing the Le Galion site which has long been abandoned.”

The Collectivité in partnership with Conservatoire du Littoral initiated a concerted development project for Baie l’Embouchure. The first phase of work carried out in 2016, initially involved demolishing the ruins of the former Le Galion with the aim of restoring a completely unspoilt and preserved area to the population. The Collectivité now intends to launch the second phase of the project, which consists of developing this natural site.

The land part of Le Galion is designated as a non-construction natural area, owned by Conservatoire. The Collectivité took over its management by agreement on December 9, 2019, and is currently supervising the development project, financed to the tune of 374,000 euros by Conservatoire du Littoral and the State.

In 2017, the Sustainable Development Department worked on a development plan focusing on responsible eco-tourism development of the site. Several meetings have been held in recent months with the residents of the sector and District Council No. 1 to explain the content of the project and the issues involved in preserving these natural areas.

Activity zones consistent with the site have been identified by the Collectivité, which is planning creation of new parking areas for buses, cars and bicycles to better serve the site, which covers approximately 300 hectares; creation of information points; a seaside area with nature discovery activities; creation of bases for nautical activities; creation of a salt museum with places to walk in the countryside; creation of hiking trails, mountain biking, horse riding and walking; and creation of seven observation points, picnic and rest areas set up in different places of natural interest.

All these facilities are planned with strict respect for the environment.

“The urgent need today is to be able to carry out the site’s restoration work begun in 2019 (phase 1). Once this work has been completed, a second phase is planned with construction of traditional picnic tables, the covering of the garbage shelter, installation of a children’s playground, creation of beach volleyball courts and a planting campaign,” the Collectivité concluded.