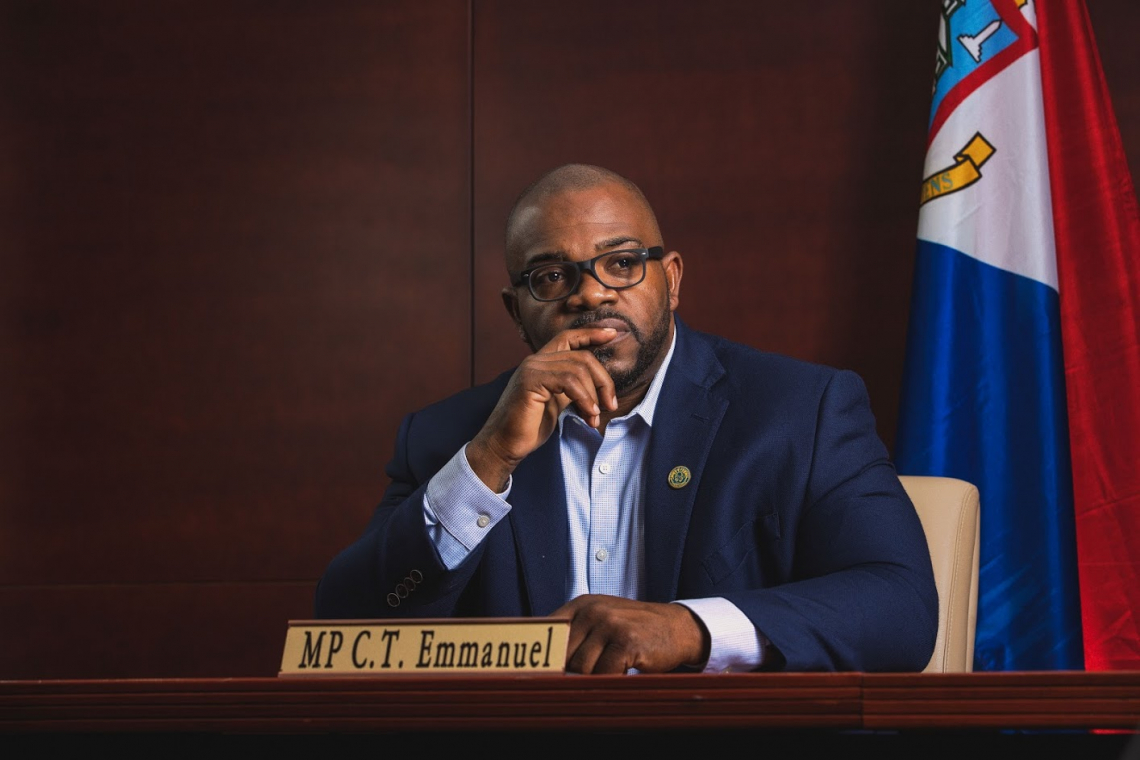 PHILIPSBURG--Independent Member of Parliament (MP) Christophe Emmanuel on Monday asked Finance Minister Ardwell Irion whether he will make an example of VROMI Minister Egbert Doran and hold him accountable over his mishandling of the Alegria affair that will now cost the tax-payer approximately NAf 500,000.

St. Maarten was ordered to execute the settlement agreement with Alegria Real Estate NV within 48 hours of service of the judgement for the granting of an area of 13,525 square metres of water rights in long lease. A bailiff handed over the verdict on Wednesday, September 9. Government then had two days to accommodate Alegria. Due to negligence on the minister’s part, the sanction came into force on September 12, 2020, imposing a penalty payment of NAf. 10,000 on the government for each subsequent day.

“So, if the media reports are true, the question is – will the Finance Minister and the Council of Ministers hold the Minister of VROMI personally liable for his in-action that will apparently cost the government and tax-payer money? Why should the taxpayer be the one to be burdened to pay-off the Minister’s mistake?” Emmanuel asked, adding that the country cannot afford to pay benefits to civil servants, but the Minister is casually making financial errors.

“The Minister of Finance was very bold and assertive when the opportunity arose to point fingers at former Ministers. He has the opportunity now to act just as assertively and do something about this gross mismanagement of government finances if reports are factual. Even more damning is Minister Doran would have chosen not to pay after receiving reminders. He doesn’t even have to wait for the Minister to be “former,” do something now,” Emmanuel said.

He added that the matter is made worse, again, by the complete blackout of information from government. He said the silence from government again “puts its arrogance on full display” as if they are not accountable to anyone. “This has become the norm for this scandal plagued government,” he said. Emmanuel also reminded that the Prime Minister also echoed Minister Irion’s statement when she said: “As ministers you have taken an oath and you are basically responsible for decisions made. If you did not follow the proper process or the official process and it’s not properly substantiated, you can be personally held liable. If this is proven to be [that proper procedures were not followed] in such a case, then the Council of Ministers will decide whether to follow up on it.”