CFT a no-show in Parliament 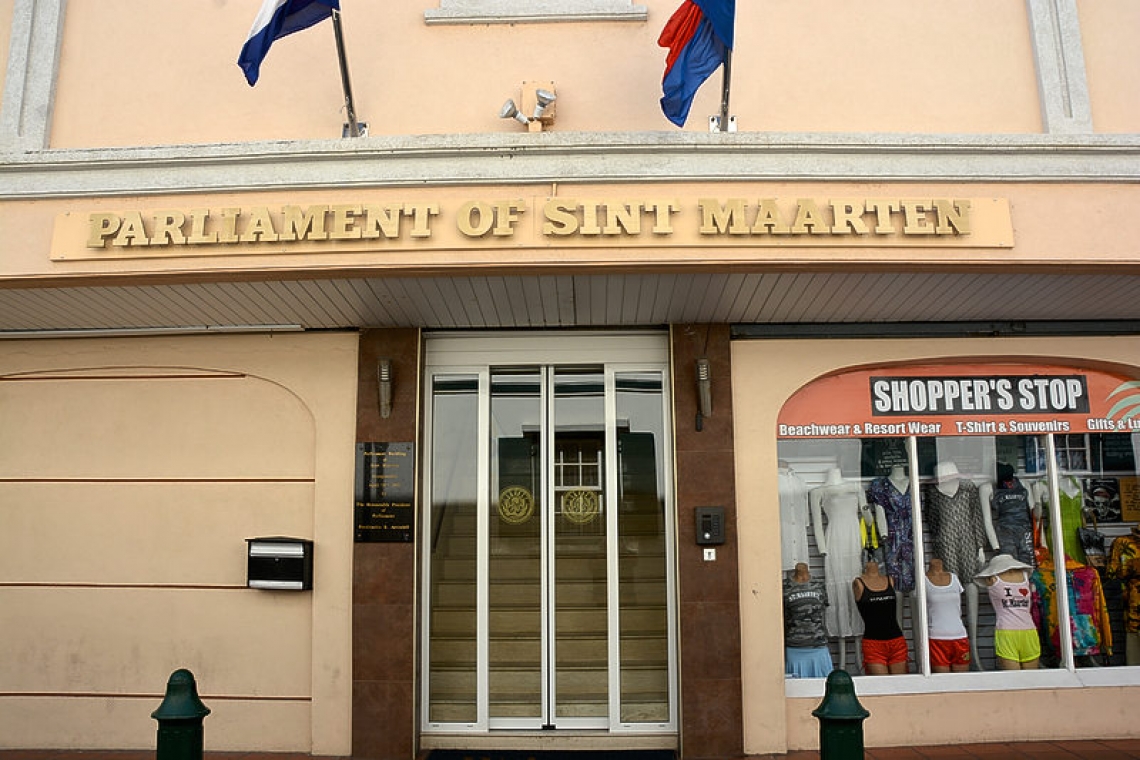 PHILIPSBURG--Representatives of the Committee for Financial Supervision CFT did not show up for a Central Committee meeting of Parliament on Thursday morning and reportedly did not respond to the meeting request by Parliament Chairperson Rolando Brison.

This is the second time this year that CFT was a no-show at a meeting where its presence was requested. In February, Members of Parliament (MPs) were unable to pose questions on the country’s financial situation as CFT decided not to show up after Brison denied its request for a closed-door session.

Thursday’s session was set to discuss the financial support needed for St. Maarten as a result of the COVID-19 pandemic, the country’s financial alternatives, and for CFT to explain the authority under which it operates.

At the start of the session, Brison said the meeting had been called because CFT had not reported to Parliament on these topics for the last six months. He said he had sent a letter to CFT last week inviting them to Thursday’s session, but the committee had not responded to the letter or his phone calls.

Brison read out an e-mail CFT Chairperson Raymond Gradus had sent Parliament in February when the body declined to attend the earlier meeting. “As has been customary since 2010, in all countries of the kingdom, the meetings with Parliament are of a private nature, since they share information based on the content of the confidential conversations.”

Most MPs were critical of CFT’s absence on Thursday.

MP Christophe Emmanuel of National Alliance (NA) said it was indicative of the kingdom’s democratic deficit, as CFT can operate without the obligation to report to Parliament.

CFT can unilaterally make decisions, but refuses to honour Parliament’s requests, said MP Claudius “Toontje” Buncamper of United St. Maarten Party (US Party). He also said that, after previous closed-door meetings between CFT and MPs, the committee had disclosed the information provided in those meetings in press releases and press conferences. He characterised this as disrespectful to Parliament.

United Democrats (UD) MP Sarah Wescot-Williams said it was unbecoming of CFT to not respond to the request and it should have at least provided a reason for its refusal to attend the meeting. She asked whether it was possible for Parliament to call St. Maarten’s CFT member Russell Voges to attend a meeting instead of the entire committee.

NA MP William Marlin said it was disrespectful of CFT to not respond to Parliament’s request.

On the other hand, Party for Progress (PFP) MP Raeyhon Peterson said that, according to the law, CFT has no obligation to come to Parliament to field questions by MPs. The committee only has to report to the Finance Minister, who subsequently could be called to Parliament.

Emmanuel countered this point by saying that CFT itself has said it was customary for the body to have closed-door sessions with Parliament. This is evidence that the committee can come to Parliament to answer MPs’ questions, he said.

Just because it is customary does not make it law, said Peterson, adding that MPs should not think they can compel an independent advisory body to appear before Parliament without a legal basis.

Considering that CFT submits reports and letters to Parliament, the committee does have an obligation to clarify if MPs have follow-up questions based on these reports, Buncamper said.

The current difference of opinion between CFT and government about whether St. Maarten has fulfilled the conditions for the second tranche of Dutch liquidity support is precisely why the committee should be answerable to Parliament. According to Buncamper, in this situation Finance Minister Ardwell Irion would answer MPs’ questions based on his perspective, while it would be beneficial to directly consult with CFT.

Buncamper said the CFT has “its reasons” for not showing up to Thursday’s meeting.

He questioned the need for secrecy, as the meeting’s agenda points were about the country’s well-being and not a matter of national security. “What is the big secret, or what is the big lie?” he asked rhetorically.

If CFT only wants to come to Parliament behind closed doors then this request should be granted, said Wescot-Williams, adding that the goal should be to gather the necessary information by any means.

Brison said the House of Parliament will seek advice on how to proceed with getting information from CFT.

The meeting was then adjourned until further notice.