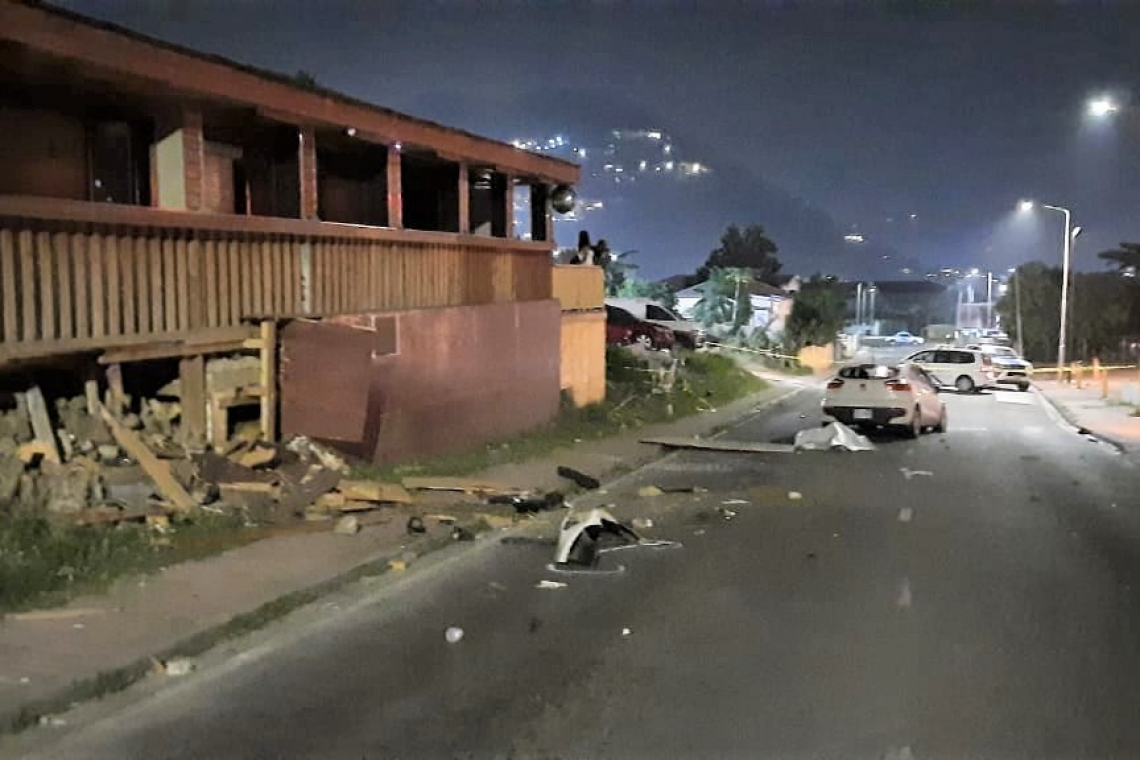 The car (center) involved in the fatal accident is seen on the scene early Saturday morning.

PHILIPSBURG—Beach boys on Great Bay beach are in shock. The life of their co-worker and friend D. was claimed by a reckless driver last night when he was walking on the sidewalk along A.J.C. Brouwers Road opposite ACE hardware store.

The fatal accident occurred at approximately 00.30am. Several police patrols and ambulance personnel were dispatched to the scene. Upon arrival, police found the man lying on the sidewalk and showing no signs of life.

D., who hails from Jamaica, had been walking up the hill in the direction of Kooyman Hardware, and was on his way home after nightlife had closed at 11pm. A woman driving a white Kia Rio came downhill from the direction of Cole Bay at high speed.

The driver lost control of the vehicle. As a result, the vehicle struck the edge of the sidewalk on the right-hand side of the road causing it to veer to the left. The car hit D. and slammed him against the wall of a bar opposite ACE.

D. died on the scene of severe head trauma. He was removed from the location by ambulance and officially pronounced dead at the St. Maarten Medical Center.

The driver of the white Kia Rio with license plate P-3998 was later arrested upon the instruction of the Prosecutor. The investigation will determine whether she was driving under the influence of alcohol.