Buncamper’s suspension as MP in effect, Voting Bureau to decide on substitute 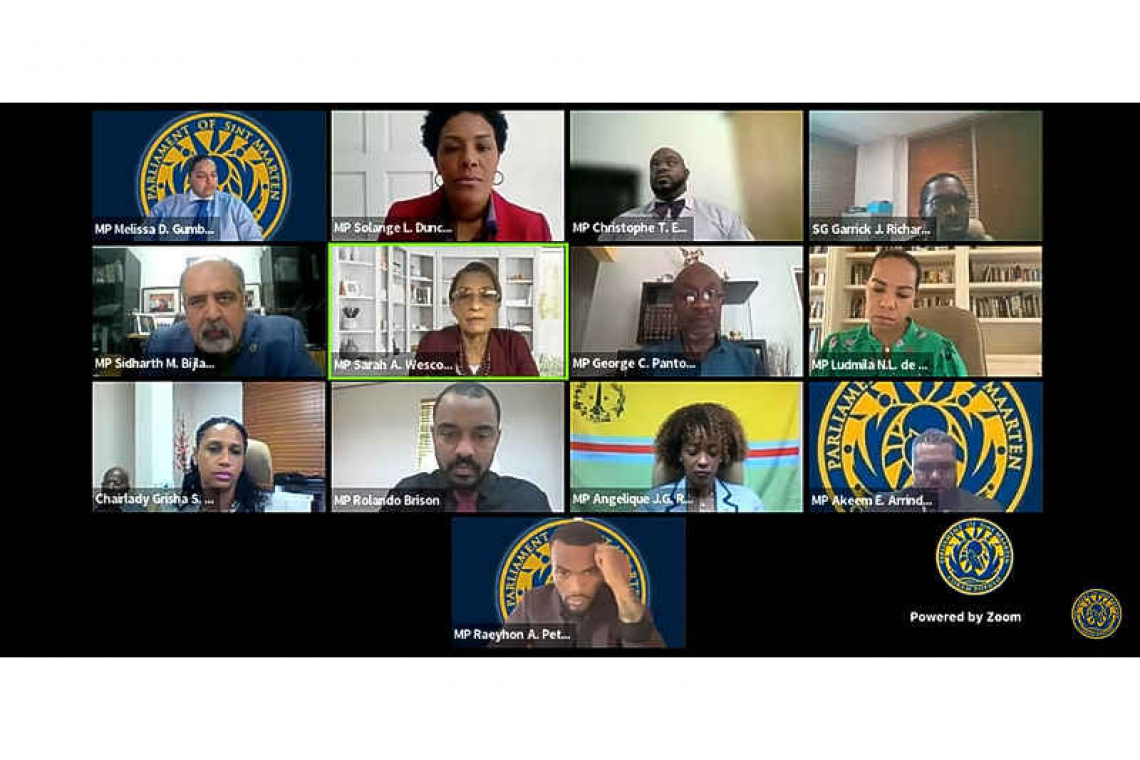 PHILIPSBURG--Independent Member of Parliament (MP) Claudius “Toontje” Buncamper’s suspension according to Article 50, Paragraph 2, of the constitution, is in effect. He is expected to receive a letter to this effect today.

Buncamper will continue to receive his remuneration, but is prohibited from exercising the powers attached to the office of an MP. His representative, supervisory and legislative powers are suspended, MPs were told in a virtual public session on Thursday. Depending on the outcome of his appeal case, it will then be determined whether the suspension will be lifted or whether he loses his seat permanently.

Article 50 paragraph 2 of the Constitution prescribes two grounds that lead to the suspension of an MP. The first regards an MP who is in pre-trial detention and the second ground occurs when an MP is sentenced to a custodial sentence by a court order. Both pre-trial detention and judicial convictions must, however, concern certain categories of offenses. The offenses that Article 50 of the Constitution designates are mostly crimes against the public authority, violation of secrets and official crimes. The Public Prosecutor’s Office notified Parliament of Buncamper’s conviction on December 30, 2021. MPs discussed the letter in a virtual meeting on Thursday.

Parliament has started the procedure to initiate and comply with the provisions of Article 50, paragraph 3 of the Constitution, for the appointment of a substitute MP. The Central Voting Bureau will be informed and will then be required to act in accordance with article 115 of the Electoral Ordinance to appoint a substitute Member of Parliament. After that is done Parliament will have to verify the credentials of the substitute Member to be admitted to Parliament, then he or she can function as a “full” MP, Chairperson of Parliament Grisha Heylgier-Martin said during Thursday’s meeting.