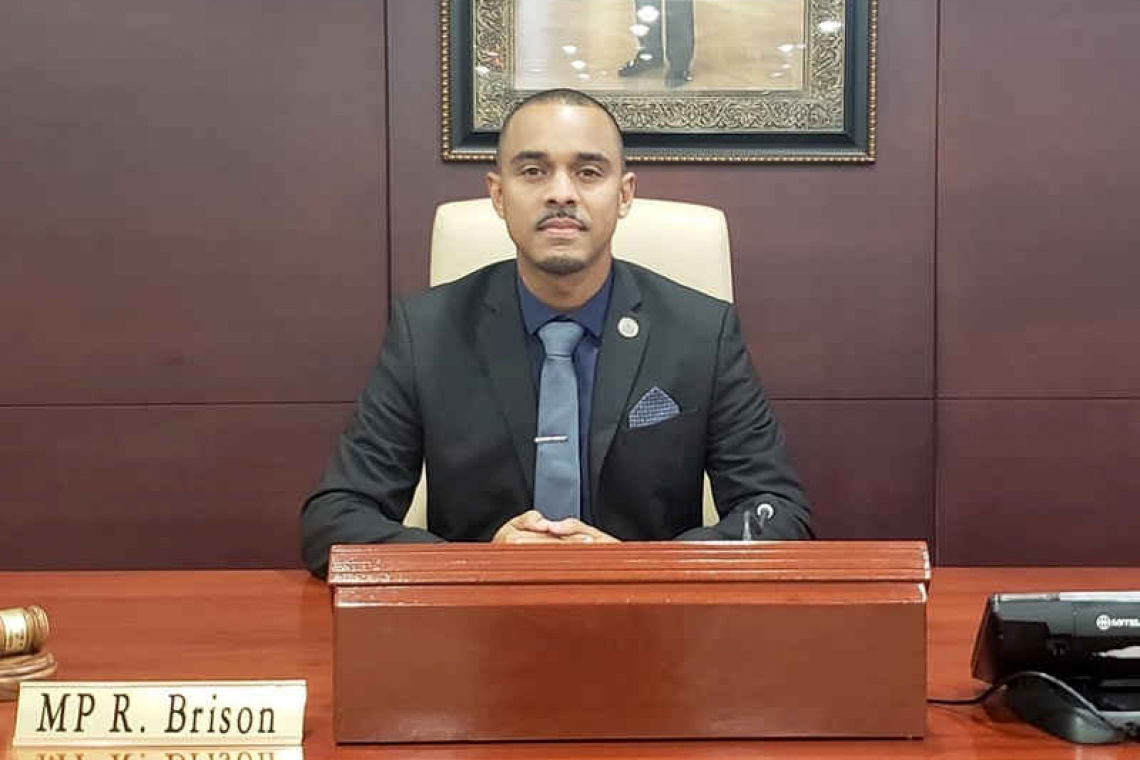 The MP said in a press statement on Sunday that this is an opportune time to present such a draft, with fuel prices at record highs and many economic experts predicting the prices will continue to rise.

“The United People party has always been pro-business and pro-labour, as it is the business sector through ToT and the labourers’ wage taxes that gives the government the largest financial means to provide for the public.

“While these sectors provide for us in good times, the government must give back in tough times. Fuel has a direct impact on the cost of doing business in St. Maarten, and also directly affects the spending power of the labourer. As co-legislator with the government, Parliament has to recognise the limits the government has in providing relief. We need to step up for the people, and I hope with support of the Parliament we will be doing just that by means of this draft law,” stated Brison.

The UP party applauded the current efforts to provide fuel relief by government, which would entail a reduction in the excise tax on fuel. “While a reduction in the excise is a commendable effort of providing fuel relief, this does not address the untenable situation where fuel is taxed twice on both wholesale and retail. The best way we have come up with to provide additional relief is by amending the ToT tax law, where a new article 8a is added to allow government to make the necessary adjustments to the ToT rate on fuel by national decree” explained Brison.

He said the law would open the door for government, on the proposal of the Minister of Tourism, Economic Affairs, Transport and Telecommunication (TEATT), to make periodic adjustments to the ToT rate on fuel. “The Current ToT law does not allow for an adjustment or removal of the ToT rate on fuel without going through Parliament. This, in our opinion, should be mandated to the government, as the time it takes to bring such an adjustment to Parliament each time is not practical and does not give immediate relief to the people. I believe here is where, as Parliamentarians we need to step up and supplement the efforts of the government to bring much- needed relief to the people of St. Maarten.”

The MP said he has taken into consideration, the effect this may have on the finances of the government, but notes that lowering the cost of fuel allows businesses to remain active and competitive, and gives more spending power to the average citizen. “The money someone is not spending on fuel, may be spent someplace else locally, where ToT is still due. It is possible that the financial impact of reducing the income on fuel may not be as large as we think. But the draft law leaves it to the Ministers of TEATT and Finance to come up with a ToT rate on fuel that balances the need to provide relief with the need to generate much-needed income for the government. The upward and downward adjustment to the rates needs to be done strategically, and the draft law leaves it to the government to come up with the best methodology. For example, in times when fuel prices bottom out as they have done sometimes in the past, an upward adjustment to the ToT rate can help keep fuel prices stable and generate additional income. Just as in good economic times the government can enjoy more tax income, so must the government consider providing relief in tough economic times, even at the cost of reduced tax receipts. This draft law simply mandates the Minister of TEATT to propose the necessary relief in a National Decree, containing general measures, in the best interest of the country.”

The draft law is currently under review by the secretariat of Parliament, after which it will go to the council of advice for its review. Once that is completed and if the advice is positive, the MP hopes to have the law debated at Parliament soon after.