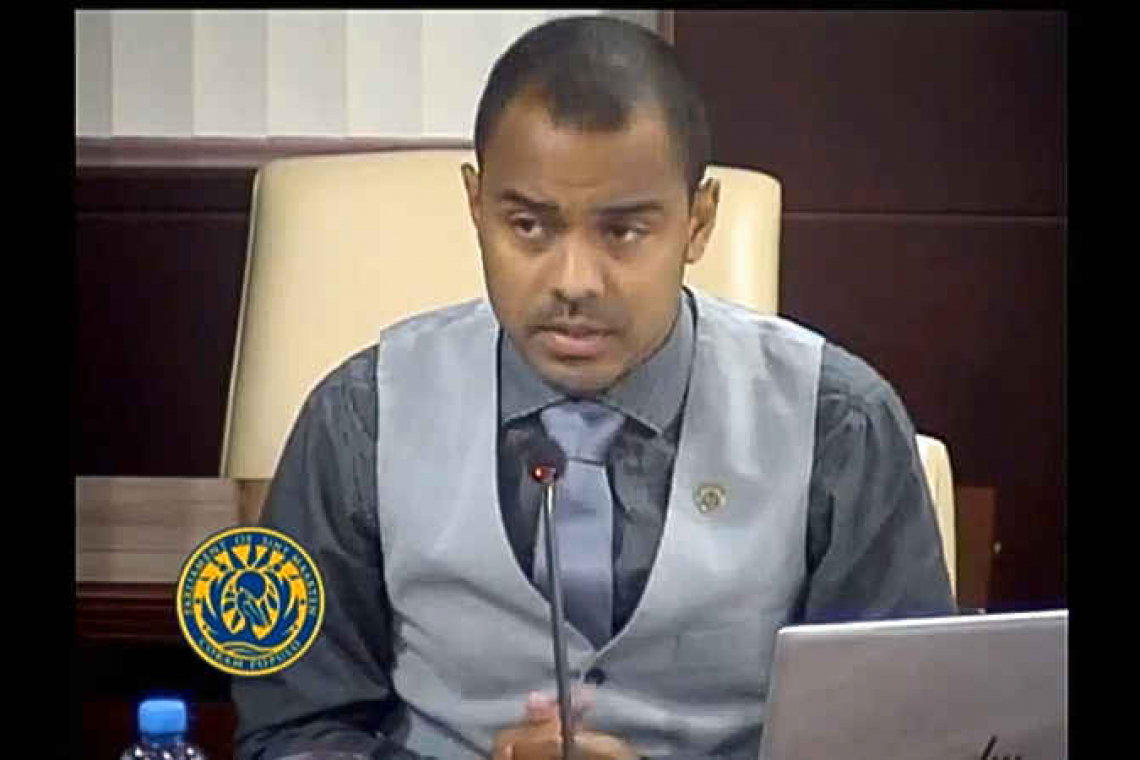 PHILIPSBURG--Chairperson of Parliament Rolando Brison has called on Prime Minister (PM) Silveria Jacobs to initiate the finalisation of the country’s decolonisation process in keeping with a motion passed by Parliament on November 5, 2020.

In a letter to Jacobs dated May 14, sent on behalf of the Parliament of St. Maarten, Brison said before and after the passing of the motion and the establishment of Parliament’s Permanent Committee for Constitutional Affairs and Decolonisation (CCAD), a number of developments had occurred, including sentiments being expressed in the First Chamber of the Dutch Parliament (“Eerste Kamer”), the Senate, during a debate with the state secretary of kingdom relations on April 6, and a motion presented by Senator Paul Rosenmöller on April 6, passed by the Dutch Senate on April 13.

“All these developments underscore the need to finalise the process and have created a solid basis for doing so expeditiously,” Brison said in his letter.

“The core of that basis is the consensus between Aruba, Curaçao, St. Maarten and the Netherlands that the current Kingdom Charter (“Statuut”) needs to be structurally amended.”

He said the positions of a number of political parties in the Netherlands as outlined in their respective party manifestos where it relates to (future) kingdom relations, coupled with the mentioned sentiments and motion of the Senate of the Netherlands and the subsequent follow-up, offer a good opportunity to start deliberations within the kingdom to finalise the decolonisation process.

“In doing so, a simplified structure of the process for the dismantling of the former Netherlands Antilles which took place between 2005 and 2010 can be used as a point of departure, supported by the documentation and research gathered since then.”

The Member of Parliament stressed that this process is a deliberative one, which should and will therefore not interfere with the current ongoing negotiations between the government of St. Maarten and that of the Netherlands regarding financial support and governmental reform.

“I hereby kindly suggest that you send a proposal to the Kingdom Council of Ministers, in your capacity as minister charged with general affairs, to initiate the finalisation of the decolonisation process based on, among other things, the relevant motions of the Parliament and Senate of the Netherlands and the Parliament of St. Maarten.”

He continued: “The proposed objective is to organise at least one initial Kingdom Conference/Round Table Conference with the six islands in the Dutch Caribbean in the latter part of this year, and one or more subsequent formal rounds of political consultations in order to finalise the process, with a joint technical support team preparing these consultations. The Parliament of St. Maarten, in its capacity of legislator, will, of course, support and facilitate this process and play its part in close communication and cooperation with all involved where and when required and possible.”

Brison said a copy of his letter will also be sent to both the Dutch Parliament and Senate, in order to inform them accordingly and initiate a joint discussion on the legislative actions required to support and finalise the process.