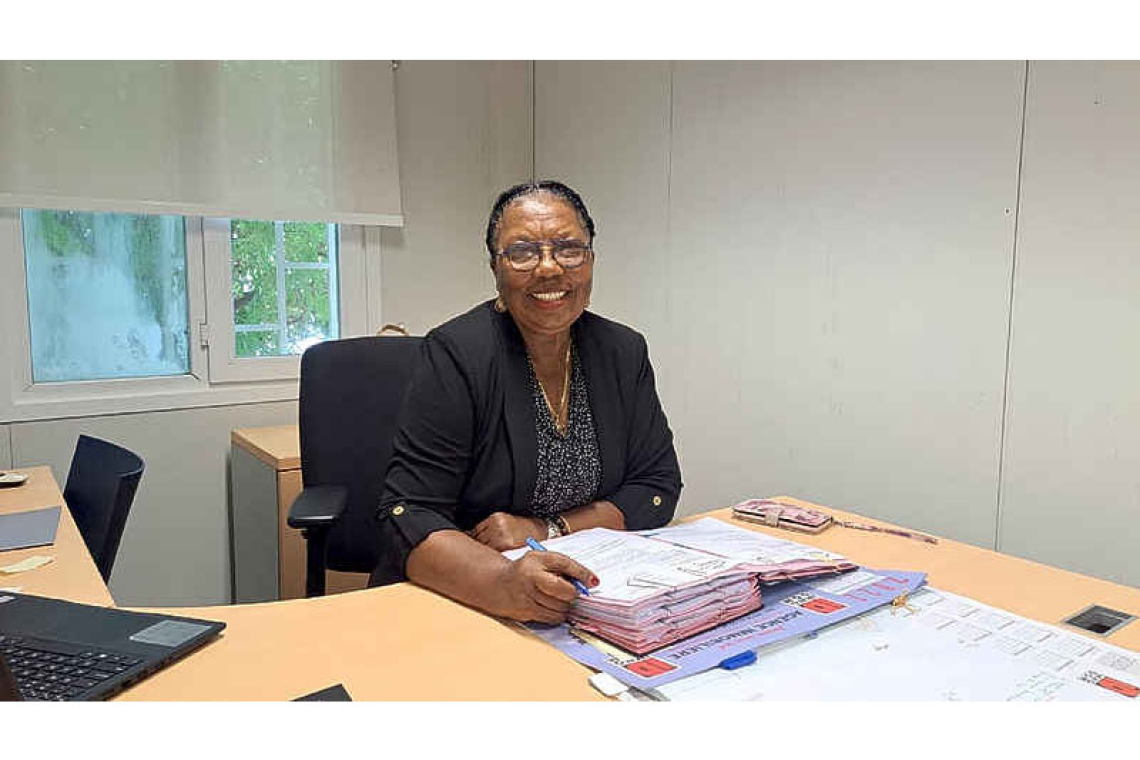 MARIGOT--Second Vice-President of the Collectivité Bernadette Davis is reluctant to talk about tourism, given it is not part of her already very demanding “cadre de vie” (living environment) portfolio, but consented to impart some of her thoughts on the state of the French side while discussing other subjects in the news.

A tourism industry veteran for many years and former French-side tourism office director, Davis admitted she is very concerned that hotel and room inventory on the French side is severely depleted and that outside investors are as elusive as ever.

Currently the only positive hotel opening news is Le Beach (new name pending) on the road to Sandy Ground, set to re-open in October 2023 following a 40-million-euro renovation. Construction appears to be progressing well. The four-star hotel will have 139 rooms and 17 penthouses; two restaurants, one of which will be on the rooftop; and a 200-seat conference centre. A fitness centre, spa and wellness centre, boutique and outdoor swimming pool are also included in the plans. 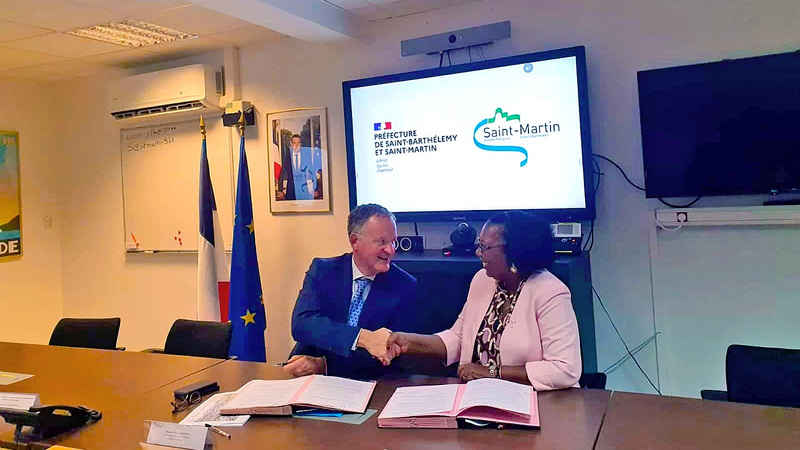 Other than that, no chain hotel interest. Besides, the French side has no desire to duplicate what is on the Dutch side, but to complement what they have with smaller up-market boutique hotels.

“We’ve got to get investors in here,” Davis stated emphatically. “You cannot consider yourself a tourist destination with just a few hotel rooms. That’s not serious. You have to be innovative and come up with new ideas to attract investors and this side of the island has to be attractive to do that.”

This is ground that has been covered before with all sorts of incentives, but potential investors keep dropping out. The latest roadblock to investors was restrictions in the natural risk prevention plan PPRN brought out after Hurricane Irma, but that has finally been settled. Or has it?  Davis disagrees.

“There are aspects of it that are not conducive to tourism development,” she argued without being specific. “We can’t have that. It will take us out of the game. This is a tourism island and unless there’s another industry that is going to be substituted, we are very much in that playing field. In that sense we must not be denied.”

On a more optimistic note, she said St. Martin Tourism Office President Valérie Damaseau is working on a document for potential investors that promises to be “very attractive.” Davis also insists there are local St. Martiners who have property with investors who are backing them.

“We have to make it possible for them by removing any roadblocks. I’m sure with this government we will see a change.”

As Davis was involved in the repairs to the wooden decking on the perimeter around Marina Port La Royale, the question arose as to why still no major project is starting there. She was guarded in her answer, but also defended the recent repairs and general facelift. She indicated “legal wrangling” as the cause of the never-ending delay. The concession is supposed to be handed back to the Collectivité from Semsamar.

“It is frustrating that it hasn’t been solved, but it will be solved. We are in a negotiating phase right now and there will be a new marina, as before and better than before,” she said.

Davis said St. Martin is very fortunate when it comes to paying for electricity. Residents in St. Martin pay only a quarter of the electricity price that is normally charged in France.

“We don’t pay the full cost to provide electricity for this territory. Basically, it is subsidised by France thanks to Solidarité National. The Dutch side don’t have this benefit, as Holland did not transfer the discounted amount to St. Maarten.”

In return for this benefit, the state asks that an effort be made in looking towards implementing renewable energies.

“We have committed to reduce fossil fuel usage by 25% by 2030 by using alternative energies such as solar, wind, liquid or solid biomass, etcetera,” Davis explained. “We are all supposed to be responsible eco-citizens. We know that what Electricité de France (EDF) is using is extremely polluting, but they are a partner and fully on board with this initiative. This is what we are working on, a strategic plan for energy.”

The Steering Committee of the Multi-Year Energy Programme (PPE) of St. Martin met to approve the launch of the drafting of the framework document of the energy policy for the period 2024-2033.  Members present included the electricity network manager of EDF Guadeloupe.

The first steering committee meeting for the drafting of the PPE provided an opportunity to recall the regulatory framework specific to St. Martin and to approve the methodology and general conduct of the work.

Davis recalled the constraints and expectations of the territory that will be at the heart of the reflections throughout this work. These are: “to ensure the distribution of electricity at a fair cost for all citizens of the territory, to pursue the development of renewable energies, to move towards a better control of energy demand and take into account the socio-economic and environmental issues related to energy transition in St. Martin.”